12 Signs an Aquarius Man Is Using You 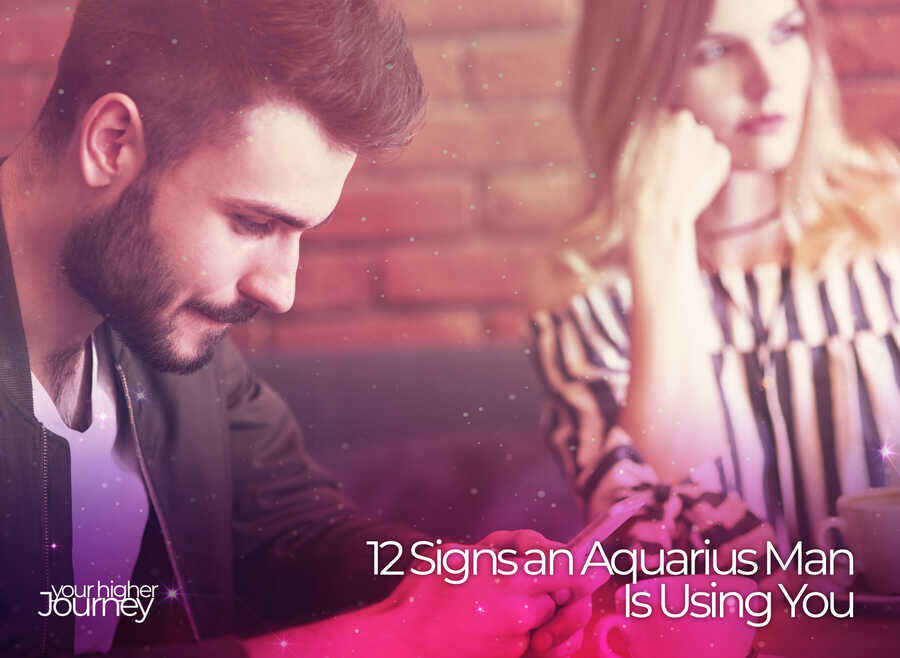 Aquarius is the zodiac sign of the Water Bearer, and they are known for being quite unpredictable.

They can be intellectual one minute and then emotional the next. In a relationship, an Aquarius man may seem like the wind, ever-shifting into whatever direction suits him best. If you start to feel this way, might he be using you?

Here are 12 signs that an Aquarius man is using you so that you can know where you stand with this unconventional yet potent lover.

This Post At a Glance show
1 Signs An Aquarius Man Is Using You
1.1 1 He Doesn’t Keep His Promises
1.2 2 He’s Easily Irritated
1.3 3 He’s Acting Selfish
1.4 4 He Doesn’t Introduce You to Friends or Family
1.5 5 He’s Stubborn and Won’t Compromise
1.6 6 The Relationship Is Detached and Primarily Sexual
1.7 7 He Expresses That He Isn’t Into Commitment
1.8 8 He Changes Plans All the Time
1.9 9 He Only Engages in Superficial Conversations
1.10 10 He Doesn’t Respect the Things You Do for Him
1.11 11 He Avoids Talking About the Future
1.12 12 He Completely Ghosts You
2 Signs an Aquarius Man Is Using You: Final Thoughts

Signs An Aquarius Man Is Using You

1 He Doesn’t Keep His Promises 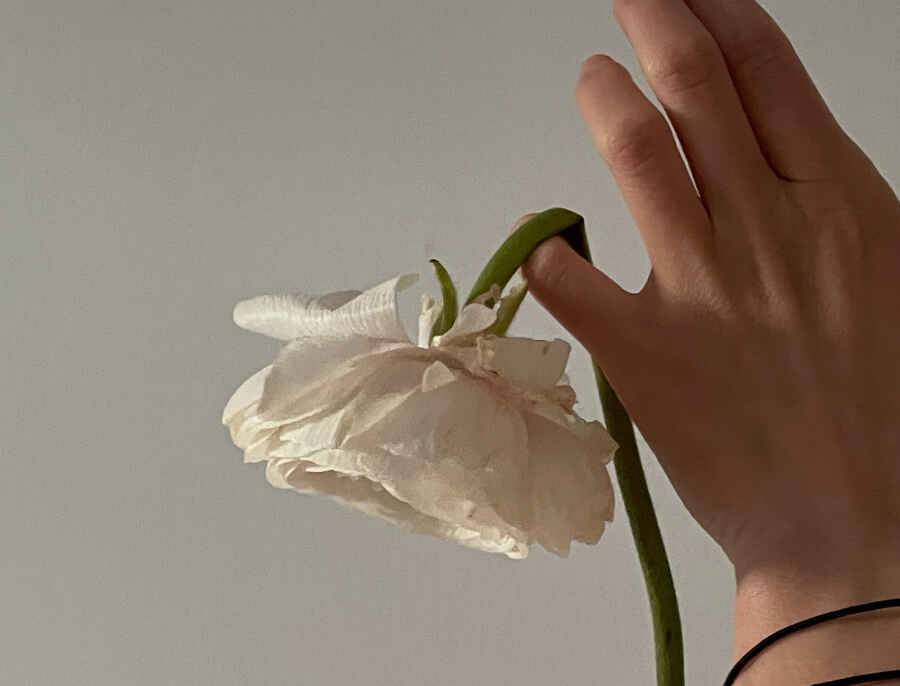 Aquarius is a sign that is focused on the future, so if he’s not keeping his promises to you about when and where you can hang out together, it could be because he doesn’t see a clear path forward in your relationship.

You may notice him canceling dates or showing up late all of the time. He may promise to help you with something, then go MIA. You may be chasing him for a commitment. It could even feel like you are dating two different people – he’s either not showing up at all or is being overly romantic and affectionate.

This isn’t the fun-loving Aquarius that everyone knows! It’s possible that he is giving this affection to someone else and doesn’t have enough time or attention to hold up his end of the bargain with you.

Aquarius is known as the water-bearer and they have a tremendous ability to hold the emotions and experiences of others without letting them affect their own well-being.

If your Aquarius man is easily irritated by everything that you do, this is quite out of character and something may be wrong.

He may lash out at you when you least expect it, and you may feel like he’s blowing things out of proportion. He could even say horrible things to put distance between the two of you or make a direct attack on your character in order to get back at you for something that didn’t go his way earlier in the day.

If this is going on, something is seriously wrong. It could be that he’s been unhappy for quite some time and has built up a lot of resentment towards you without even realizing it, or there may be another person in his life who makes him feel better about himself than you do.

Aquarius is the sign of friendship, so if he’s acting selfishly towards you, it could indicate that he doesn’t feel a deep sense of companionship with you.

You may notice that your Aquarius partner isn’t thinking about your needs anymore – only his own. He may even suggest doing things for himself without inviting you along.

The things that used to bring the two of you closer are no longer a priority anymore. If this is going on, it could indicate that he’s trying to pull away from you without completely cutting the cord.

4 He Doesn’t Introduce You to Friends or Family

You may notice that your Aquarius man isn’t introducing you to his friends or family members.

While it’s natural for people to take things slowly, if he hasn’t introduced you after several months of dating or even years of being together, something may be wrong.

An Aquarius man will not want to broadcast his relationships, especially if he isn’t sure where the relationship is going. But at a certain point, he should feel comfortable enough to introduce you and bring you around his friends.

If this isn’t the case, it could be because there is someone else that he wants to spend time with and may have already introduced them to his inner circle. 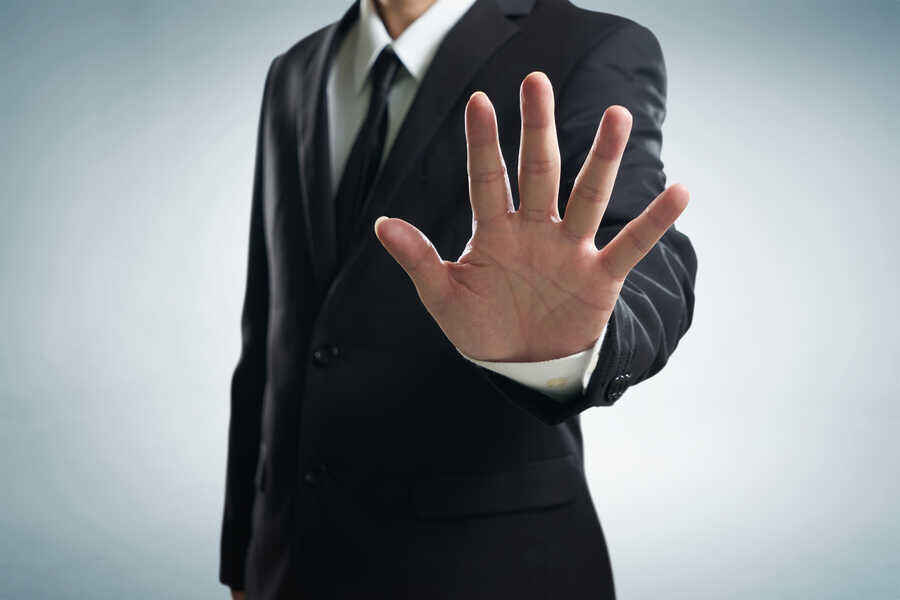 Aquarius is known for having an independent spirit and a stubborn streak. If your Aquarius man is acting like he needs to have everything done his way, this could indicate that he thinks of you as more of an accessory than someone who has equal footing in the relationship.

An Aquarius man may struggle with being in a relationship for this very reason – they don’t want anyone else having control over them or telling them what they can do. If you notice that he’s acting this way, it could indicate that he doesn’t have a deep sense of commitment to you and is just living in the moment.

6 The Relationship Is Detached and Primarily Sexual

You may notice that your Aquarius man is spending more time with you when it comes to sex and less in other areas. Perhaps all of your dates are at his house and rarely include romantic elements such as homemade dinners or deep intimate discussions.

While an active sex life between you two is great, if he’s cutting off the emotional connection, this could be a sign that something isn’t right.

If your Aquarius man is just seeing you for sex, it’s likely that he has lost interest in getting to know the real you and is primarily focused on satisfying his physical needs.

If he starts to ask questions about more adventurous bedroom activities such as seeing multiple partners together, it may feel like he is trying to get to a deeper level with you. But if you still haven’t met his friends, learned much about his past, or shared much about yourself, he is clearly trying to satisfy his sexual needs without having to invest in the relationship.

7 He Expresses That He Isn’t Into Commitment 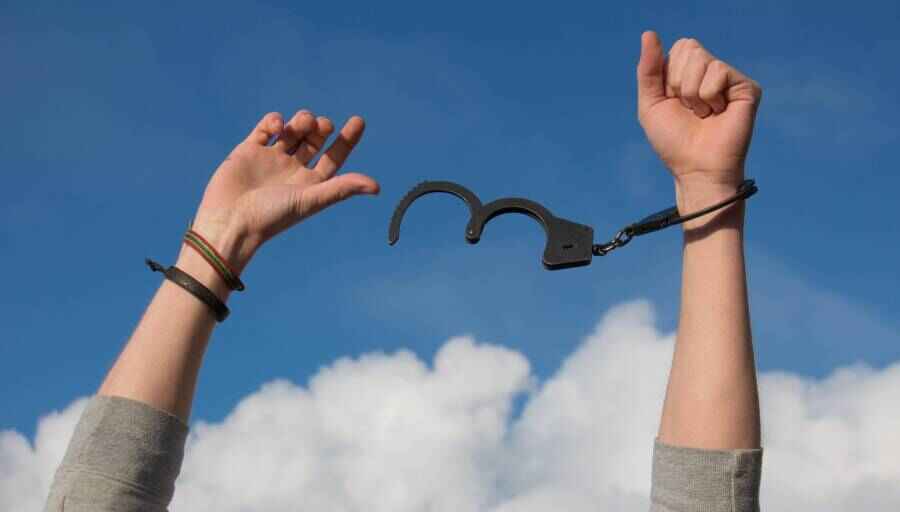 An Aquarius man can sometimes struggle with committing quickly to relationships. He often takes unorthodox approaches to friendships and life in general, which can make it hard for him to settle into a traditional relationship structure.

In fact, he usually will start relationships with people that he is already friends with because he can then date people who understand his alternative approach to life.

He’s an intelligent and well-communicated man that doesn’t have hesitation when telling you that he doesn’t feel that commitment is for him right now in life. It’s unlikely that this man will hide these details from you or manipulate you into thinking otherwise.

While this is one of the most ethical ways an Aquarius man can let you know that he’s using you, it’s also one of the most direct and disappointing. When he tells you where he’s at, believe him. These men hate clingy partners who try to change their minds and force them into a relationship.

It’s better to walk away or at least wait for a different period of time when he is willing to commit.

8 He Changes Plans All the Time 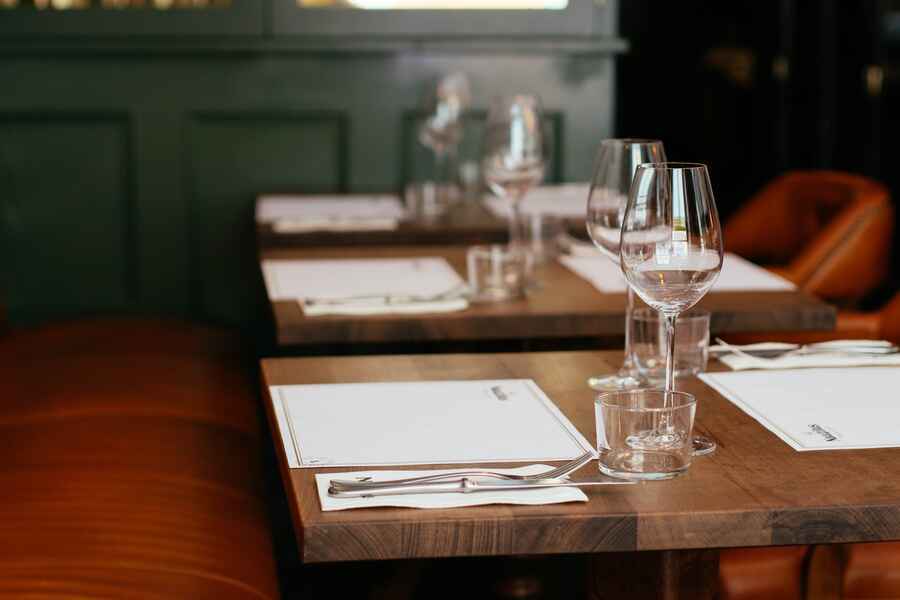 An Aquarius man is known for being somewhat unreliable when it comes to plans. They are often so caught up in the moment that they forget their promises or simply don’t feel like following through with them.

If your Aquarius date cancels on you at the last minute, this isn’t an indication that he doesn’t care about you – it’s just his way of being himself.

If this happens more than once, you may want to reevaluate the relationship and make sure that your expectations for what a committed partnership means match up with what your Aquarius man is thinking. Ask him to make you a priority in his life. If he is receptive, there may be hope for the relationship; if not, it might be time to move on.

9 He Only Engages in Superficial Conversations

Aquarius men are ruled by air and have witty and intellectual personalities that can engage in deep, meaningful conversations. If you only ever have superficial chats with him, it may be a sign of intellectual laziness or disinterest on his part.

He is aware that deep conversation can make relationships more intimate, so if it’s never brought up conversationally, he might be trying to keep your feelings at bay while stringing you along with the small talk.

10 He Doesn’t Respect the Things You Do for Him 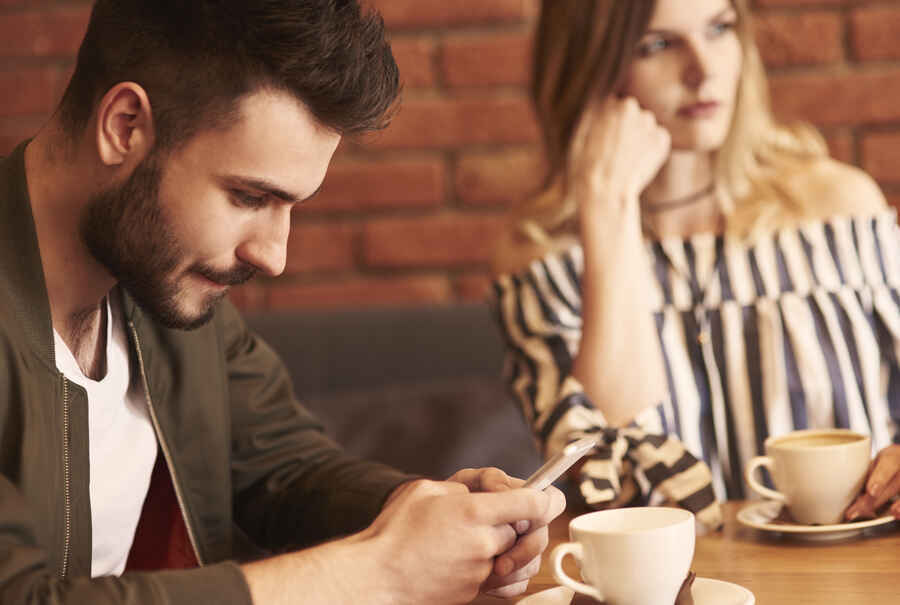 You may be noticing that your Aquarius man isn’t as serious as you’d like. In response, you begin to do more things for him, such as cooking and cleaning to show your support.

But if he isn’t offering you the same amount in return or still doesn’t take much interest in how you feel, this could be a sign that he is uninterested in committing himself fully to you.

In fact, since Aquarius men are so independent and self-sufficient, you may push them away by trying too hard for their affection and attention.

Bring it to his attention that he hasn’t been as supportive as you’d like and see what happens. If he doesn’t say much or seems upset by the conversation, he may be using you and unwilling to take the relationship to the level of mutual effort and respect.

11 He Avoids Talking About the Future

Ask him what he thinks about the future and what his plans are. If he doesn’t seem to have an answer or brushes you off, it could be a sign that you’re more of a hookup than someone who is actually on his mind romantically.

If he says something like “I’m not really clear on what my future holds,” you will know that something is off. Aquarius men are naturally very future-oriented and spend a good amount of time clarifying what they want out of life.

They usually have specific plans for themselves, so if he doesn’t seem to know what’s next or where his life is headed, this could be a red flag that he isn’t serious about the relationship and will not make you an important part of it in any way.

12 He Completely Ghosts You 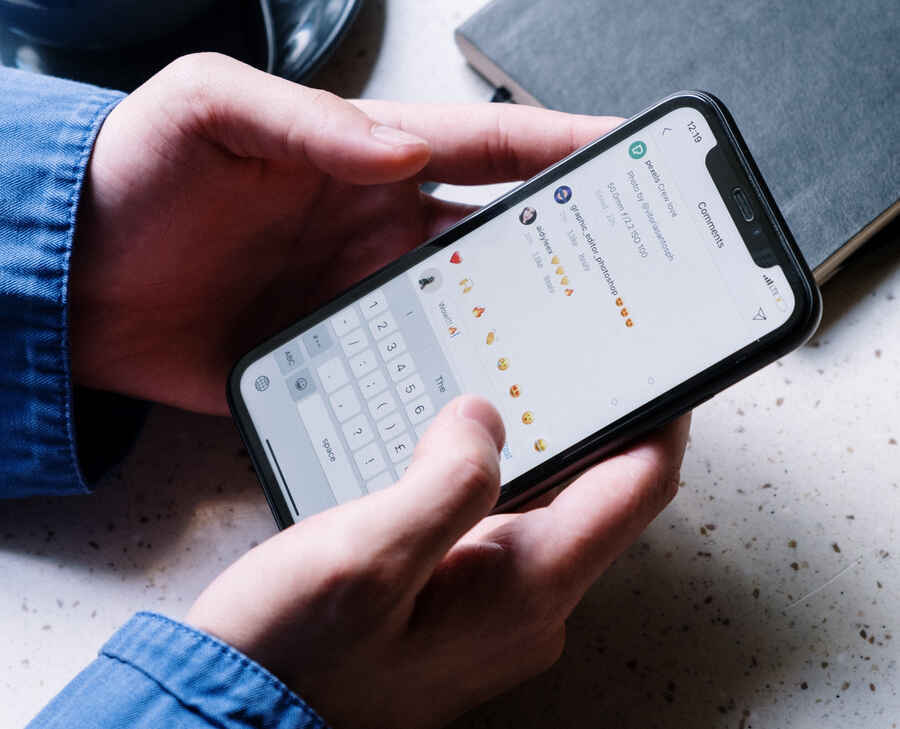 It’s a sad truth, but the Aquarius man has the capacity to completely cut off the relationship without giving you any advanced warning.

An Aquarius man won’t feel bad about ghosting you because it’s not in his nature to ruminate for too long about how you feel. It’s not that he doesn’t care about your feelings, but that he has already made a decision for his future and feels it is best to focus on that.

If he completely disappears from your life, it may be a sign that you were just there for him when he needed something and not someone who was truly special to him.

Signs an Aquarius Man Is Using You: Final Thoughts

Although Aquarius men are known to be independent, forward-moving, and a bit stubborn, they actually make incredibly loyal partners. If you can figure out what motivates them and how they think, the relationship has a chance to be very fulfilling for both of you.

If your Aquarius man is just looking to have fun with no strings attached or isn’t committed yet, it may be time to move on before either one of you gets hurt. Make sure you’re not wasting your time with someone who won’t give you what you need.