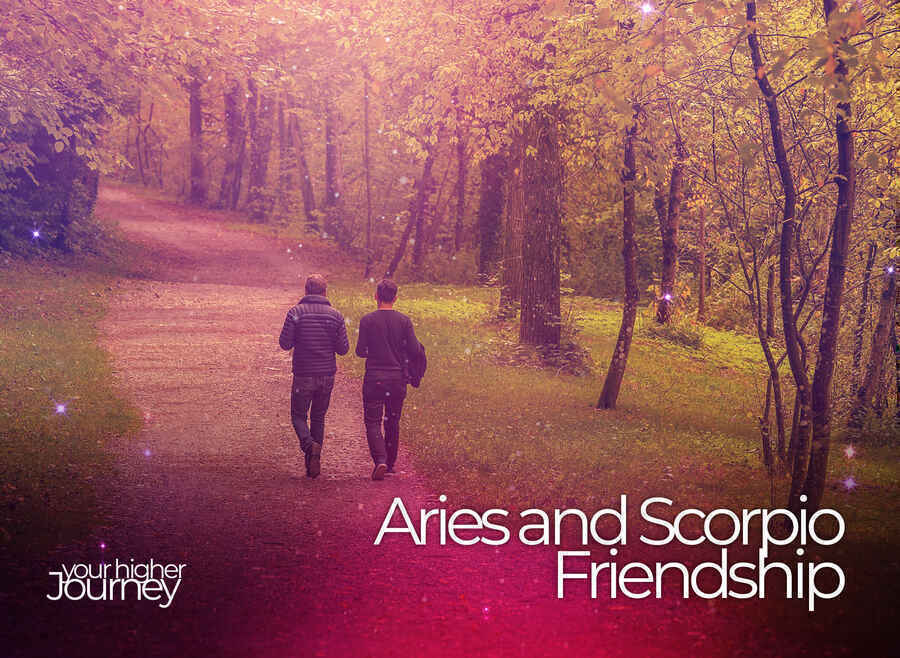 Aries and Scorpios are pretty similar in their traits.

Both love to uphold their authority and power over others. Such a dominating behaviour sometimes results in conflicts and clashes. Aries voice their loyalty often, whereas Scorpios possess a profound sense of devotion to their relationships.

However, if they succeed in harnessing their volatile temperaments, these two zodiac signs can build a firm friendship for a lifetime. The energetic rams are the initiators. They take the first step to create their friendship with control freak Scorpios.

Aries is a fire sign, and Scorpio is a water sign. Although water and fire often do not go well together, in their friendship, this powerful mix keeps them interested in each other.

Even if they have conflicts, this dynamic duo gets along well and has great fun together. The similar yet different life approach lays a solid foundation for their friendship.

Continue reading to know what makes the connection between Aries and Scorpio grow better over time.

Aries And Scorpio Friendship – Pairing Of The Introvert And The Extrovert 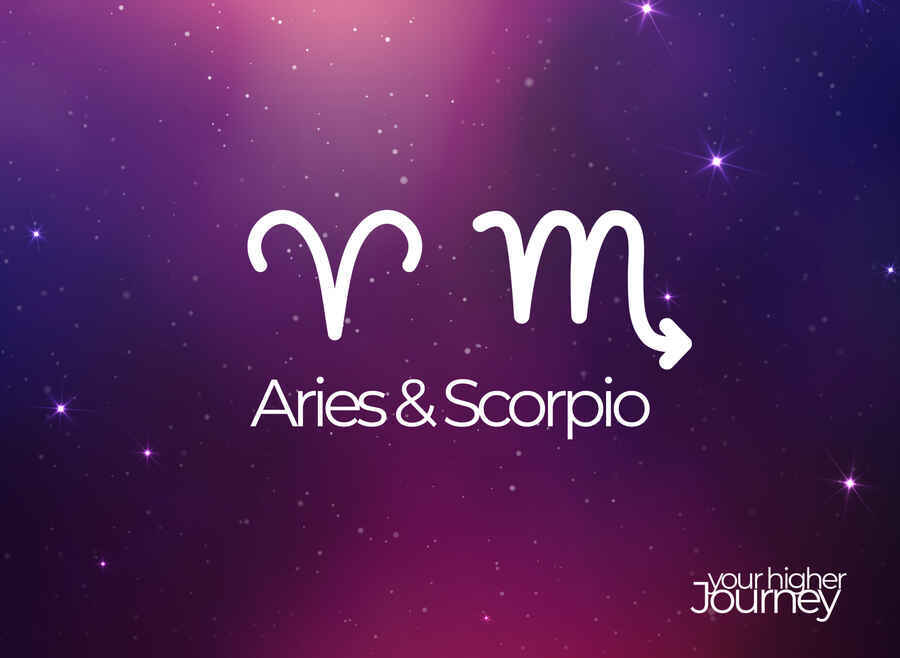 Scorpios are the most introverted individuals on the astrological wheel, whereas Aries are the most extroverted beings. However, despite their opposite nature, both find common ground to strengthen their bond.

The fiery ram completely understands the Scorpio’s need for space. Aries do not compel their Scorpio friends to come out of their shells. On the other hand, Scorpios also respect Aries’ vitality and needs for socializing.

Both understand each other’s needs, and this understanding harmonizes their relationship well. Combining the physical energy and emotional powers, this introvert\extrovert pair brings incredible results.

Aries always play on the front foot. They are expressive, open, and honest about their feelings. Scorpios are not good at voicing their sentiments and thoughts. If they both adopt a neutral attitude while dealing with each other, they can embark on adventurous pursuits together to live life to the fullest.

1 Effects of their ruling planets on their friendship

Aries belongs to Mars, and Scorpios are the residents of Mars and Pluto. These individuals combine Mars energy and emerge as warriors. They could be the best allies or the worst enemies.

Mars is the planet of passions and instils a can-do attitude in its natives to thrive in challenging life situations. So the ram and Scorpio’s relationship is thrilling and exciting as both are ever ready to embrace challenges.

The masculine energy of Mars makes them a powerful team striving to accomplish shared objectives.

They will have arguments and conflicts, but the good thing about both these zodiac signs is their capacity to listen to each other and settle their differences.

Pluto also contributes to making their relationship exciting and doable.

Scorpios belong to a fixed sign, and Aries is a cardinal sign. Scorpios tend towards the fixation of everything. While moving towards their goals, they have plans firmly in their minds and act accordingly to make them happen.

However, the rams are free-spirited. They also encourage their Scorpio friends to enjoy and adopt a lighter attitude. Whereas the Scorpios advise them to focus on achieving their goals first and then enjoy themselves after the work has been done.

When they start something, Aries takes the front role, and Scorpio prefers to work behind the scene and plan things. Together they have a wonderful friendship and are capable of accomplishing everything they dream for themselves.

Due to its cardinal sign, Aries are action-oriented and innovators, whereas the fixed sign Scorpios have a steady and stable approach.

The most noteworthy aspect of their friendship is their loyalty to each other. Scorpios are known as the most loyal people among all zodiac signs.

When the ram and Scorpio establish a close bond, they forget their differences and stand with each other no matter how difficult life becomes for them.

Their combined energies make them perform wonderfully. Their competitive spirit does not allow them to settle for anything less than the best. To quit is something that can never be expected from this dynamic duo.

Scorpios are incredibly organized, strategic, and prudent. Once they plan something, they stick to their plan until they succeed in their task. Quite the opposite of them, Aries are passionately impulsive.

Before starting their task, devising a strategic plan is nearly impossible for the natives of the first zodiac sign. They are believers in going with the flow. In response to this Scorpios try to teach Aries to think wisely and then act, and Aries motivates Scorpios to sometimes take risks in life and forget their plans.

2 A mature sense of humour 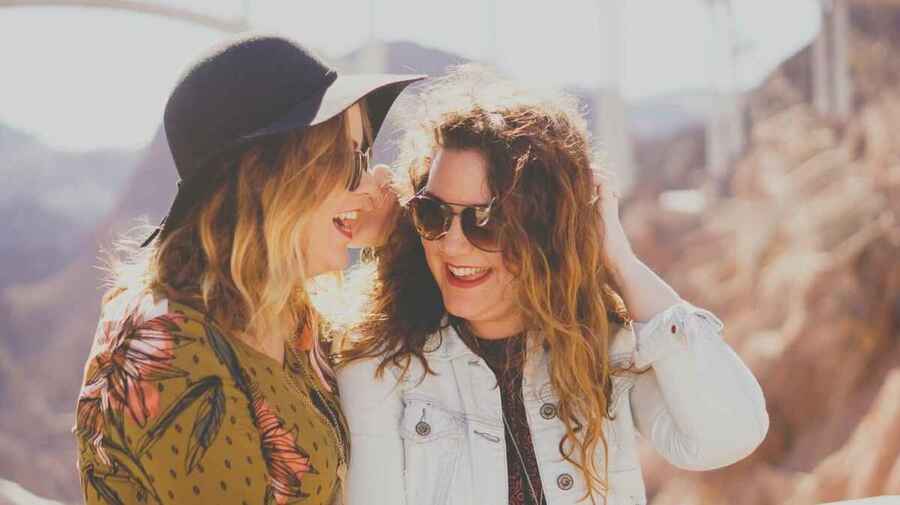 Both Aries and Scorpios have an unmatchable sense of humour that grows mature over the years. They do not mind joking because each understands that the joke is meant for fun, not for hurting others’ feelings.

They value their companionship and crack many jokes on others to enjoy the lighter side of life. They are sweet and never keep secrets from each other. They become like family and never allow any dishonesty between them that may ruin their friendship.

Both Aries and Scorpio have a solid trust in each other. They know even if the entire world turns their backs on them; they can still count on each other. They have a magical understanding and read each other’s feelings, even without saying a single word.

Even when they do not agree with each other, they still know nothing can break their bond. Their infectious energies bring them together. And in times when many friends surround them, they feel best in each other’s company and do not need anyone else to be their best friend.

Respect and passion glue these individuals into a lasting bond. They respect each other’s ambitions and always crave something new in life. They love taking on challenges and exploring new horizons.

Their similar philosophies become the cornerstone of their friendship. They believe that nothing can make them happier than their respect, honesty, and loyalty to each other.

They rarely need anyone else to share their secrets with. Their caring natures are well attuned with each other’s needs and emotions. The same passions and common interests create respect for one another.

Both tend to highlight and appreciate other’s strengths as opposed to emphasizing weaknesses and flaws. 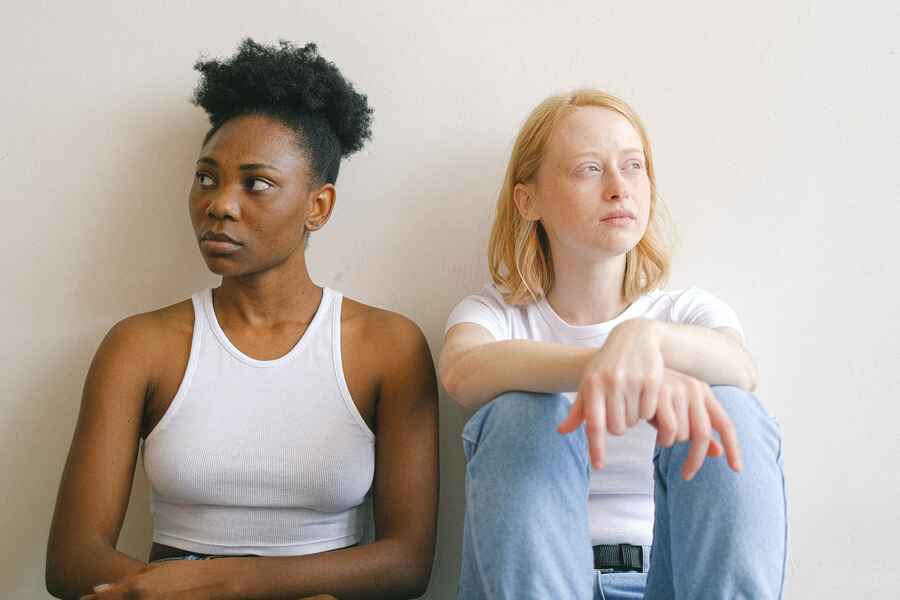 When two strong personalities, like Aries and Scorpio, develop a relationship, conflicts and clashes are prone to happen. When having a difference in opinion, both erupt like volcanoes and have explosive fights.

Their egos blur their vision, and they fail to understand each other’s point of view. It prevents them from seeing things with a changed perspective, and it becomes difficult for them to be on good terms again.

They can deal with their differences if they learn to put their ego aside to control further damage. Both Aries and Scorpios are demanding as friends and want to take the controlling role. Both are the leaders, not the followers.

Their temperamental issues bring forth epic fights and heated arguments. Scorpio feels annoyed with Aries’s constant push for being the boss in their friendship and vice versa.

When they are angry, it seems as the ram and scorpion are locking their horns and won’t sit until one accepts the defeat. Scorpio’s only demand from their Aries friend is loyalty. When they feel insecure about their friendship, they bring Aries to the brink of madness.

Both need to acknowledge each other’s demands and control their arrogance to feel the warmth of their friendship and maintain it for good.

Aries and Scorpio friendship compatibility is much higher than expected. They are born fighters who know to guard their life and relationships. Once they establish their friendship, they do not allow anyone to create misunderstandings between them.

Aries’s fiery love and Scorpio’s watery emotions bring them closer and reveal perfect chemistry between them. They contribute a lot in shaping each other’s personality and curb all the differences that might create hurdles in their way.

Their similarities balance their friendship and encourage them to live with each other’s differences and grow together despite despising them.

The Aries lends fire to slow-moving Scorpios to help them behave more energetically and live to the fullest. Scorpio influences Aries steadily about the importance of strategizing for long-term success.

They never get bored with each other because both are always on the go to try new things. Neither of them ever think of cheating the other and together work for making their connection stronger and fiercer.