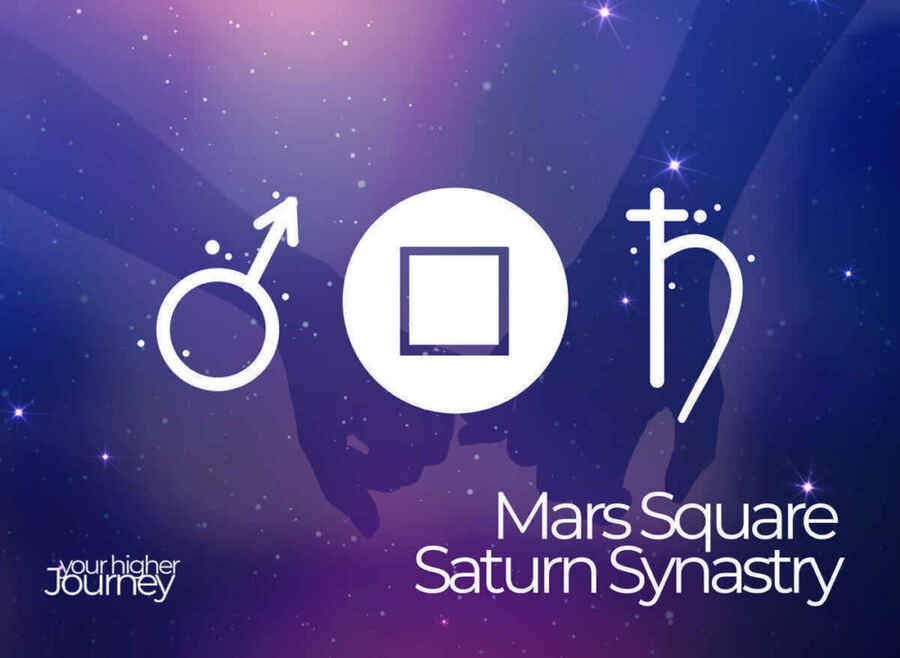 Synastry is a valuable resource for people who want to examine the potential of a relationship with someone else.

It is a sub-branch of astrology, whereby we carry out a comparative analysis of the position of various planets in the birth charts of two persons to assess compatibility. The cosmic forces at play can interact in so many different ways while influencing personality traits with their respective psychic energies.

As a result, that explains why various individuals of differing dispositions get along differently.

In this guide, we look at the Mars square Saturn synastry to establish how people with this placement in their birth charts would interact with one another.

Both planets involved form a right-angle alignment, also known as the square aspect, which is usually responsible for instilling conflict and friction between partners. So, how does this synastry combination play out? Read on to find out. 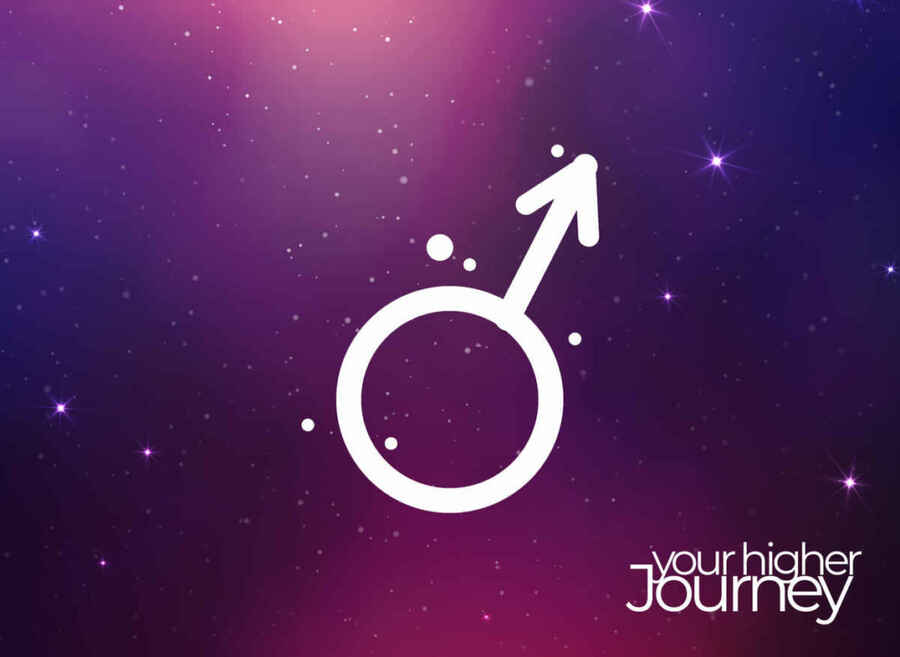 The placement of Mars in the birth chat determines a person’s basic instincts. That is why this is called the planet of action. Mars represents energy, passion, drive, and determination. It encourages us to face challenges by putting in our best effort.

The Red Planet inspires an aggressive warrior mentality, which sometimes leads to violent behavior. In fact, Mars was the god of war in ancient Roman mythology. At the same time, it embodies the values of courage and assertiveness. Mars also governs sexual energy.

It is important to note that this planet’s cosmic force is like a double-edged sword. You can channel its influences either constructively or in a destructive manner. 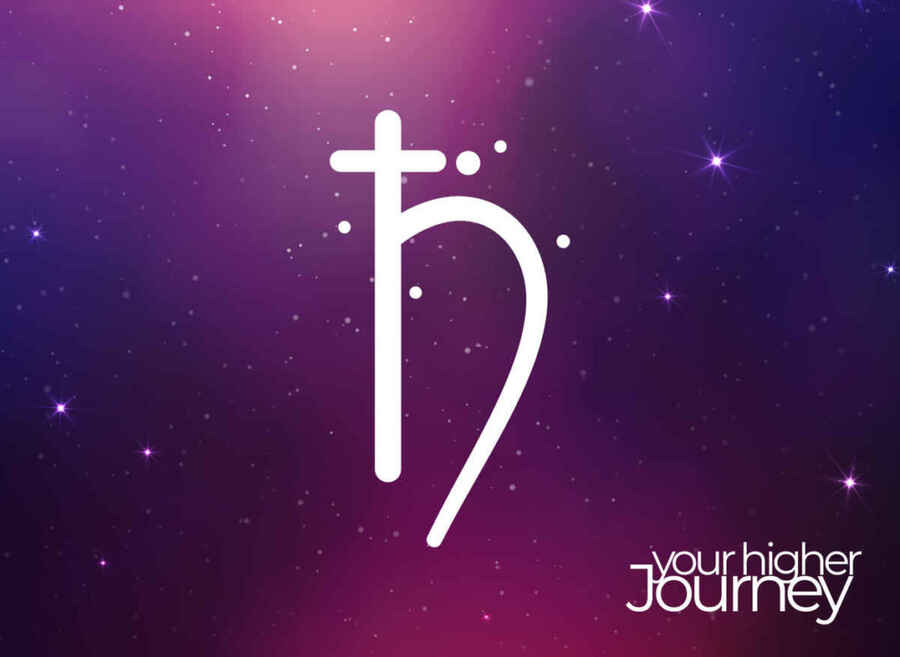 Saturn rules over time and is also called the lord of Karma. It serves as a reminder that we are all mere mortals bound by the constraints of time. As a result, the planet Saturn implores us to restrict ourselves to living a life of purpose and being mindful about the structure, order, and manner in which we choose to conduct our affairs.

It also applauds our perseverance in withstanding the test of time. Furthermore, this planet governs old age along with the lessons that life teaches us.

The ringed planet represents hard work, responsibility, and discipline. In some astrology circles, it is called the taskmaster of the zodiac.

Just like its counterpart, Saturn is a malefic planet. It is often associated with bad experiences like death, sorrow, and pain. But, with its influences comes wisdom and maturity.

Mars square Saturn synastry presents a unique combination of cosmic forces that consist of what we call the malefic planets. These two celestial bodies are traditionally known to have unfavorable influences.

The square aspect involved in this natal chart alignment further contributes to a dynamic of cosmic energies that don’t mix well because of being in a potential state of conflict and disagreement. In a nutshell, the Mars square Saturn synastry is one that reveals a union that will be full of frustrations because of opposing traits.

On the one hand, you have the Mars person who is always ready to take decisive action, eager to put the foot on the gas pedal and embark on a journey of progress without hesitation. These individuals are fired up, passionate, fun-loving, and enjoy sports.

On the other hand, Saturn is associated with being serious, taking on responsibilities, having a realistic outlook, expressing maturity, and working diligently. Those under the influence of this planetary force are likely the kind of people who do things in an orderly, structured manner without being hasty. They are all about doing things on schedule, setting limits, and avoiding failure. 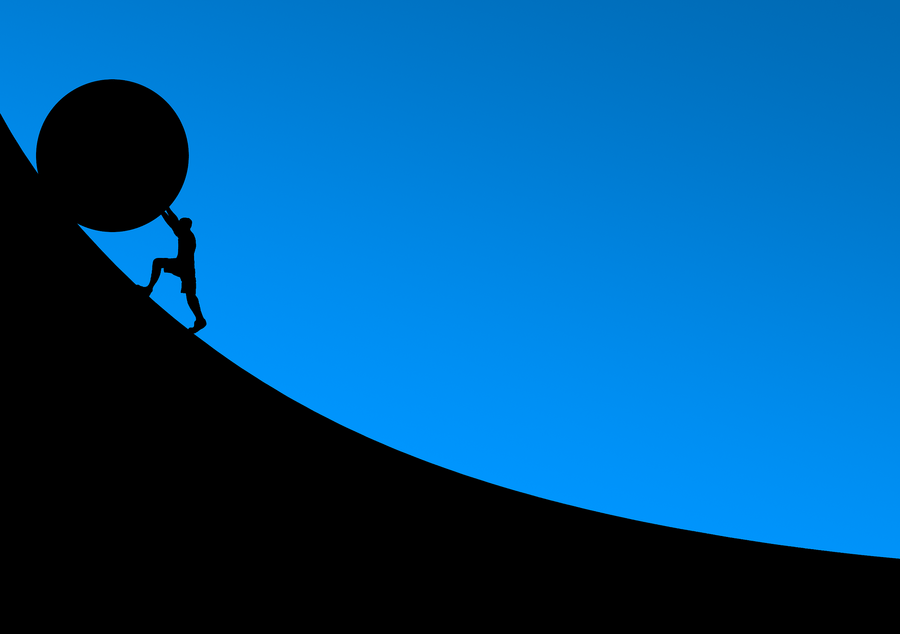 Considering the energies that Mars and Saturn represent and coupled with a combative square aspect, this synastry can result in a relationship plagued with challenges.

In this case, you have one person who is always eager to jump into action and another individual who keeps holding back. If the two are dating, Mars tries to impress the Saturn partner with lavish gifts, only to find out that Saturn’s standards find such behavior as immature, insecure, or wasteful.

What’s more, the Saturn native may want the Mars person to be more responsible and tone down on being impetuous. In effect, Mars natives will not take well to this response, which comes off as being controlling.

If expressed negatively, their aggressive side may manifest as being quick to take offense, behaving in a belligerent and antagonistic manner, or wanting to settle things with physical violence. Alternatively, the Mars individual may end up disliking the Saturn person for not being more daring.

Although the Mars square Saturn synastry suggests a union of two opposing cosmic influences, it can still express positively if other factors on the natal chart come into play.

For instance, Saturn rules Capricorn, whose astrological symbol is the ibex (mountain goat), which indicates a desire to climb to the top. Mars rules Aries, the zodiac sign for people who always want to be “number one” or in the lead.

Therefore, if two individuals have these sun signs, they can get along even with a Mars square Saturn synastry thanks to having a shared desire to be winners. If both partners have a good understanding of what drives the other, then it is possible to build the relationship on a solid foundation.

Having a good understanding of the difficulties brought on by the Mars square Saturn synastry provides an opportunity to analyze potential areas of weakness when interacting with each other. The union can work if both of you stick to working through any difficulties or frustrations presented by the hard square aspect.

Remember, synastry readings are not necessarily cast in stone. There are many cosmic forces at play when looking at birth chart compatibility. If you found out that you and your partner have a Mars square Saturn synastry, there is no need to panic. The most important thing to do is get a full natal chart reading to consider all the interaspects involved.

Best described as a union of opposites, Mars square Saturn synastry brings together persons that will have a high level of mutual intolerance.

It is a tough schism to have because both natives are antagonistic towards each other. The reason for that is because the character traits of individuals with these signs are conflicting. What’s more, this is further compounded by a hard aspect.

Although the energies of both malefic planets in the Mars square Saturn alignment manifest in a combative manner, persons with this synastry can still get along if other favorable interaspects are present in their birth charts. However, individuals with this combination in the birth charts have to put in a lot of effort in making their relationship work.