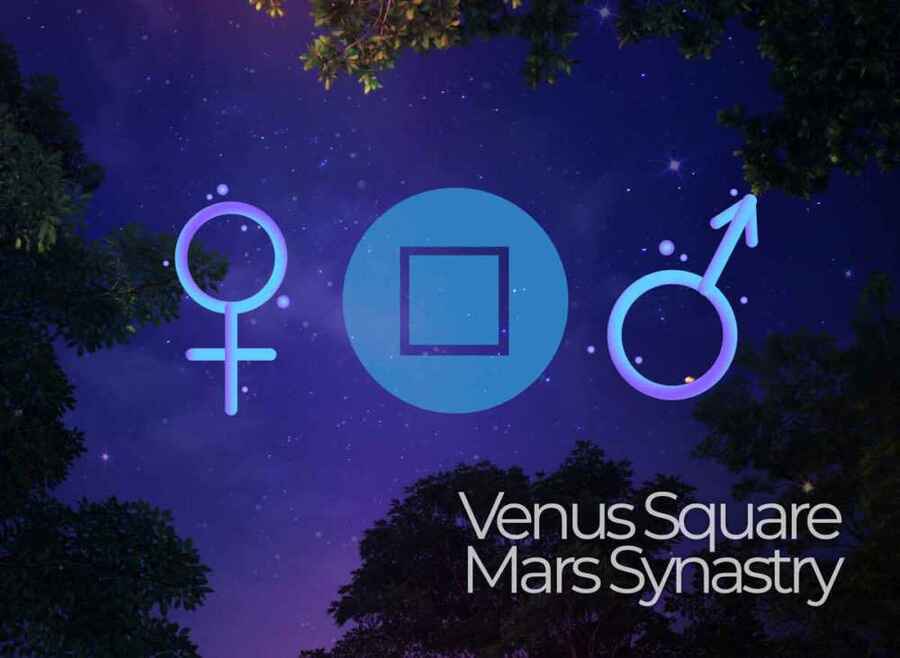 Does your intellectual curiosity compel you to explore planetary angles in your birth chart and their influence on your life?

Since the advent of time, astrology has always served as a reliable source to answer those who are in a quest to discover who they are.

How does the movement of celestial bodies at the time of their birth communicate to them about their qualities and traits?

Each planet has its unique vibes and directives that deeply affect our lives. Their position in our birth chart does not only talk about their character but also reveals our personality, life goals, and relationships.

Both have to contribute to resolving internal conflicts. The square aspect implies the tendency of avoiding decisions unless you are pushed into a situation where you are left with no choice. It is a tug of war to ensue power struggles, conflict, and tension.

Having square in your birth chart is a revelation of conflicting parts of your personality. It also encourages you to search for conflict resolution through discipline and self-reflection because this is the only way to walk towards the path of personal growth.

Square of two planets is a cosmic drama full of hard angles and sharp corners to dictate action for attaining favorable outcomes. Although the planetary square is bound to bring tensions, it is not at all bad.

When the two planets occur at 90 degrees apart from each other in a zodiac wheel, they form a square in your birth chart. It is necessary to see how the involved planets blend to interpret the energies and influence of planetary placement in your birth chart.

Venus – The Planet Of Love And Beauty

Astrology associates this planet with love, beauty, pleasure, and sociability. Venus is Earth’s sister planet and recognized for its quick movements in the natal chart.

With its feminine traits, it leaves a significant impact on your day to day life. It ignites harmony and attraction in a relationship. Those who govern Venus in their natal chart, take pleasure in worldly activities.

It represents your fascination with art, food, luxury, and elegance. Carrying the energies of the Goddess of love, you indulge more in material preferences, aesthetic choices, and fashion sense. All these traits reflect how beautiful this universe is.

Mars is the planet of masculinity, sexuality, and aggression. Being the God of war, it is the powerhouse of quick actions, infinite energy, and carnal desires.

Mars represents your hot temper and survival instinct. If at one hand, Venus mirrors romantic attractions; on the other hand, Mars reveals physical attraction.

Possessing the raw vitalities of Mars, you are an adventurous being who does not contemplate before making any decisions. You enjoy challenges. Initiating actions and working on innovative ideas makes you happy.

Mars mirrors a personality who has enormous energy yet quickly loses his initial enthusiasm.

Venus square Mars in synastry is a reflection of the love-hate relationship. It is about the need to find ways to cope with the contrasting energies of Venus and Mars. The square amplifies your emotions and temper that results in escalating the intensity of feelings.

It also shows how strongly both the partners desire for each other’s company, and even when hurt with temper tantrums, Venus’ receptivity works as a pressure valve to release the prevailing negativity.

Both involved planets’ openness and honesty significantly contribute to achieving lasting and harmonious relationships in their personal and professional life.

Those who belong to this aspect need to work towards practicing self-control over their volatile temperament. These individuals hate being considered weak and submissive in their relationship. Their natural talent for sculpture makes them sexually charming and intensely passionate.

Venus square Mars in your birth chart urges you to exert your energies into constructive activities to relax and make compromises to avoid the conflict of establishing your supremacy over your partner.

Individuals who are born during this planetary aspect are prone to undergo the most challenging and problematic relationships. Their battling energies and jealousy destabilize their union.

Venus struggles to protect her self-worth, whereas the combative Mars is always in a hurry, which creates tension in their relationship. Both fail to understand each other in their aggression.

Balancing their relationship is a difficult task because of their run on behaviors. Owing to their self-centeredness, both may stop communicating but definitely spy on each other on social media. 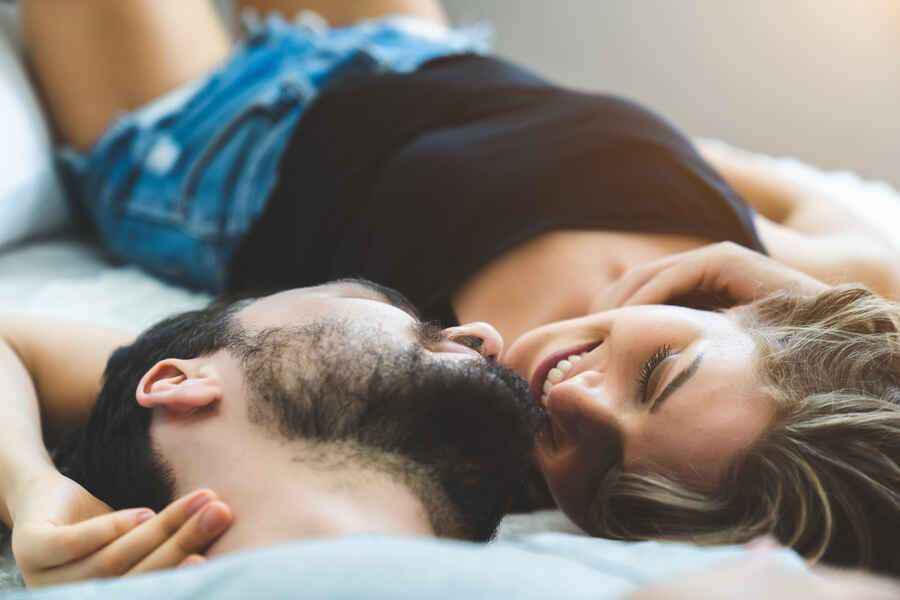 The tempestuous lovers are often dominating, especially during their intimate moments. Their rough and robust attitude reveals their materialistic side.

Born with Venus Square Mars in your natal chart, you often display your snobbish and fancy behavior while trying hard to maintain a charismatic and presentable image of you in front of others.

To curb your sensual pleasure, you possess a capacity for infidelity under your lustful nature. You hesitate to settle with one because you feel bored with your partner and want to explore more.

For you, sex is an expression of love, and gaining sexual satisfaction subsides everything else. Such behavior might often result in arousing conflicts and tensions. Venus square Mars transit boosts your sex drive that ultimately leads to relationship issues, especially if there is already a streak of anxiety going on between you and your partner.

Control your impatience and aggression to avert rejection. Channelize your energies into some physical activities and practice compromise. Do not let your sexual trouble ruin your love paradise.

Your irresistible attraction and electric impact make people bicker about you because the femininity of Venus and masculinity of Mars perfectly fit together.

Venus can often be found complaining about Mars’ unnecessary aggression and possessive nature; on the other hand, Mars may feel unhappy because of Venus’ indecisive behavior and coyness.

Although romantically attached, both often question each other’s loyalty and speak different languages. Mars’ bluntness offends Venus making her baffled till they start understanding each other well. Venus puts all her efforts to make the Mars person realize the worth of their romantic companionship.

Both feel connection and annoyance at the same time. Keep in mind that doubting yourself or your partner, in any case, is just turning your relationship ugly and creating misunderstandings.

Individuals born with a square of Venus and Mars often feel frustrated and insecure because of their expectations from others, particularly from their loved ones. They want their friends to reciprocate the same way as they do for them.

You must have been experiencing agitation more than usual because you want people to perceive you as you want them to see you. But when you fail in that, it drives you crazy. You cannot hide your resentment.

Venus wants to protect her self-image and moral values and ensure a stable financial and emotional state. In contrast, Mars’ hyperactive energy is difficult to control and translates into a personality that you want to become.

Such a contradicting attitude breathes insecurity and frustration between partners and shuts the doors to understanding and accepting your reality. 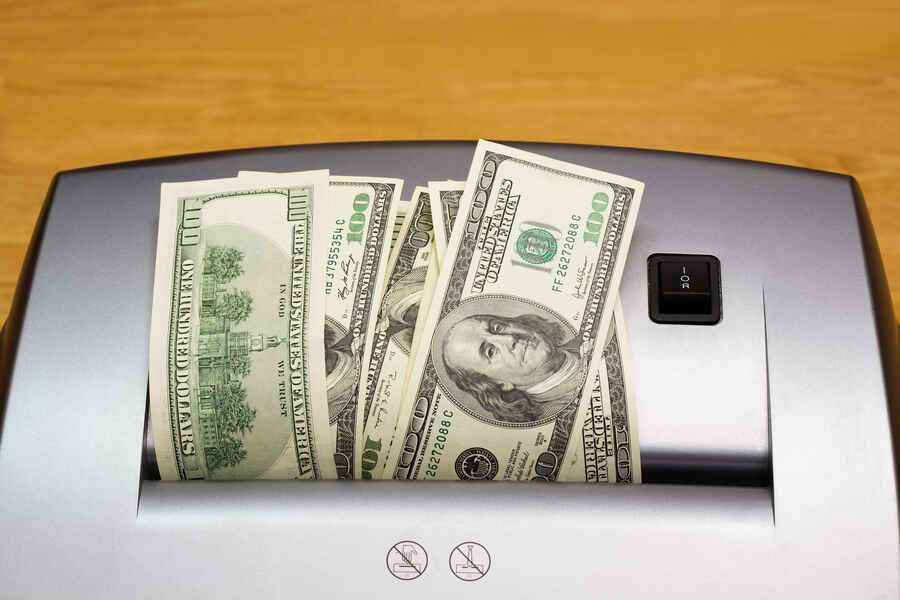 Venus is the natural ruler of expanding wealth, and Mars instills a sense of ambition and drive to attract money and earn it with your efforts. But their snobbery results in overspending money and will invite financial problems in the long run.

You may feel inclined to spend much money on claiming your so-called social image. It would be best if you listened to others’ advice to cut short your extra expenses and save something for bad weather days.

The square aspect of two planets is responsible for creating friction in life. It is recommended for Mars to understand Venus’ demand for financial security and shrink their expenses for mutual benefit.

Venus square Mars in synastry binds two individuals in a volatile relationship. It implies a romantic relationship filled with tensions, a companionship that is most sought after and finds solace in physical intimacy.

It is essential to see how two individuals can navigate stress in their life through negotiations and personal interactions.