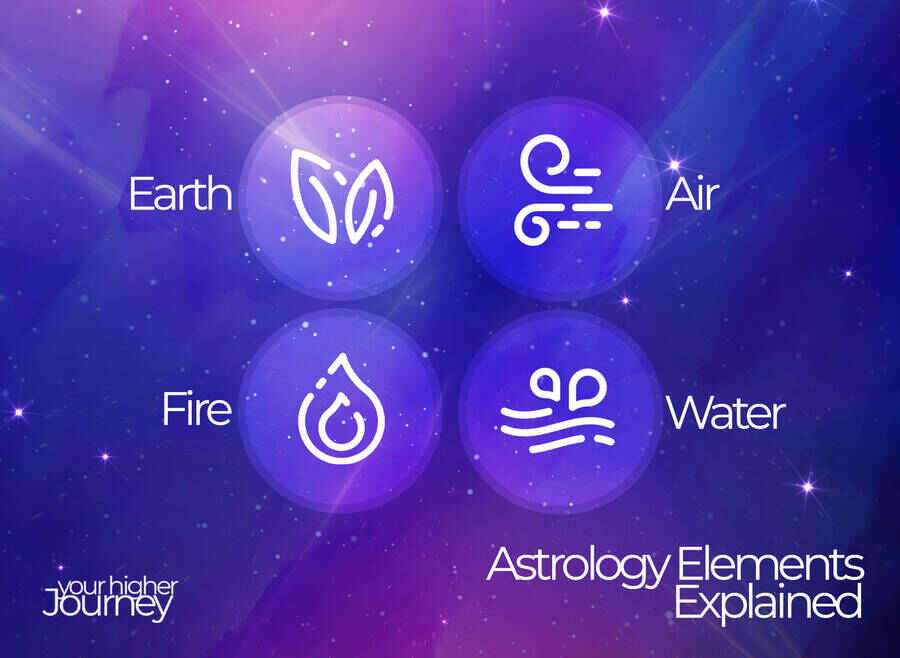 In astrology, each person is assigned a zodiac sign. The zodiac signs are represented by the elements of Earth, Air, Fire, and Water. Each element has different characteristics that make up your personality. This guide will show you how to understand elemental astrology through an in-depth examination of the four elements.

What Do Fire, Water, Air, And Earth Signs Mean?

The four elements in astrology are closely related to the alchemical idea that everything in the universe is composed of four basic elements: earth, air, fire, and water.

These energies are divided into four distinct parts because this is how we experienced our world in ancient times. Not only do the four elements help us to understand and interpret our physical world, but they provide us with a template to look at our inner emotional worlds.

These four elements come together to create an integrated personality. We need all of these aspects in order to be balanced individuals. In Chinese philosophy, there is a fifth element known as “Qi” or “chi”, which is the vital life force and energy that binds all of these elements together. Astrology also encourages us to unite these four distinct forces.

A fire sign is energetic, self-driven, and passionate. If you have a fire sign, you are usually more competitive than other signs because of your natural drive to win at all costs. You also tend to be very impatient with people who don’t live by the same high standards as yourself. You may give in too quickly or hold on too tightly to the things you want. The four fire signs in astrology are Aries, Leo, and Sagittarius. 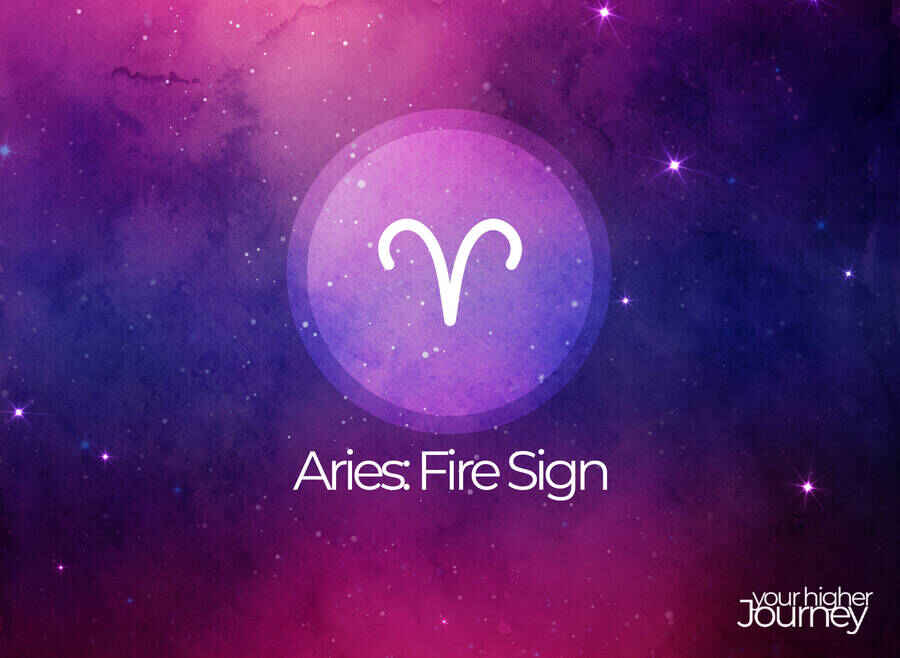 Aries is the first fire sign in the zodiac and is represented by the element of fire. This fire sign can be very intense and explosive. This isn’t necessarily a negative thing, since Aries’ fire energy represents pure unadulterated creative energy. Aries are often natural leaders in whatever they do. They can be a little too rash and impulsive, but that’s what allows them to get the job done quickly and efficiently. 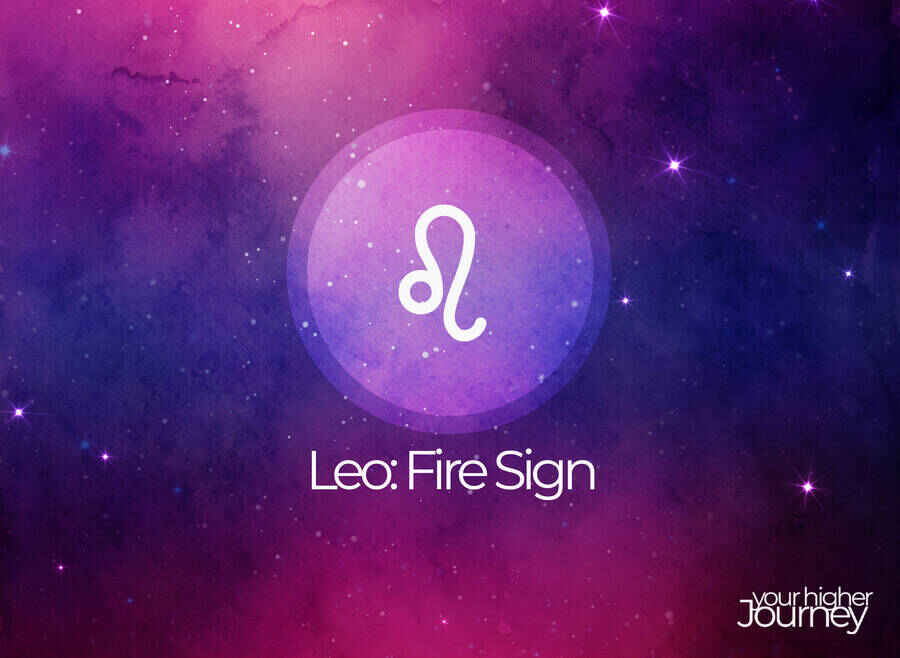 Leo expresses its fiery nature by being warm, generous, and protective. These fire signs love to be the center of attention and they are always trying to find a way to make others feel good about themselves. When you have Leo energy in your life, they will do anything for their friends or family because they want everyone around them to feel loved and supported.

Leo is ruled by the sun, so it may be the brightest burning fire of all signs that are ruled by this element. This allows the Leo individual to be the center of attention and have an almost performative nature. 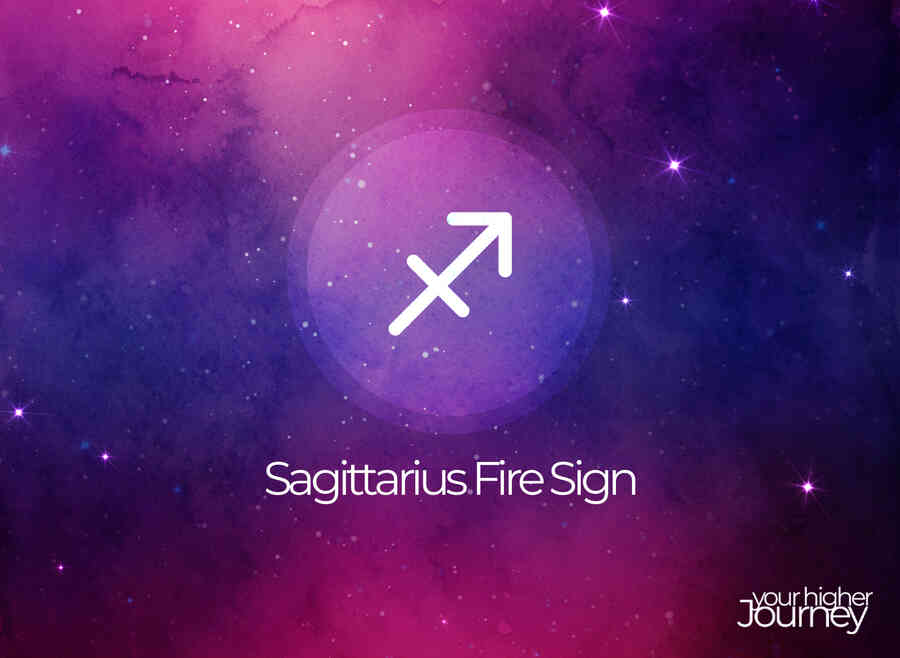 The Sagittarian fire sign is all about mental and physical freedom. The fire element “burns through” limitations for this person and they believe that they can do anything if they put in enough effort. They are full of ideas and have an excellent sense of adventure, which makes them natural explorers.

Similar to the influence of fire on Aries, there is deep creative potential in Sagittarius. This fire sign will be able to explore all of their creative possibilities and make the world a better place.

An earth sign is grounded, practical, and reliable. Earth signs are pragmatic about their lives which means they don’t tend to jump into things without considering the consequences first. They also have a natural tendency towards being very conservative with money because of their inherent fear that it might run out at any time.

Taurus is the first earth sign and represents the deepest level of foundation and security in the zodiac. They are born with a natural ability to be very grounded, which means that they don’t get too high or low. They are so earthy, that it can be a challenge to get a Taurus moving – literally or metaphorically.

Since Taurus is ruled by the planet Venus, this individual sees deep beauty in physical earthly possessions as well as nature. They may accumulate many material goods as a result. 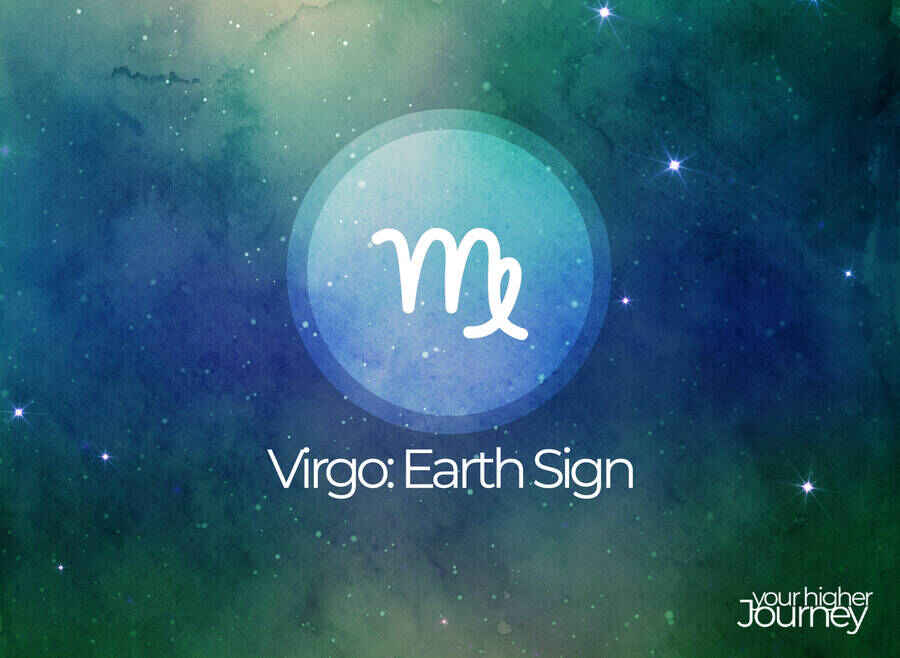 Virgo is the earth sign that is ruled by Mercury, which means they are practical and grounded. Virgo likes to take the element of earth and make it useful and accessible to others.

The influence of Earth also encourages the Virgo to pay attention to physical health and well-being. They have the capacity to take plants from the earth and turn them into medicines, uniting the physical healing with the spiritual. 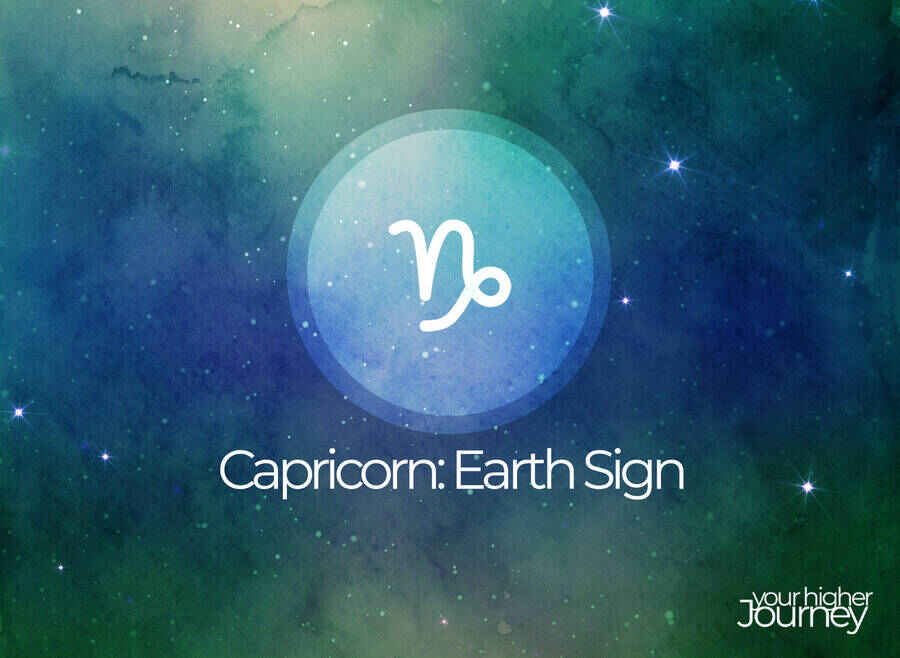 Capricorn is the last sign in the zodiac ruled by Earth and this individual will always be grounded in their beliefs. They are conservative people who like to plan ahead for the future and they will always have a clear idea of what needs to be done.

They also like being in charge, which means that they will always be in control of themselves and their environment. In their best expression, the Capricorn can create great change for the Earth and its inhabitants. This person may enter politics or a scientific field where they can have control while contributing to the well-being of the Earth.

An air sign is social, intellectual, and open-minded. Air signs tend to be very talkative which can sometimes annoy other people around them because they never know when to stop talking or how to take a break from their monologues. They also have the potential for being quite vain about their appearance.

Gemini is the swiftest of air signs and this makes them very social and intellectual. You may even see them moving throughout the country or visiting different places in the world because their curiosity blows them in different directions.

They’re open-minded about other people’s ideas and are often the type of people to change their minds. They are more interested in being intellectually stimulated by a conversation than in coming to a strict agreement. 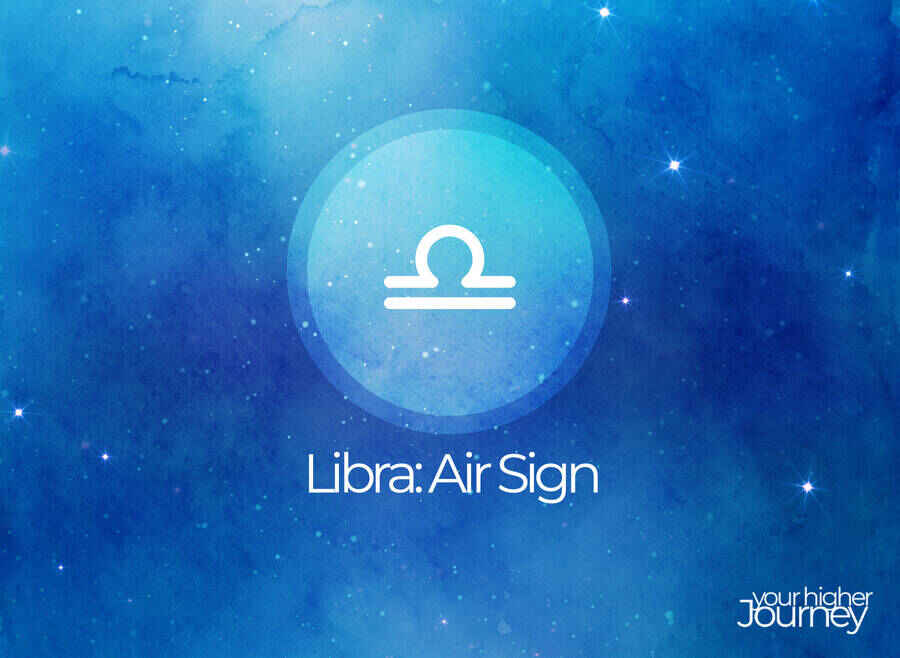 Libra expresses air qualities because they are intellectual and open-minded. They love to talk and have an easy-going personality, which means that they don’t get too upset or frustrated when things go wrong.

This air sign is represented by the scales, which, like air, float in a position in space, always seeking balance. 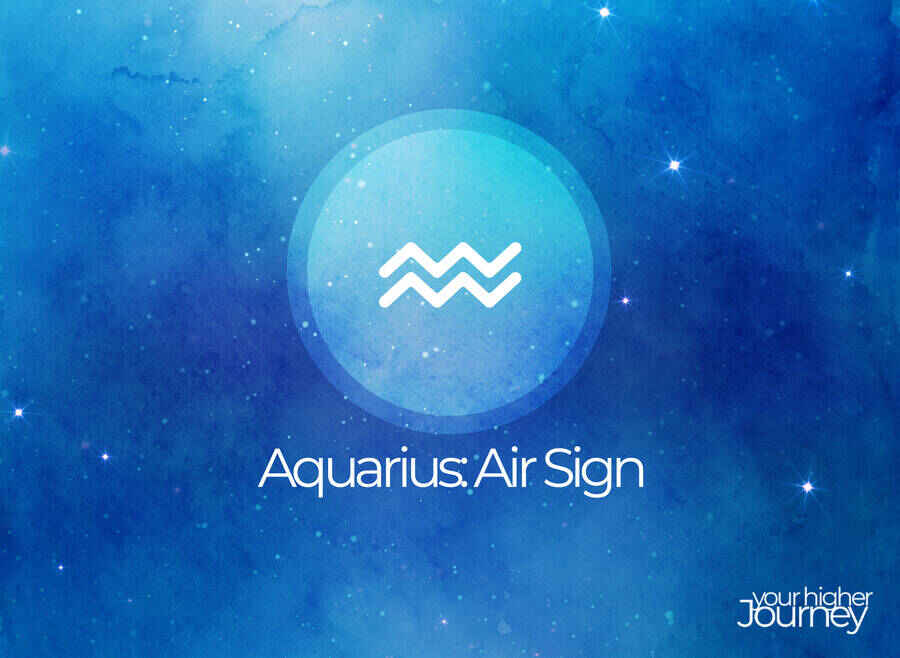 Aquarius is the sign of air, and as such, this individual will be very intellectually driven. They are naturally intellectual but they also love to take on different interests to learn more about the world.

Aquarius is a sign that can’t sit still and needs change all of the time. They like to communicate with others but they also thrive on their own space and need time alone to recharge themselves.

A water sign is emotional, sensitive, and intuitive. You may be shy or withdrawn on the outside but deeply passionate within. Water signs have a natural ability to empathize with others because they understand what it’s like to walk in someone else’s shoes. They are also very imaginative and love to daydream. 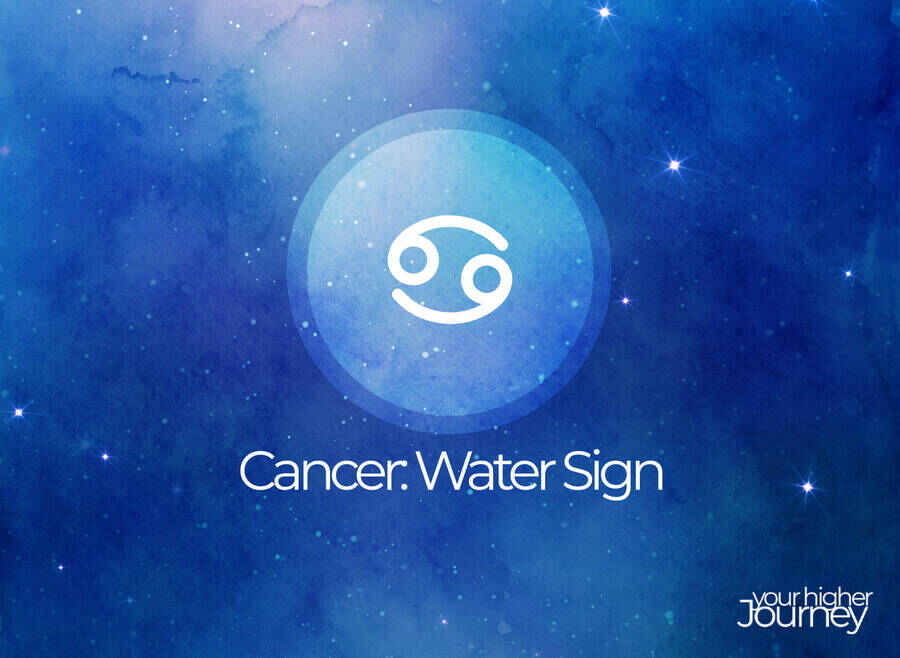 Cancer is a water sign and may be the most sensitive of all signs. Cancerians are highly emotional, which means that they take everything very personally. The influence of water leads them to be intuitive and can sense what others are feeling even before they speak.

They may be shy or withdrawn on the outside, but if you scratch below the surface, you’ll find that they’re passionate and deeply caring. This is because water rules the subconscious realm, and Cancerians are always aware of their immense depth for love and connection. 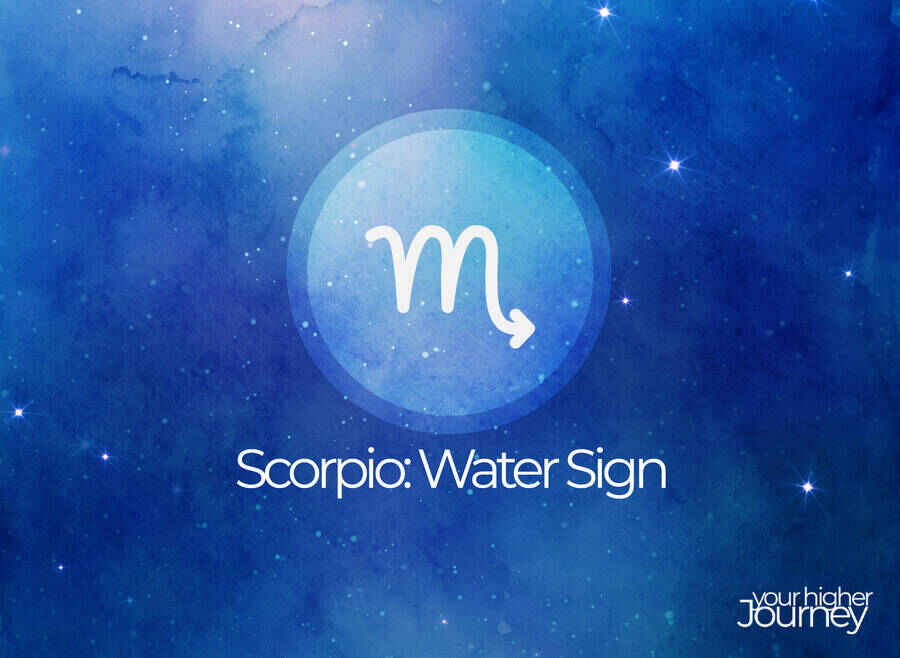 This water-influenced sign can be very emotional and sensitive, which is why Scorpios are also deep thinkers who care deeply about their loved ones.

Scorpio, as a water sign is all about how mysterious and complex human nature can be. They want to delve into the psyche of human nature and understand what drives people. They’re attracted to the darker side of society because they want to know more about how that works from a psychological perspective.

This is the kind of person who would make a great detective or psychologist because they’re always trying to figure things out and put all the pieces together. 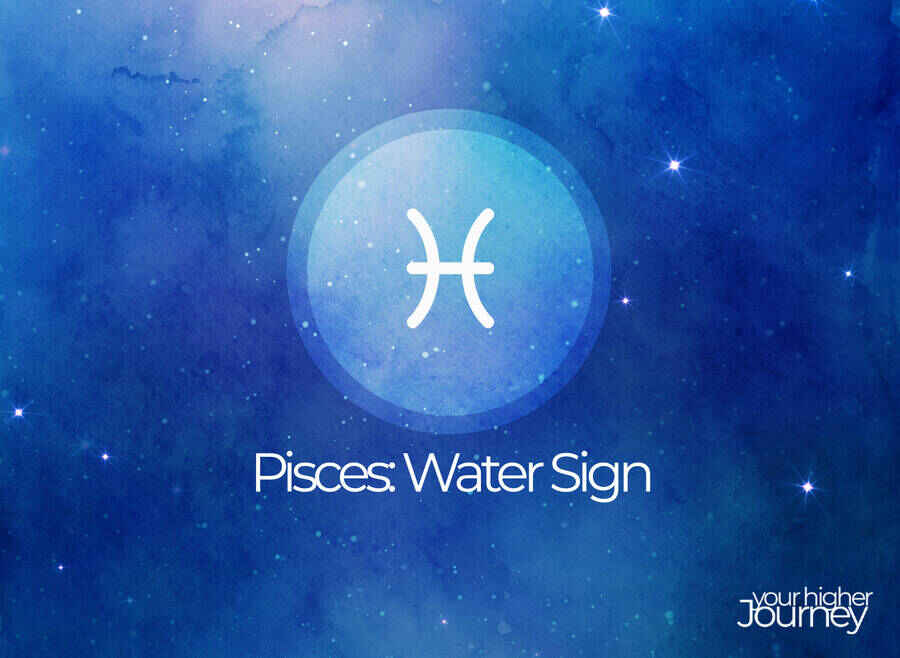 Pisces people, like water, are deep in a flow state. They can tune in and get out of their own way. Pisces is a bit more introspective than other signs, which means that they’re always in their own head.

This means that they’re not necessarily in the moment with you because they are always thinking about how to make things better for themselves and others. Their fluid minds are able to daydream and move between many different thoughts without feeling overwhelmed.

The four elements play a large role in our understanding of astrology. Each one represents a different quality of our nature and they each have a unique contribution to make. Learning about the element that rules your sun sign as well as other signs in your chart will help you to understand your nature and how you connect with the world around you.