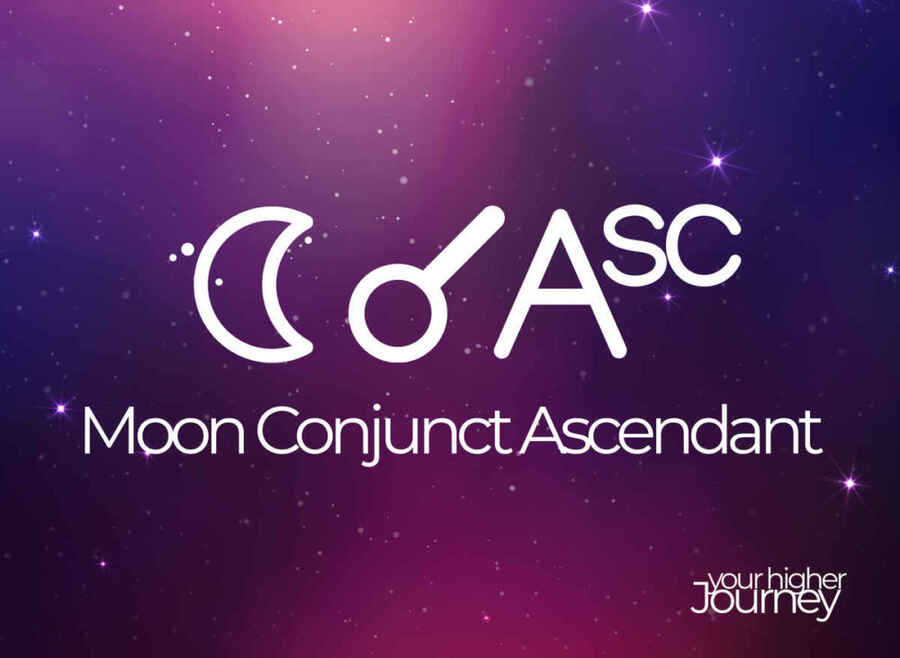 If you are an ardent follower of astrology, you probably know that the birth chart presents a map of the sky when you were born, showing where all the planets were by sign and house. However, there is a lot more to astrology than just knowing your Sun, Moon, or rising star signs.

You may want to take your zodiac mastery to the next level by learning about aspects. These are angles that various elements can form in the natal chart. One alignment that may interest you is the Moon conjunct Ascendant. In simpler terms, this describes that the lunar and rising star signs appear very close on the same zodiac.

So, what does this mean? Well, it brings together two of the most fundamental points of astrological significance other than your sun sign.

In this enlightening post, we will look at how the conjunction between the rising star and the Moon can affect the general disposition of an individual. First, let’s find out what these elements represent in astrology. 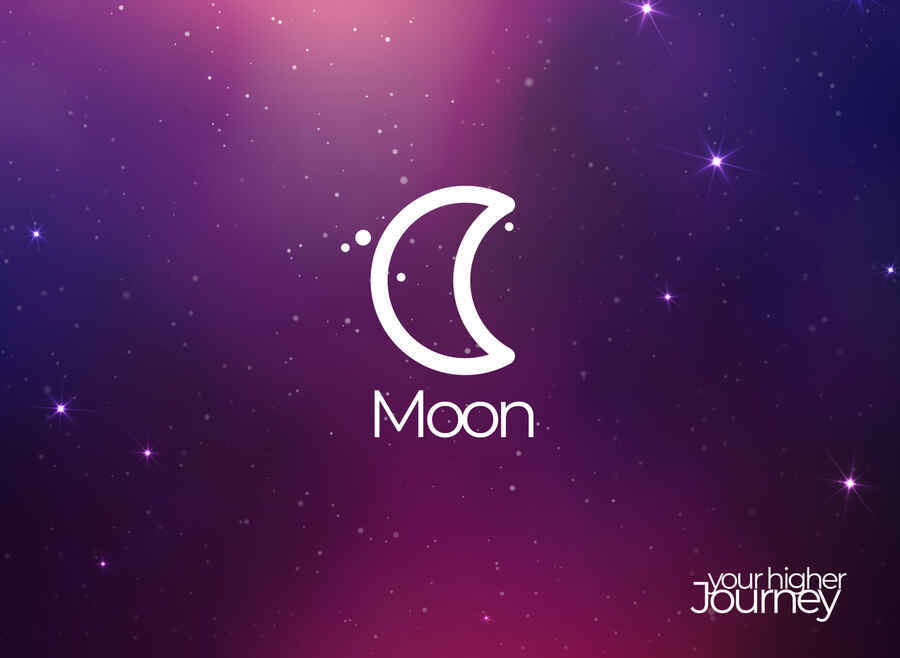 In astrology, the Moon is the planet of emotions. It acts as the bridge between your subconscious and the outer world. Aspects to this luminary show how you express your feelings. They can indicate just how emotional you appear to be in the eyes of other people.

Besides governing our feelings, lunar energy also affects our spontaneous reactions. When you want to find out how you instinctively respond to problems, look to the Moon for answers. Your prejudices and habitual behaviors are also products of this astrology planet.

You express your sensitive side through your Moon sign. So, this planet also relates to family life, the home, and personal affairs. It has feminine energy as well and may express your maternal instincts.

On the other hand, your Ascendant (also known as the rising sign) represents your social personality. It governs the first impression you have on people on a personal level. Sometimes, astrologers refer to it as the mask we wear to fit in with society.

Your Ascendant characteristics depend on which zodiac sign was on the Eastern horizon when you were born. It usually appears on the cusp of the first house on the natal chart.

Besides revealing how you project yourself to the world, the rising sign also represents your physical appearance and outward style.

Moon conjunct Ascendant can have multiple interpretations. However, they all boil down to one fundamental meaning.

Whenever there is a conjunction of planets, luminaries, or other points of astrological significance, the elements involved merge to act as one force.

However, planets are the only source of cosmic energy in astrology. That means that the Moon will overshadow the Ascendant and give off the impression of the sign it rules.

So, what happens when the zodiac sign related to your persona conjuncts with the planet responsible for your emotional nature? Simply put, the Moon conjunct Ascendant indicates that you are the type of person who wears your heart on your sleeve.

With this placement, you can be emotionally dependent or needy, depending on your mood. Your emotions do not understand boundaries, thus affecting your persona on a fundamental level.

When expressed negatively, people with this lunar and rising star aspect can showcase too much sensitivity. Sometimes, that means they take offense to innocuous things.

The Moon conjunct Ascendant could also indicate that an individual has a feminine aura, regardless of gender. Your demeanor was conditioned at an early age, particularly by your mother or a female parent. 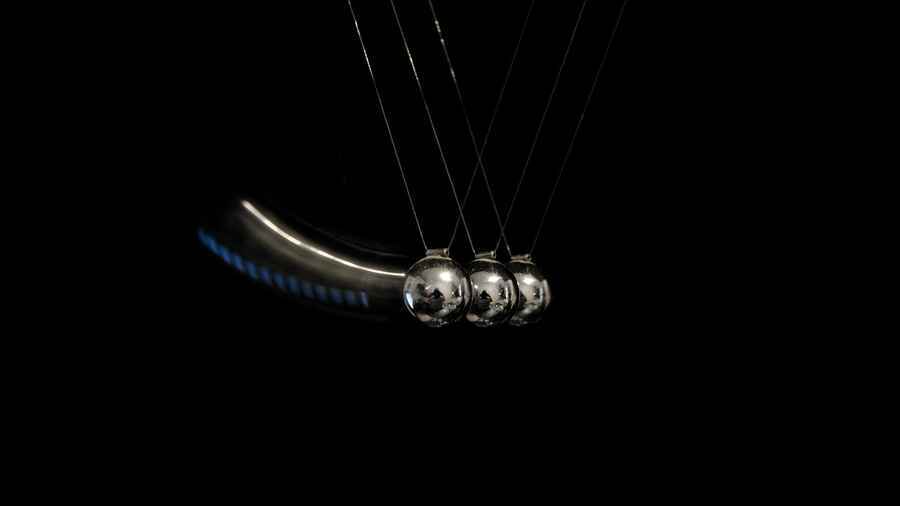 Moon conjunct Ascendant makes you a sensitive person, making it hard to hide your emotional self.

Since you are unrestrained in showing your true feelings, it means that your emotions come out openly for everyone to see. Those around you will likely agree that your general disposition is described best as moody.

More often than not, your emotions dictate how you react and interact with others. How you present yourself can confuse other people because you give off mixed signals. Emotions rule your outer personality instead of logic.

Therefore, your persona changes as your moods change. Sometimes, others have a hard time figuring out what you want.

Often, people with this personality do not realize their extreme reactions and sensitivity seem to be confusing others. They express who they are in the moment and cannot help but keep it real when having conversations.

Dressing According to Mood

Moon conjunct Ascendant natives may also change their appearance based on how they feel. Unlike other people who use clothing to mask emotions, your outfit choices are a form of self-expression.

If you wake up in a good mood, you will be more inclined to put on your “happy” clothes. When down and low, you will probably not pay much attention to outward appearances.

Moon conjunct Ascendant natives may also associate outfits with bad times or feelings. If something negative like losing a job or breaking up with a fiancé happens to you while wearing particular clothes, you would even decide never to wear them again.

When a Moon conjunct Ascendant placement appears on the natal chart, it could also be indicative of an impressionable person. People who are close to you know how to push your buttons. Keep in mind that this does not necessarily make you weak in character.

Moon conjunct Ascendant can as well result in a strong-willed individual. However, those who have this astrology placement can be sensitive to even the slightest of advances because they pick up an immense amount of impressions from their surroundings.

The conjunct aspect usually occurs when two points of astrological significance are within 6-10 degrees on the natal chart. The closer the orb, the more powerful its influence will be.

The Ascendant has a fixed spot in the 1st house. However, its conjunction with the Moon can domicile either within the same cusp or in the 12th house. It is essential to make a distinction between the two placements as they may express slightly differently.

Individuals who have the planet in the 1st house feel free to express themselves in an emotional way, and these displays are frequent. What you see is what you get with them because they are more direct about their feelings.

On the other hand, when the Moon is behind the Ascendant in the 12th house, the emotional ups and downs are there only that they simmer just below the surface. Individuals with this placement are adept at keeping their emotional responses under wraps. 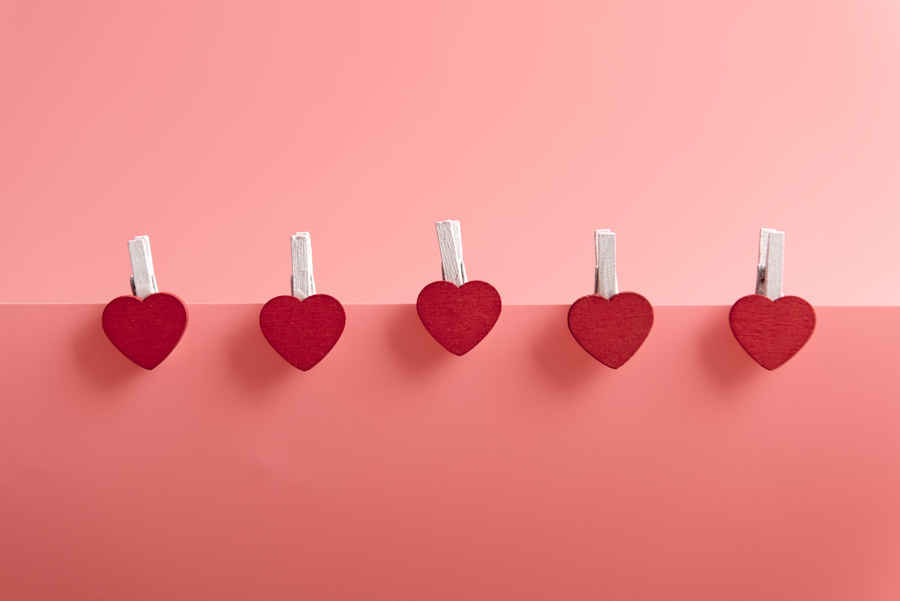 Moon conjunct Ascendant offers more favorable dynamics in synastry than when it appears on the natal chart of an individual. In the former case, a couple will have this placement in their birth charts where one partner has their lunar sign being in conjunction with the other person’s rising star.

Two love birds that share this placement can easily fall in love at first sight. Their relationship emphasizes harmony and emotional comfort. As a result, they feel safe with each other.

Here, there is an intuitive connection and common ground that comes naturally. You and your partner will, therefore, make little effort to understand each other. When the rising start conjuncts the Moon, it increases the odds for a long-term and stable relationship.

If your birth chart reveals a Moon conjunct Ascendant placement, it suggests that you are the type of person who struggles with keeping emotions in check.

As a result, it is helpful to find an outlet that allows you to express yourself. It could be music, art, journaling, etc. People who have this aspect usually possess some form of artistic talent.

Being extremely reactive and sensitive does not have to be disadvantageous. You can use it for good by being empathetic in your interactions with other people. It is essential not to take things too personally and learn how to incorporate logic into your reactions.