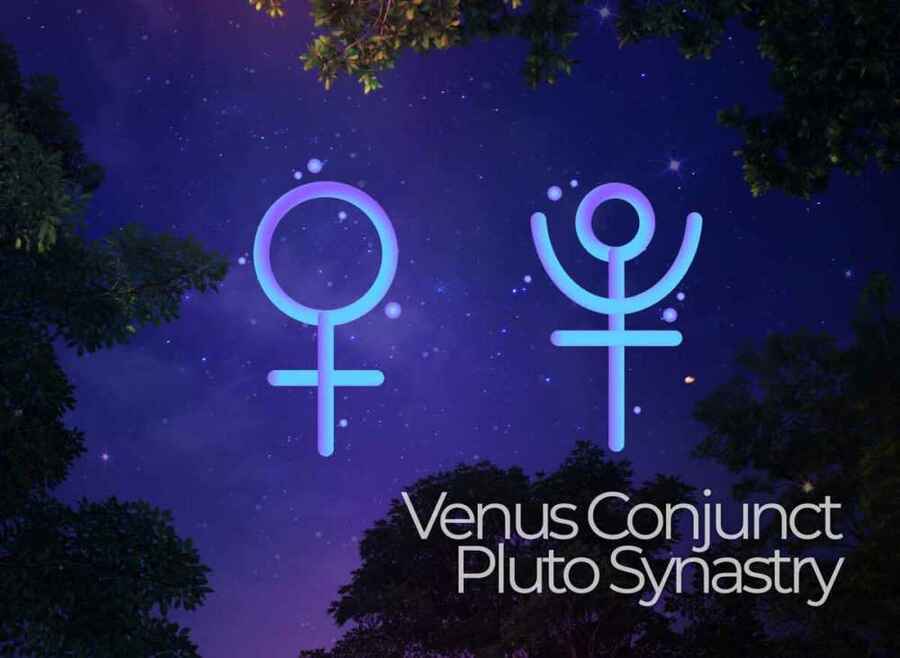 Did you know that the position of the planet in synastry has a significant effect on human personality?

Astrology has proved that planets continuously change their zodiac position to form new associations with other planets. Their unique vitalities play a significant role in creating incredible complexities in our lives.

Astrological analysis reveals that what is seen in the skies mirrors our lives. The natal charts represent the fixed and specific aspects that happened at the time of an individual’s birth.

Every natal chart is different from others and presents the planetary positions at your birth time to help astrologers predict your personality, destiny, and future events. Astrological readings are precious guidelines.

In synastry, Pluto is responsible for bringing obsession, possessiveness, and intensity. It craves intimacy and probes to discover what is lying underneath the surface. It dislikes superficiality and desires something transformative that helps two people connect at a deeper level.

Its pure focus and ruthless action attract deconstruction and reconstruction; however, not in a Neputian manner but more physically and psychologically.

On the other hand, Venus longs for balance and harmony. Being a superficial planet, it longs for charm, beauty, and grace. It is known for its stellar social interaction, the outlet for love, and blessed union.

When these two planets touch each other in synastry, their combined energies trap you into the most fated relationships. Their bond is even more potent than the Mars-Venus synastry connection.

The rollercoaster of Venus-Pluto in synastry might be frightening in the beginning. You feel naturally drawn to your partner. Venus’ delicacy, grace, and beauty attract Pluto, but the magnetic pull between both is far beyond the outer beauty.

Ruling beside each other, their bond is uncontrollable, and like the beast meeting the beauty. Venus’ flowery tastes and social grace have the least value for Pluto, who is more attracted to its psyche. Their relationship is infectious and unstoppable.

Pluto desires to discover the deepest and darkest secrets of Venus and form a relationship that allows both to experience the depths of intimacy. Venus might feel scared and overwhelmed with Pluto’s presence initially, but later on, she feels desire because of his passion. She cannot resist temptation because of the rush of emotions.

The intensity of their relationship amplifies when both Venus and Pluto come at the same level. They live and consume their ties to their last living cell.

Conjunction in astrology is responsible for accent, focus, expansion, and new activity. It directly influences your personality. Sometimes planetary associations and energies may differ due to the involved planets.

Conjunction displays the unification of planetary energies, which are intertwined and mixed to act together. The ideal conjunction occurs at degrees, and the more closer the planets are to 0, the more influential the conjunction is.

Venus implies what a man wants in a woman. Venus is responsible for increasing sexual desire and compatibility in a relationship. For a woman, Venus represents her feminine identity to relate to her partner.

People with positive Venus synastry feel naturally drawn to each other, like a moth to a flame. Their love deepens over time and leads to a mystical binding that eventually results in unconditional love.

When one partner’s Venus meets with the second partner’s Pluto in synastry, they experience intense physical and spiritual love. They might feel insecure and betrayed at times, but their passionate love serves as an anchor to their sailing ship and quickly resolves issues.

The Pluto person always wants to dominate the companionship and wants Venus to be a submissive partner. Over time, when their relationship is developed, the fear of losing each other gives rise to jealousy and insecurity.

Pluto wants to hold complete authority over Venus and later tries to do everything that might please the former. Their relationship reflects all or nothing. Pluto’s possessiveness makes him use manipulative tactics to confine Venus only to him.

He aims at transforming her completely by delving into the depths of intimacy. Their addictive chemistry, the highest level of passion, characterize their relationship with dominance and submission. Their desire to play out the fantasies might lead them to sexual exploitation.

The square aspect of Pluto in synastry opposite Venus can turn their love into hatred quickly.

Venus conjunct Pluto is all about a magnificent emotional and deep path of commitment, love, and affection. Your irresistible aura makes you outstandingly appealing, intriguing, and the most sought after personality.

Your seductive and attractive personality makes people feel consumed in your presence. They feel helpless to repel your magnetism.

Pluto’s provocation for manipulation urges you to portray who you are. The involvement of Venus pushes you towards the love and romantic aspect of your life.

Venus conjunct Pluto personalities are sensitive who believe in their fantastic intuition to validate their choices. In a relationship, you stick to your partner, and nothing can make you separate. You are capable of handling all the challenges of your love life together.

Being loyal and trustworthy, you demand the same from your partner. Your extreme possessiveness often pushes your partner too hard that they feel broken and controlled.

Oscillating with the passionate sexual attraction and re-attraction, your love for each other increases over time instead of losing its charm.

You own a natural desire to control your partner in the most intimate moments. It is a part of your mystical bond to transform your relationship into a deeper connection to elevate it to spiritual levels.

Pluto’s indomitable desire for violent, total, and tantric sex may surprise his partner initially. He desires to have the bliss of physical intimacy, even in the forbidden days and manners too. However, being a fantastic lover, he ensures to give his lover the moments of enjoyment that are worth treasuring for a lifetime.

It takes time to balance your relationship but once reached, it adds up to the pleasures of your companionship.

Venus conjunct Pluto individuals are capable of fighting their inner demons. A romantic relationship can turn their world upside down, and the fear of separation from your partner may leave you in shock resulting in more obsessive behavior towards them.

It could also encourage you to resolve your inner conflicts that are hampering the beauty of your bond. This conjunct of the planet of love and planet of rebirth also makes you aware of your shortcomings to combat the problems.

Learning about your shortcomings urges you to amend your behavior and stop forcing things on your partner. You realize that often blaming your partner ruins the chemistry between you and adds more troubles.

Venus conjunct Pluto motivates you to explore your artistic traits and exercise your creativity.

The most formidable challenge for Venus Conjunct Pluto partners is to separate themselves from their relationship. You lose yourself in your associations, which might cause you unbearable pain.

Undoubtedly, love is your life, but also understand the importance of harmonizing everything in life. Although you are extremely caring towards your partner most of the time, your selfishness might offend them.

You have an uncontrollable desire to transform them as per your taste. It is because you might fail to defeat your inner devils. So you inflict them on your partner resulting in a distorted image of yours.

Trust your partners; they are as attracted to you as you feel drawn to them.

Pluto can maneuver Venus’ desire to please him to take advantage of her monetary powers.

Although Pluto, with his profound obsession, seems knight of the dark kingdom, he is irresistible because of the magical and mystical powers that entice Venus to count on him and do everything to please him.

In Venus Conjunct Pluto, its powers of regeneration and reinvention keep the spirits of your relationship alive. The Pluto individuals do not want to share their partner with anyone, which is why when they fail to conform, they prefer to part their ways and become unavailable.

Their desire to draw Venus into their dark kingdom and consume her in bed till the last breath sometimes takes them to extremes. It might leave Pluto to cry forever if Venus parts her ways from him because his love was genuine towards her, but his emotional immaturity destroyed their relationship.

What you need to change is your way of dominating other people to live the life of your dreams.