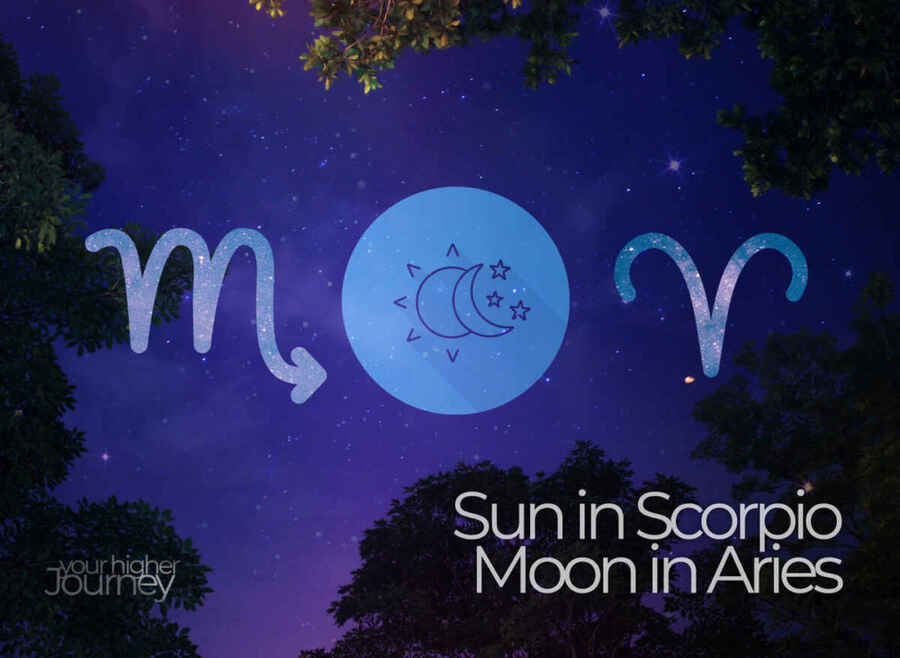 When it comes to reading zodiac signs, one of the most intriguing things that you will discover is that your star/sun sign is not the only horoscope that provides information regarding your personality traits.

The positions of other celestial bodies in the sky at the time of your birth are also of great astrological significance. For instance, in this guide, we will discuss what it means to have the sun in Scorpio and moon in Aries.

The sun sign mostly describes your outer personality or projection to the world. On the other hand, the moon reflects your subconscious or feelings.

What’s more, each of the corresponding zodiac signs has a particular ruling planet that brings more cosmic energy into the mix. All of these influences help to shape the personality of the Scorpio Sun Aries Moon native. Read on to discover the nature of individuals with this type of placement in their birth charts. 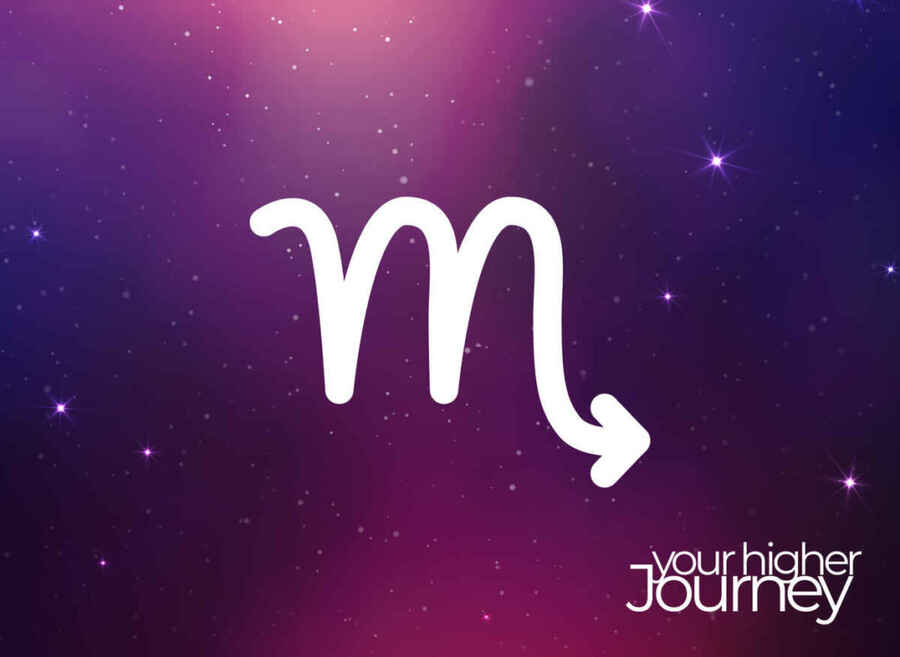 When having the sun in Scorpio, natives with this horoscope often exude a magnetic personality. Other people are drawn to them because they find their dark aura intriguing and hard to resist.

With Scorpios, you will never know what they are up to, even when close to them. By seeming inaccessible and hard to get a hold of, this makes everyone want to interact with them even more. They are quite secretive as well and don’t like to divulge their affairs in the open.

Scorpios also have impressive powers of perception that they use to sense what others think or feel. Their penetrating gaze can feel as though you are interacting with a mind reader who can peer right through your soul. Through this intuitive ability, they are able to get a good read on people and spot a lie instantly.

Individuals with the sun in Scorpio tend to be quite passionate too. Due to channeling lots of energy into hobbies, activities, or work, it is common for them to be combative, especially when stressed.

Having the mystic ability to understand people and the human soul can be a great gift. Some Scorpios use it for good or in sneaky ways that involve either manipulation or control.

Ruled by Pluto, Scorpio natives resonate with planetary energy associated with rebirth, unrest, and destruction. As a result, they are susceptible to developing obsessive, secretive, violent, vindictive, and other self-destructive habits.

However, the good news is that most Scorpios are kind-hearted and like to channel their energy positively and constructively. 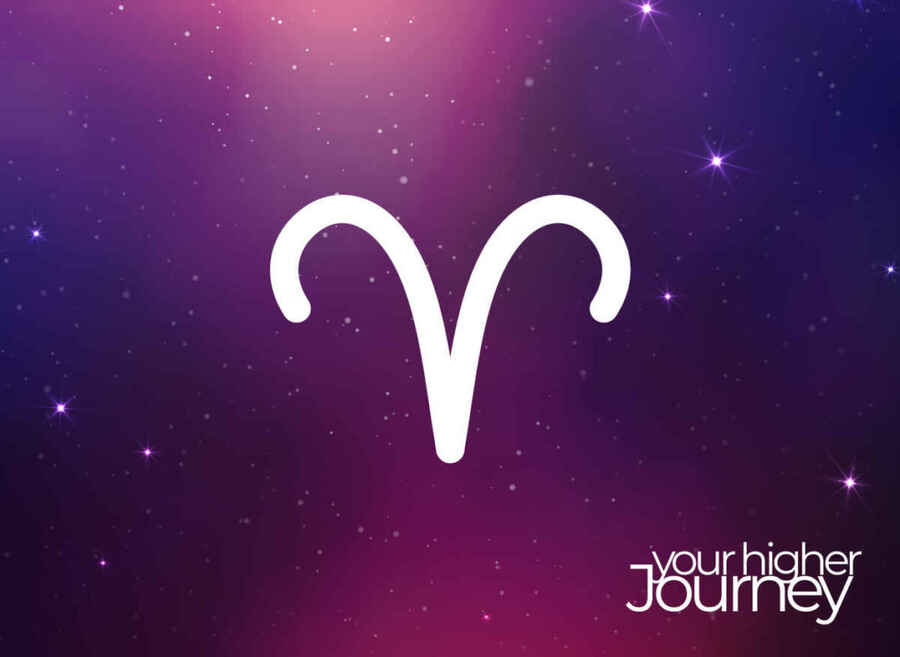 Inherently headfirst by nature, the Aries man or woman expresses how he or she feels without inhibition. Anyone with this placement on their natal chart is naturally fiery, sensitive, and emotional.

Since Aries Moon natives wear their hearts on their sleeves, they will tell you exactly how they feel without hiding anything. On the downside, their emotions sometimes get the best of them and lead to impulsive decisions often being made in the spur of the moment. These uncontrollable reactions can land them in situations where it would have been wiser to stop first and think before taking action.

Combining the fervent Scorpio sun and impetuous but pioneering Aries moon gives birth to a personality best described as a restless soul that stops at nothing to get what it wants.

Ruled by Mars, the planet of activity and power, Scorpio sun Aries moon individuals can never seem to take things slow. Slacking-up is not in their vocabulary because this is like a death sentence to them. They seek and search endlessly. There is always a mountain to climb, a creek to cross, or some other challenge to overcome.

When socializing in gatherings, Scorpio sun Aries moon natives can be the life of the party. No one can keep up with them. They have an energetic nature not seen in other zodiac sign combinations. However, these individuals can be reclusive and detached, especially when they decide to pour their heart and soul into a project.

The sun in Scorpio moon in Aries horoscope combination is also often associated with straight-shooters. People with this sun-moon formation express their opinions and feelings directly and candidly. They don’t hesitate to speak their mind.

The Scorpio sun Aries Moon person is hardworking, confident, and unrelenting. Born naturally with an indomitable spirit, this individual never gives up a fight even when backed to a corner. As a result, he or she usually bounces back from setbacks quickly.

People born with the sun in Scorpio and Moon in Aries also enjoy competing. They love the feeling of triumph, especially after emerging victorious from a hard-fought battle. It is common for them to get addicted to this feeling and enter into competitions just to test the limits of their abilities.

Another positive attribute of Scorpio sun Aries moon natives is that they tend to be purposeful. These people know what they want and are very straightforward in how to go about achieving their goals. They surge ahead with copious amounts of determination, sometimes expressing great courage in their actions.

Scorpion sun Aries moon individuals have a few negative traits as well. For instance, they can be impulsive, temperamental, and self-centered. Their intuitive side, when put to nefarious use, has a capacity for connivery and deception. The fortunate thing about these people is that they usually manage to bury these traits and urges thanks to Scorpio’s suppressive influences. 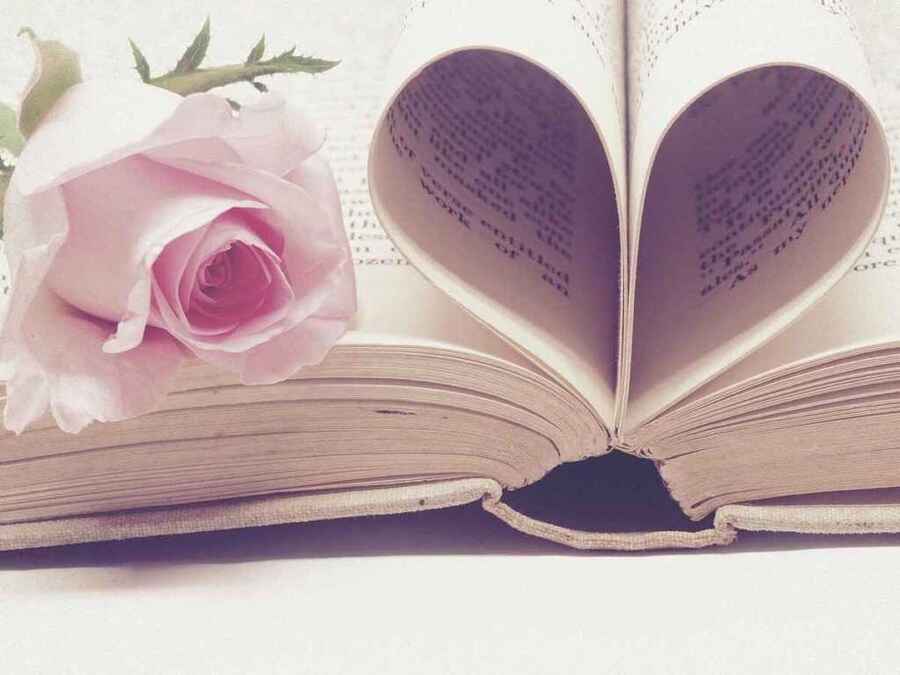 When it comes to relationships, people born with the sun in Scorpio moon in Aries are very passionate. They are usually good looking and have athletic bodies that attract lots of suitors. Therefore, they experience little difficulty approaching potential partners.

Scorpio suns are slow to commit but have a strong sex drive and want to experiment. As a result, some of them, especially the men, are prone to being intimately involved with more than one partner. However, once they find the right person, they end up being the most loyal spouses in a marriage.

Since Scorpio sun Aries moon personalities tend to be domineering, they are more compatible with passive partners who are patient and no so opinionated. One thing they hate is dishonesty. When a partner hurts them, they can get quite vengeful. 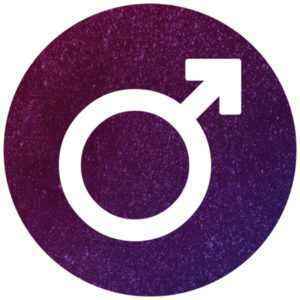 The man with this sun-moon combination is more often than not self-centered. He only cares about himself because the zodiac signs at play influence him to put his career, dreams, or goals above everything else.

Due to being aggressive, the Scorpio sun Aries moon man can be bad-tempered and bossy. When single, he is often a playboy who invests his energy in casual pleasurable pursuits.

As a husband, he will be loyal but also a potential workaholic at the same time. Sometimes his reason to settle down is to have a woman around who can deal with the domestic things he doesn’t have time for anymore. 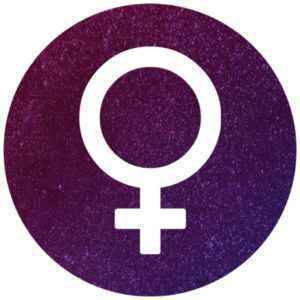 Just like her male counterpart, the Scorpio sun Aries moon woman settles down much later in life. As such, this is the type of girl with plenty of ex-boyfriends. She is likely not going to get married until after attaining her professional goals, especially if she is one of the intelligent natives of this sun-moon zodiac combination.

Women born with the sun in Scorpio moon in Aries are always looking for new experiences to explore. They are adventurous and passionate about their work. You will often find them delving into projects that involve solving one crisis after another.

For a marriage partner, she will get along best with a man who will be supportive of her career. As a wife, she is irresistible. If blessed with kids, she tends to be the protective mother.

Persons born with the sun in Scorpio moon in Aries possess an intricate mix of traits. They are curious, ambitious, focused, passionate, unrelenting, and at the same time, energetic. Their love for accomplishing goals knows no bounds, and they will stop at nothing to get what they want in life. These natives make great providers but need to be careful not to push away others with their proclivity to becoming aggressive, self-centered, or ill-tempered.

You Might Also Like:  Sagittarius Sun Taurus Moon - Energetic and Adventurous Creatures of Comfort
Angel Number 355: Channel Your Passion into Positive Change Previous post
556 Angel Number: Do What's Best for You & Your Loved Ones Next post