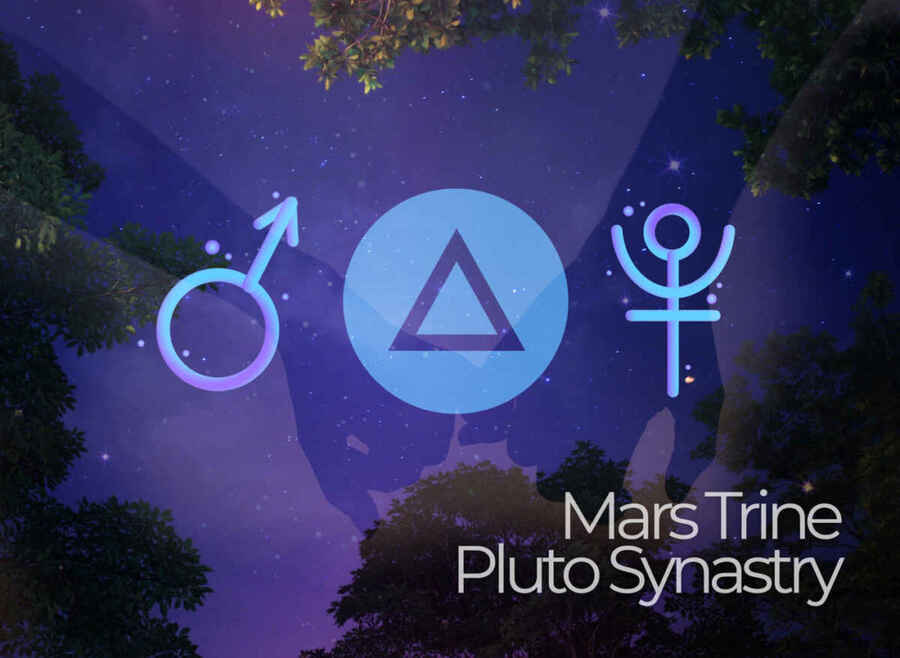 Astrology has always satisfied man’s curiosity and guided humanity in every matter of life, especially guidance for compatibility in relationships. The planetary position within our natal charts at our birth determines our personality traits and outcomes.

The position of planets in different zodiac signs gives a profound insight into our personality — the relationship between two planets in synastry form various harmonious and opposing aspects.

These aspects are responsible for balancing the seamless flow of planetary energy. Planets in harmony reveal their cooperating capacities. Contrary to that, opposing factors block planetary energies and indicate hurdles in life.

In synastry, planets relate to each other while making formations on sextiles, trine, conjunction, squares, and opposition.

Trine is a wonderful and harmonious aspect of synastry. Trine implies promising opportunities for fulfilling an individual’s desires and fortunate circumstances to manifest life goals. 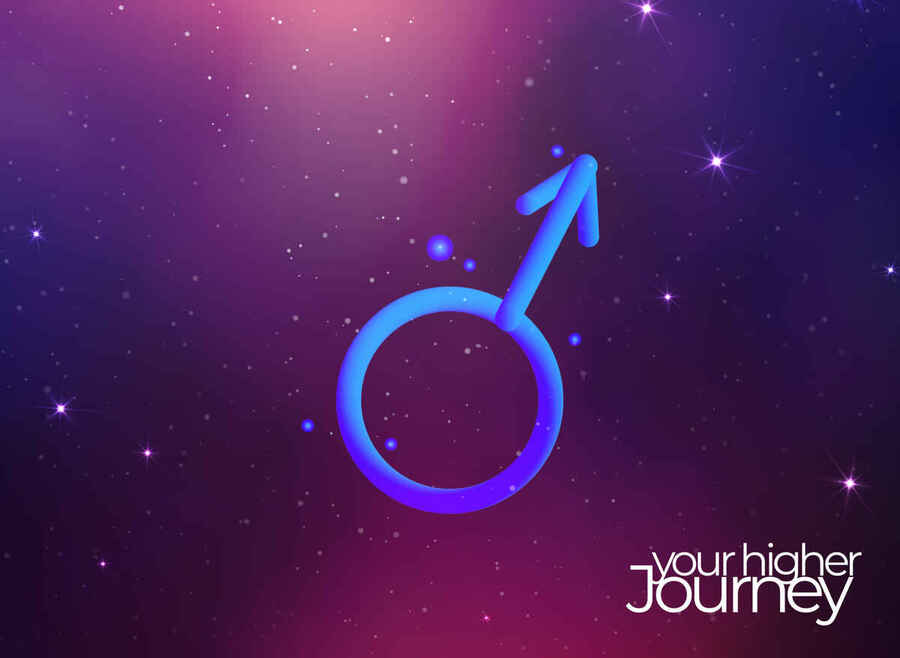 Mars is known for its bad reputation. But it does not mean that it leaves a bad influence in synastry. Its harmonious aspects with other planets in synastry emit radiating energy, endurance, and strong leadership qualities that make its natives prominent among their peers.

Being the ruler of war and aggression, it is responsible for creating destructive energies, impatience, ailments, wounds, bloodshed, disaster, and criticism in its challenging aspects.

Violence, aggression, and brutality are common traits of Mars. It has the most influential powers in Aries and Scorpio. People born under the influence of Mars are incredibly courageous, determined, and iron-willed so that nothing can shatter their desires.

They are prone to be violent and dominating with an inherent desire to control others. Owing to their competitive and intolerant nature, they often become rude to others.

Pluto is the dwarf planet in astrology. It is associated with birth, death, and a thorough transformation to change lives for good. It takes courage to remove old things and make room for new things in life. That’s why it is considered responsible for regeneration.

Natives of Pluto often undergo massive transformation to achieve their soul purpose ultimately. Pluto radiates special intuitive powers to enable its native to see through people and read their minds.

It is never easy to fool Plutonians because of their refined intuition and mind-reading abilities. They know how to uncover the secrets for improving life standards. Its challenging aspect may result in utter despair and failure.

Plutonians are social butterflies who love to connect with others and take them on their transformational journey for mutual growth.

Mars and Pluto’s trine aspect in synastry gives birth to an intense bond between two individuals filled with passion, aggression, and transformation. The magnetic pull between partners makes them so addicted to each other, that it becomes impossible for them to live apart.

Their influential personalities under the trine aspect’s influence defy their competitive spirit and the battle for supremacy. Their companionship undergoes many conflicts, and the importance of realizing the need to control their reactions becomes mandatory to save their relationship.

Pluto and Mars try to rule each other because of their dominating and controlling behaviour and fall prey to clashes. Both are difficult to control and manipulate.

Pluto’s intuitive powers allow them to communicate with their partner without words, saving their relationship despite conflicts and clashes. Mars feels attracted to Pluto’s captivating personality.

Mars is open and direct in its responses, whereas Pluto prefers not to reveal its secrets. Pluto intends to know everything about Mars, which disturbs Mars and breathes clashes in their association.

Sometimes Pluto tries to manipulate Mars to do something that is not acceptable for them. Fortunately, this desire diminishes because of their potential conflicts.

Mars trine Pluto in synastry implies strong transformative effects on this zealous union. Pluto ensures to satisfy Mars’ needs. They consume their relationship to the fullest to enjoy its intensity.

Pluto inspires Mars to explore its potentials and reach unimaginable depths to realize goals. Together they are capable of achieving everything they desire. Their cooperation leads them to attain everything they target.

Their success lies in putting their ego and dominating traits aside to manage their relationship in a rewarding manner. Pluto extends its support for Mars to take him out of the dark recesses of depression. Together they can pass every trial in life.

Mars man knows how to woo a woman. His masculinity is his biggest asset to charm his partner. He owns the responsibility to make their relationship easier and enhance the sexual desires and compatibility.

Both Mars and Pluto can not hold their passion and strive to experience the extremes. Their enormous sexual energies are absorbing. Their assertiveness allows them to pull off all obstacles and negativity to accomplish the true essence of togetherness.

Pluto emotionally provokes Mars to believe that intimacy will allow them to fulfil their sexual desires and become a solution to all pent up tensions and conflicts. Both Mars and Pluto crave for each other.

They feel it is the best way to support each other. The regenerative energies create a possessive sexual union to make their partnership more robust and long-lasting.

Pluto persons strive to uphold their strategic thoughts and plan every time they expect Mars to agree with them. In comparison, Mars persons are prone to their instinctual activities and acting as larger than life. Such an attitude from both sides often becomes a reason for power issues.

As a couple, both undergo many ups and downs. Egoistic traits also push them to go to extremes without thinking much. Mars person is more dynamic and loud, whereas Pluto persons prefer to absorb as much as they can before voicing their anger.

But when Pluto person decides to voice their emotions, they do not tolerate any prejudice and neither accept any control. Manipulation, possessiveness, controlling behaviour and keeping secrets can ruin their happiness.

Both Mars and Pluto persons need to practice harnessing their inner demons than probing into each other psychological problems.

The trine of Mars and Pluto reveals an intense relationship. This is an association of mutual admiration. The trine merges both these dynamic personalities into one.

Despite their dominating personalities, both take responsibility to fulfil each other’s desires. The only problem in their relationship could be their egoistic traits. Mars believes to be open, whereas Pluto prefers to be secretive. Such secrecy annoys Mars because Mars persons believe that nothing should be secret among partners.

Mars trine Pluto in synastry is among the best combinations of planets in relationship synastry to accomplish anything that they want in their personal and professional life.