Sun Square Moon Synastry – The Union of Opposite Personalities 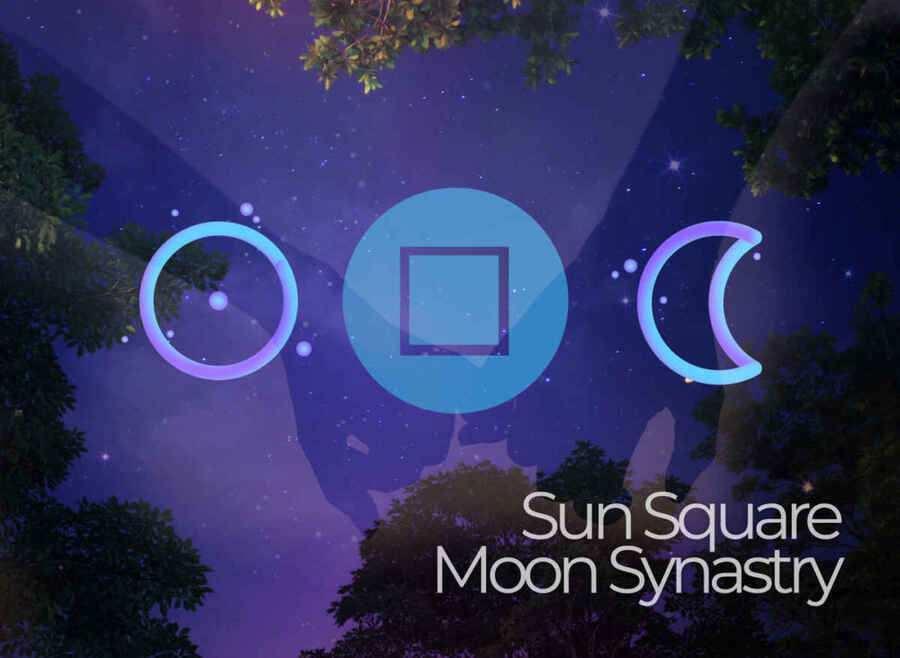 Humanity has often looked upon the Sun and Moon as Gods to help humans in times of difficulty. The Sun and Moon have been companions since the advent of time. Both complement each other in every aspect. If Sun is yin, then the Moon represents yang.

The two celestial bodies unleash opposite energies, making them fall head over heels in love with each other.

When these two bodies combine under Synastry, the day meets the night, the dark meets the light, and the subconscious mind meets the conscious mind. Find out the key points you should know about Sun Square Moon Synastry in this guide.

Sun – The Planet Of Authority, Power, And Ego 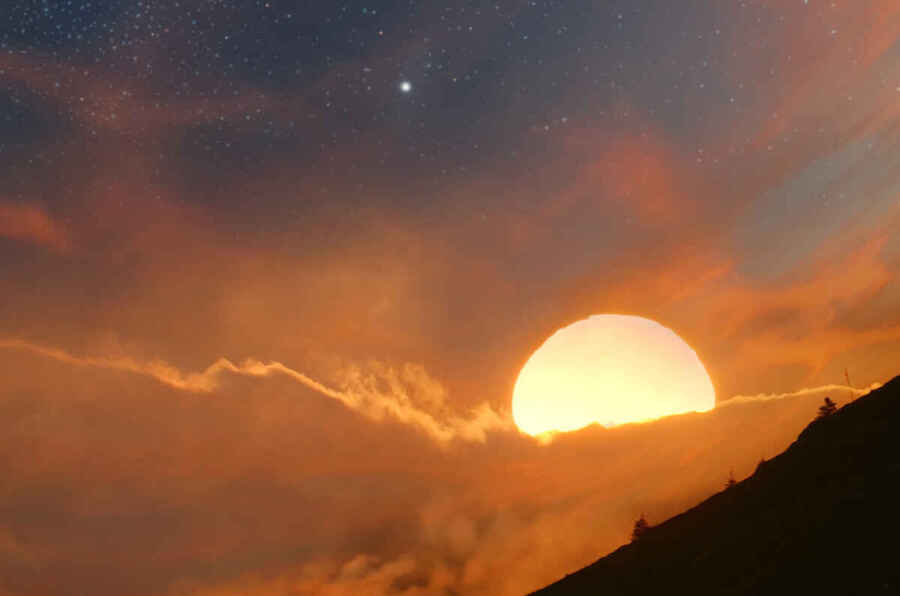 While Sun is a star, it is considered a planet in astrology.

The spiritual power of the Sun, just like its physical power, is infinite. This celestial body is the source of light and signifies an individual’s ego, control, and consciousness.

The Sun sign is responsible for the most significant personality traits of an individual. If the planet Sun dominates your birth chart, it gives you the courage to chase your dreams and the power to accomplish your deepest desires. However, with the power of the Sun comes the ego.

A Sun person is known to be authoritative, stubborn, and egotistical. Such people often do not care about others’ feelings, making it difficult for them to form meaningful relationships with others, especially their soulmates.

According to Hindu astrology, Sun is the most powerful planet in the universe. However, if the Sun is ill-placed in the natal chart, the person can manifest a strange desire to rule over every aspect of his life, which is disastrous for the Sun’s love life.

Moon – The Planet Of Feminine Energy 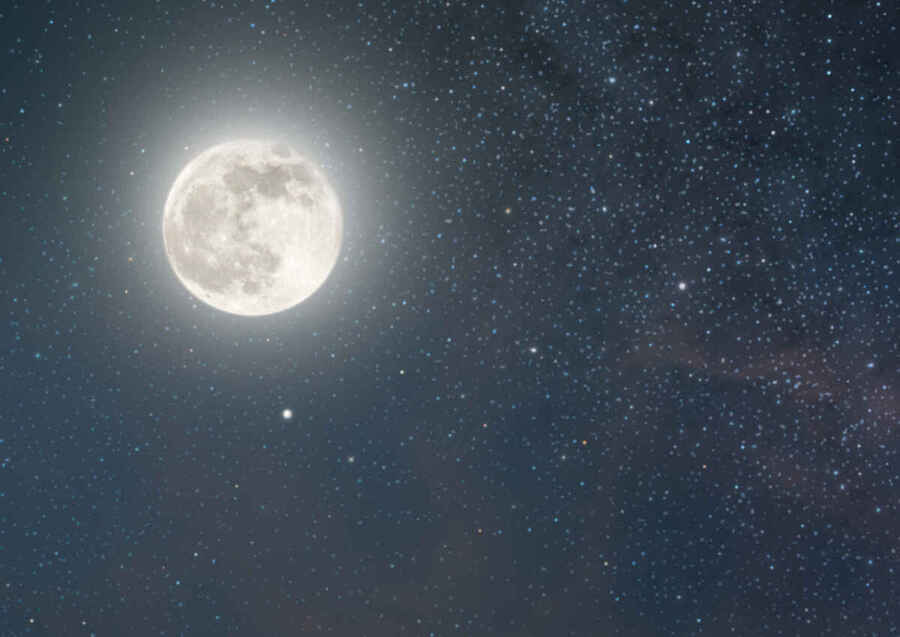 Opposing the Sun in every aspect, the Moon signifies our deepest secrets, emotional needs, habits, and subconscious mind. Moon represents our intuition, the workings of our unconscious mind, and the darkest secrets of our soul.

This celestial body can be explained through two figures, an inner child and a caring mother. Like an inner child, the Moon represents innocence, spontaneity, and new beginnings.

On the other hand, the mother signifies the need to protect those closest to one’s heart. As the Moon indirectly circles the Sun, it symbolizes the need to defend ourselves, and make ourselves feel loved.

Moon is also known as the mediator between the inner and the outer world. It gives an individual his unique creative energies. However, Moon’s inner child often manifests in irrationality.

If Moon dominates your natal chart, you are too trusting, which sometimes hurts you beyond repair. Therefore, it is essential to defend oneself from false promises and not rely on intuition for every decision. 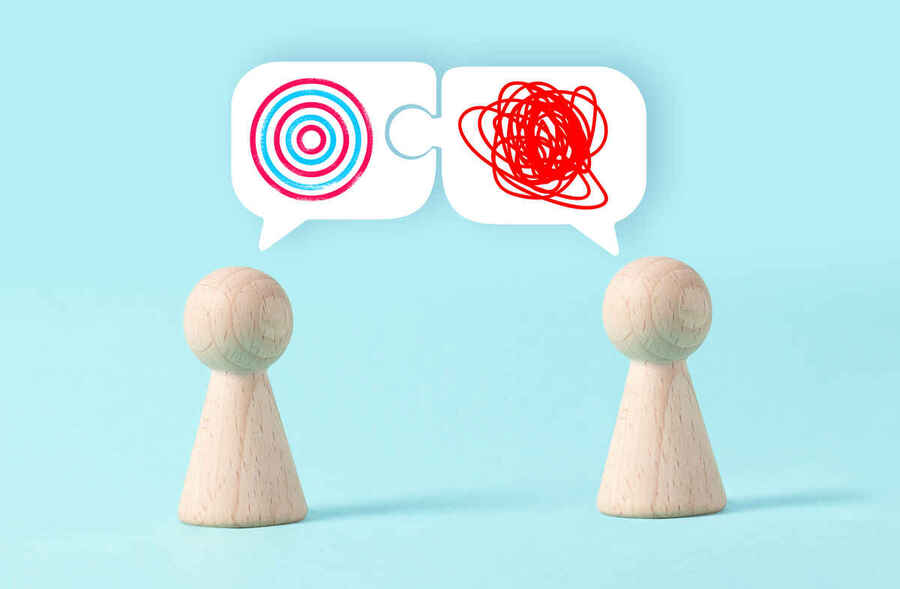 While Sun and Moon complement each other in almost every aspect, they both belong to the spectrum’s opposite ends. This opposition means that their energies allow them to be immediately attracted to each other.

You Might Also Like:  Moon in the 7th House Synastry – An Atmosphere of Acceptance, Security, and Open-Mindedness

However, once they get over the initial attraction, both parties start to see each other’s real personality. The relationship between the Sun and the Moon has a rocky start. Both individuals have their own dominating traits, which means that they often fight because of their disagreements.

While Sun is authoritative and rational, Moon is innocent and irrational. This difference causes friction in the relationship when both parties want opposite things. However, once the challenging phase is over, and both individuals understand each other, they start to see each other’s positivity.

Another aspect that makes this relationship difficult is Sun’s reluctance in accepting the relationship with open arms. Moon person relies on its intuition, which means that it always knows what it wants.

On the other hand, Sun’s deep-rooted fear of being left alone, coupled with its egotistical personality traits, makes it difficult to accept the love of Moon. If such a thing happens and Sun doesn’t realize its mistake, the inability to love Moon truthfully can bring this relationship to an end.

Sun and Moon, despite their differences, love each other’s unique quirks and qualities. Sun brings positivity and optimism to the relationship and helps the Moon recognize its gifts while giving it the confidence to achieve its dreams.

On the other hand, Moon allows Sun to come out of its shell and feel the universe’s love for its people. It gives Sun the ability to see beyond the surface and recognize the secrets within.

It helps Sun let go of its bad experiences and live life as a free individual without the past burden. Both individuals give each other the confidence to face their fears and succeed in their life mission. Moon nurtures Sun’s dreams, while the Sun person gives Moon the love it needs to unlock its true potential.

While Sun takes on the leader’s role in the relationship, Moon is not as comfortable being subservient in the union. Sometimes, the Moon person can feel overshadowed by the ever-growing presence of the Sun. When such a thing happens, the Sun needs to understand Moon’s concerns and give it the space it needs to live life on its own terms.

The Sun person loves to be in control of everything. Even when it gives Moon the authority, it often manipulates the Moon into doing things its own way. While Moon has an innocent side, its strong intuition helps it catch on to Sun’s intentions. Such small arguments can turn into huge fights, which in some cases, can bring the relationship to an end. 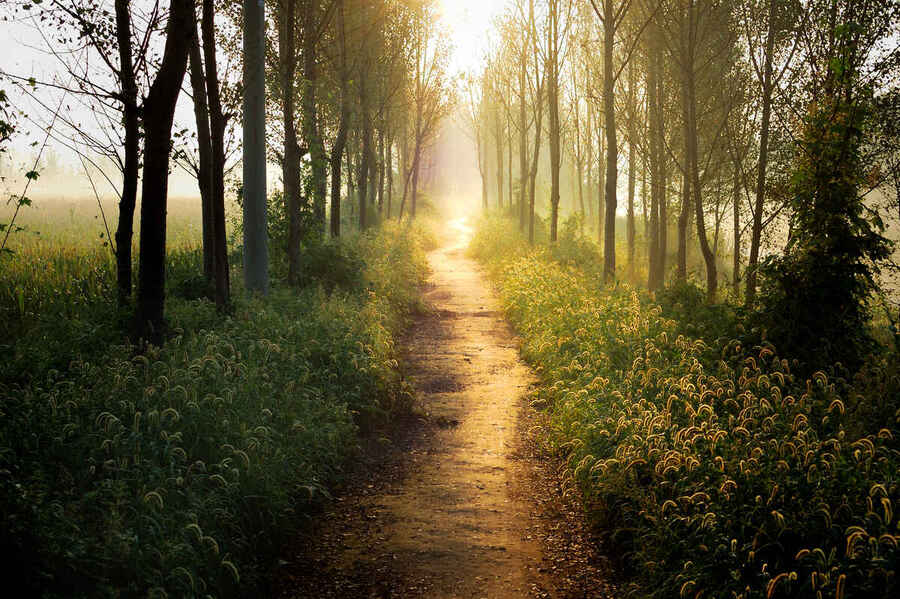 The relationship between a Sun and Moon is complicated and often short-lived. The Moon finds the Sun too-rational and overbearing, while the Sun considers Moon to be too dependent and irrational.

Although both individuals try their best to support each other, sometimes giving their partners all of their energy and time makes them resent each other. However, this does not mean that this union is not significant.

While going through this relationship’s hardships, both individuals develop a greater understanding of themselves, allowing them to grow for future relationships.

However, both parties sometimes allow themselves to fall madly in love with each other despite all the hurdles. When both partners work together to make their relationship work, nothing can come between their happiness.

Choosing the person with whom you want to spend your life is the most difficult decision you will ever have to make. While some people get lucky and find love when they’re not even looking for it, others have to struggle to get the happiness they deserve.

Sun Square Moon Synastry represents a relationship that is full of hardships, heartbreak, and compromises. However, this does not mean that you cannot make such a relationship work with commitment, determination, and most importantly, love.

Communication is vital when it comes to challenging relationships. When you and your partner understand each other’s needs, you try to make your lover feel comfortable and happy.

When you give your all to your partner and expect nothing in return, the universe returns the favor by helping your significant other see the light and make sacrifices to ensure a future that is happy, blessed, and content.