Sun Opposite Mars Synastry – A Union of Competitive Souls 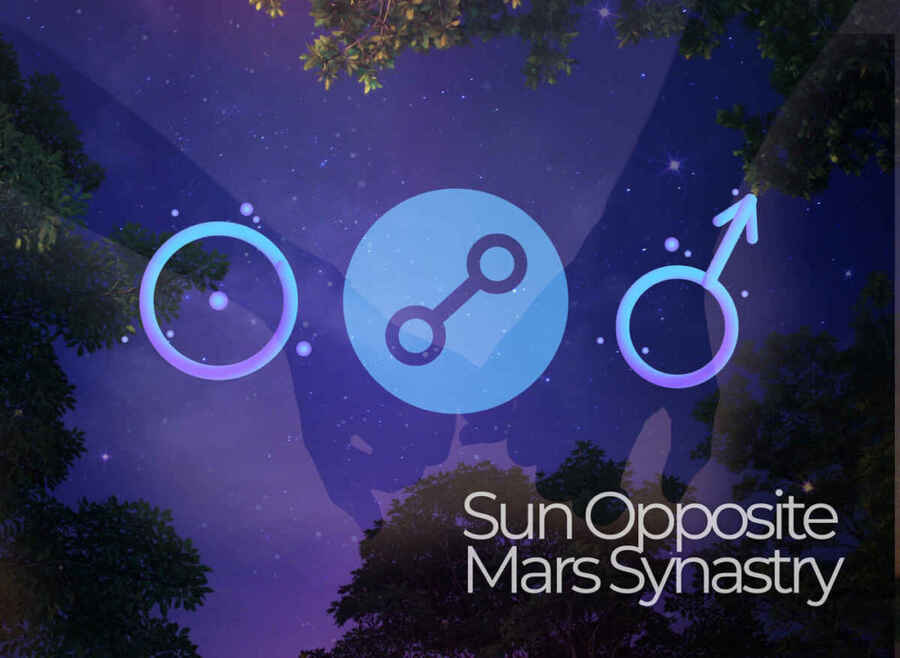 Since the dawn of civilization, man has looked upon the universe with curiosity. The cosmos holds the answer to the darkest mysteries regarding your birth, personality, and companionship.

When humankind finally understood the power held by the universe, it began studying planets and their interaction to determine life patterns.

Sun is characterized as the most powerful planet in astrology as it radiates authority. On the other hand, Mars is the planet of raw energy, sexual desires, and creative outbursts.

The Sun, also known as the giver of life, represents our consciousness in astrology. It signifies our will to live and the life force that links us to the universe.

Just like the planets revolve around the Sun and look upon it for guidance, our life purpose and goals depend on the Sun’s position in our natal chart. The Sun is the adult that covers and protects the child within each of us from getting hurt. It is the ego that defines our personality, our likes and dislikes, and our decisions.

Sun forms the source of all energies. In a battle between reason and instinct, the former always wins because it is the natural trait of the Sun. All planets in an individual’s natal chart impact his life in various ways.

The Sun is what makes every individual unique as it grants a person their particular traits and characteristics. However, the role of the Sun is not limited to the personality of an individual.

Sun also has the power to spark our creativity, which means it grants individuals the ability to tackle everyday life challenges.

Named after the God of War, Mars is the ruler of Aries. In astrology, Mars depicts the survival instinct of a person and his sexual desires. Known as the most sensual planet of the solar system, Mars signifies our desire, aggression, and passion.

It allows us to understand our carnal desires and how to pursue these desires. Mars is a planet of energy and action, which reveals how individuals use their innate gifts to accomplish their goals.

This planet’s power allows us to get up in the morning and work towards achieving our vision. When a person acts on this planet’s instinct, they are adventurous, assertive, and direct.

However, the planet projects raw emotions, which means that sometimes Mars can cause people to go off the rails. It is essential to keep a check on your feelings. While listening to your instinct is vital, it is imperative to know when you are crossing a line or being impatient, forceful, or aggressive.

Sun Opposite Mars Synastry – A Magnetic And Passionate Love Affair 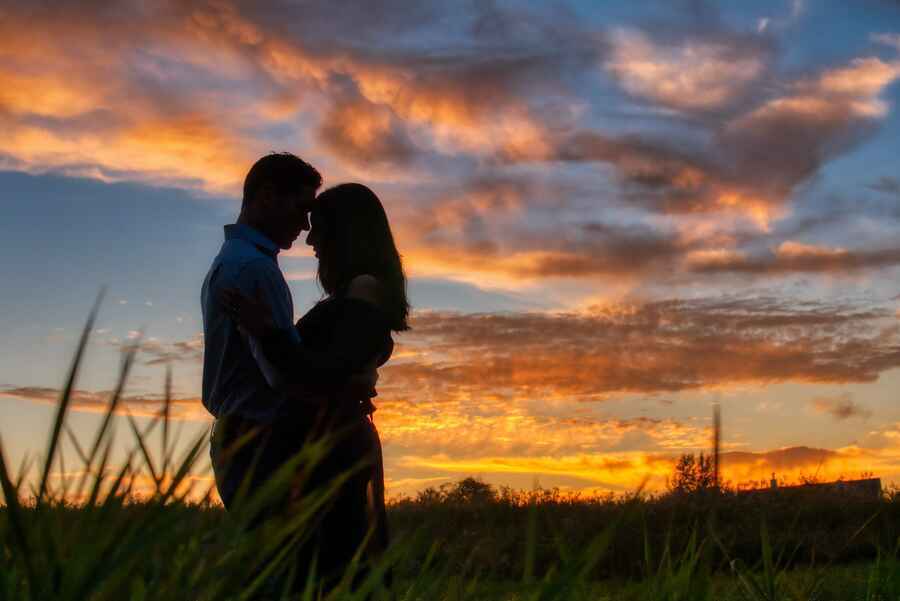 When the Sun is in opposition to Mars, the relationship tends to be overly complicated. The Sun is all about relying on your conscious mind and protecting your honor, while Mars chooses to act on its instinct without caring for the consequences.

Such differing personalities act as two ends of a magnet, as such individuals cannot stop thinking about each other. Sex is a significant part of such a relationship. Both partners feel attracted to each other, making them one of the most passionate lovers in the zodiac.

However, once such a couple settles, their opposing views can turn the relationship bitter. As both partners continue to fight for power, they end up losing each other in the process.

To make such a relationship work, it is essential to communicate with each other. When such partners start to open up to each other, they unleash unique energy that allows their relationship to thrive.

This constant support and communication enable them to develop a relationship where no one rules over the other, allowing them to fall in love and finally settle down.

Sun and Mars express their desires in different ways. When these partners understand each other, they begin giving each other space that allows their relationship to blossom.

When Mars comprehends the Sun’s fear of getting hurt, it tries its best to bring Sun out of its shell, making their relationship stronger.

Mars’s enthusiastic personality inspires the Sun person to take more initiative in life. While there is competitiveness in the relationship, it can transform into a healthy competition that allows both partners to focus on their careers and build a blessed life with each other. 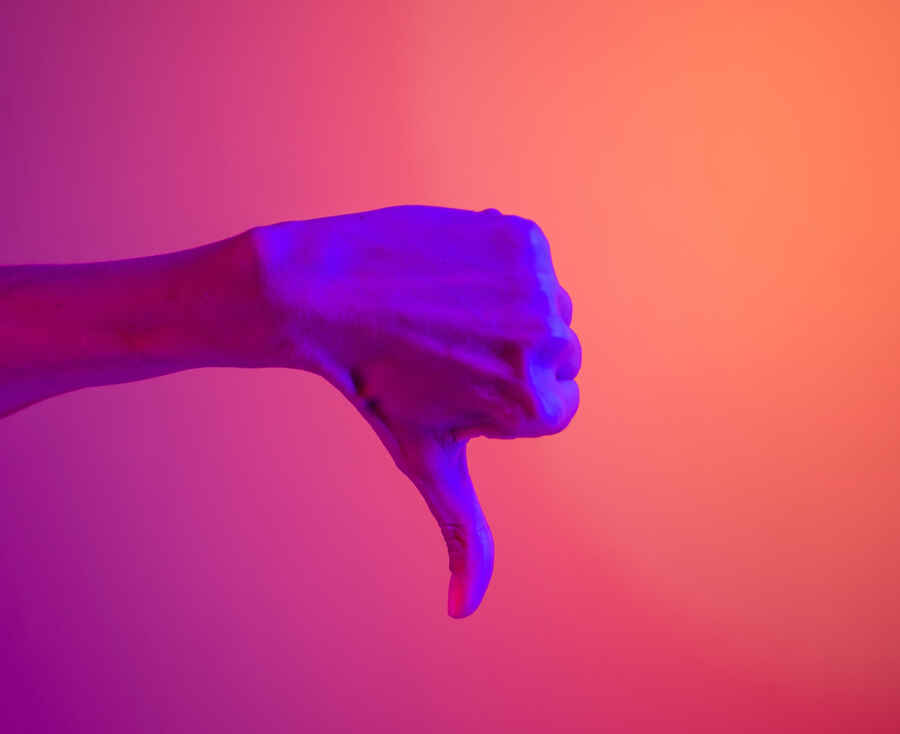 Sun and Mars are both masculine planets, which means both possess the inherent need to lead. This desire to decide everything in the relationship makes the other person feel suffocated and unloved. Once the conflict starts between these partners, it only becomes bigger and bigger.

In such a relationship, both partners feel a need to hide their inner secrets and protect themselves from getting hurt. This mistrust makes breaking down barriers and connecting almost impossible.

The Mars person often exerts his will in the most unexpected ways, which annoys the Sun person. If such arguments are left unresolved, the misunderstandings continue to pile up, ending in a failed relationship.

Sun Opposite Mars Synastry – A Battle For Supremacy

Because of the planets’ differing energies, this relationship often becomes a battleground where both individuals feel a need to dominate over the other. Due to their opposite tastes, they keep hurting each other at every turn.

However, their flawless sexual chemistry makes it impossible for them to sever their bond. This constant battle for power can leave both parties with nothing, which is why it is essential to control your instincts and understand your partner’s feelings.

Sun person often tends to get angry at the way Mars handles things. This forces Mars to form a shell and be defensive about every decision it makes. On the other hand, the calculated decision-making approach of the Sun can make it appear boring to the Mars person, who is all about living on the edge.

Even when Sun tries to do something special for its partner, the predictable nature of the Sun leaves Mars unimpressed with even the most heartfelt expressions of love.

When Sun and Mars form a synastry in opposition, conflicts are bound to happen. Young individuals who have not yet discovered their personality flaws can easily get caught up in this relationship’s sexual appeal without thinking about their union’s consequences.

However, when two mature individuals enter such a relationship, they have the power to change the course of this union by giving each other the space they need to continue living a blissful life together.

No relationship is without its challenges, and the Sun opposite Mars synastry is no exception. Without facing the hardships, no couple can make a solid foundation for their relationship. When a person realizes the significance of love and truly tries to make a relationship work through commitment, nothing can come between such a couple.