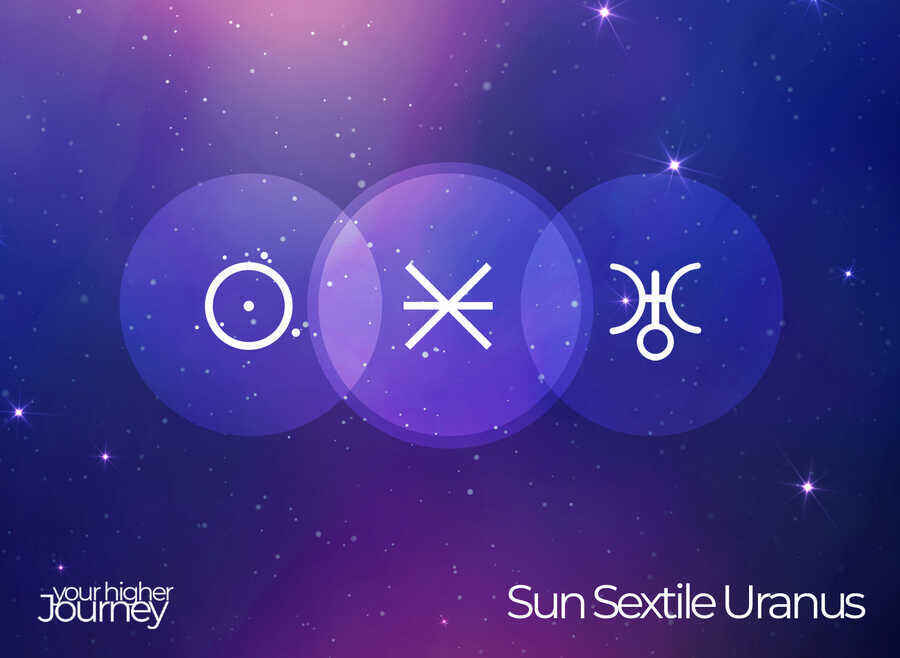 The Sun sextile Uranus placement brings harmonious energy between the astrological planets that represent a person’s life purpose and the desire to be different and exceptional. Usually, it is associated with visionary and brilliant individuals who have the courage not to conform to what is conventional.

People born with this interplanetary aspect have a natural desire to make an outstanding contribution to society and leave their mark in the world. They set many goals and attempt to achieve them throughout their life. Often, these natives inspire with their ingenuity and courage to do things that others can’t do or don’t want to attempt.

In this guide, we’ll delve deeper into what it means to have your Sun in a sextile alignment to Uranus, including how this affects everyone when it occurs as a transit. 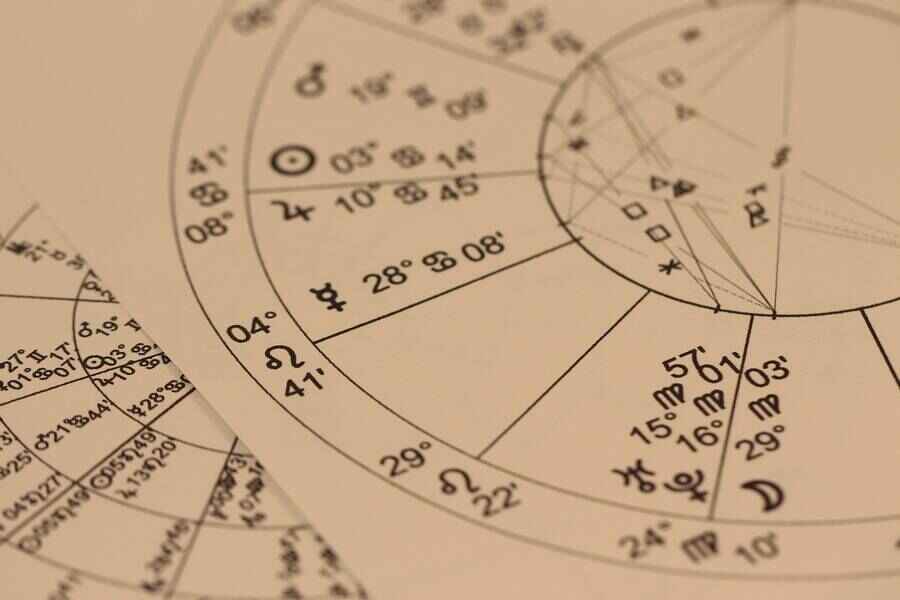 When the Sun forms a sextile aspect to Uranus in the natal chart, this placement bestows certain traits to individuals born with it. These characteristics come from the influence of both planets. Therefore, it is essential to understand what these two celestial bodies represent from an astrological point of view and the significance of their alignment.

Astrologically speaking, the Sun is the planet that rules our identity, individuality, consciousness, and vitality. It is our life purpose, ego, and represents our reasoning abilities or rationality.

On the other hand, the energy of Uranus is unpredictable, often bringing about sudden and unexpected shifts. It is the planet of radical ideas, freedom, and originality. That is why Uranus symbolizes inventions, creativity, and discoveries.

When having a sextile aspect, the Sun will be at an angle of 55 to 65 degrees from Uranus. In astrology, this alignment allows balanced and cooperative planetary energy to flow freely, and it usually brings fortunate opportunities in a person’s life.

Generally, Sun sextile Uranus brings out the best gifts and talents of a person. People who have this planetary combination in their natal charts tend to manifest the following traits. 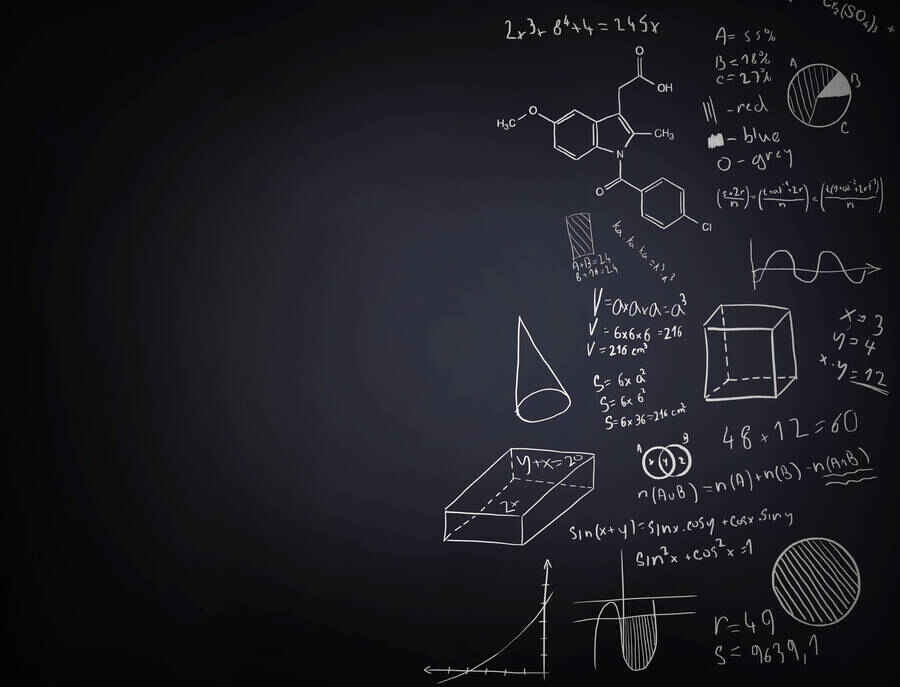 The Sun forming a sextile aspect to Uranus in the natal chart usually indicates individuals with a high IQ. These natives are geniuses in every sense of the word. They desire to be innovative and experiment a lot in their problem-solving approach.

With this aspect, one can be sharp, creative, and curious. It often influences a person to choose careers that provide opportunities to express these qualities. For instance, many Sun sextile Uranus people develop a passion for science, and others venture into the IT sector.

People who have this planetary aspect conceive great ideas that inspire them to achieve goals that seem impossible. Sometimes their ideas have a sense of novelty or being ahead of time, so they are often ridiculed for this.

Some of these natives become famous inventors and come up with discoveries that somehow make the world a better place. A case in point is the world-renowned physicist and mathematician Isaac Newton, who had the Sun sextile Uranus aspect in his natal chart. 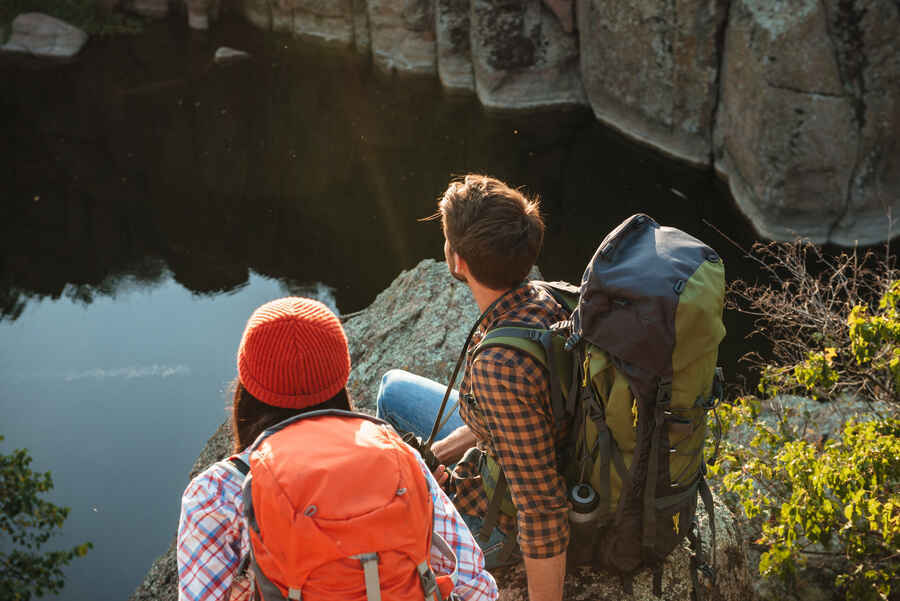 This interplanetary aspect also brings forth an adventurous and explorative character in someone’s personality. Uranus is known for sparking a desire for freedom. When it is in a harmonious sextile aspect with the Sun, it will influence you to live life on your own terms.

In this case, there is a manifestation of a strong independent spirit. Hence, this is why someone who has a Sun sextile Uranus natal placement will not mind being an outsider.

An individual with this placement will not like it when being told what to do, especially when those giving orders lack the ingenuity and inventiveness that this native has.

Instead, these people prefer working alone to being in a team. Their ideal career would be in a profession that gives them the freedom and space to organize their own time, where they get to be their own boss.

In some cases, the free-spirited nature of these individuals develops from a young age. Growing up, they may have had a father figure who was not conservative and encouraged them to find their true self. Alternatively, it could also be that he was always absent or too strict, and at some point, this inspired them to rebel. 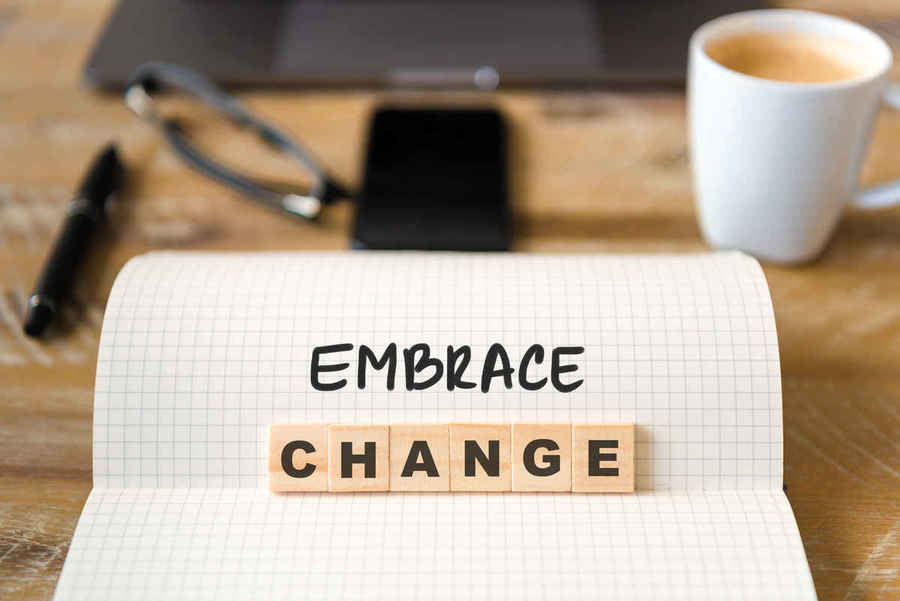 Those born with the Sun and Uranus having a harmonious sextile aspect tend to pursue change with a positive mindset. Expecting the unexpected is how they go through life. They take everything in stride, so nothing fazes them.

These folks are in their best element when initiating change instead of holding themselves back for fear of upsetting the status quo. Although they enjoy change and embrace it, this does not necessarily mean their lives are chaotic.

Sun sextile Uranus natives have a positive outlook that pushes them to improve their lives. Therefore, it is unlikely for them to spiral down a destructive path. Their strong sense of intuition also guides them in making the right choices.

Accepting that things never remain the same is an attitude that comes easily to those born with this aspect. Since they focus on the future, they adapt quickly to new ways of doing things that seem more efficient or practical.

4 Comfort in Being Unconventional & Eccentric 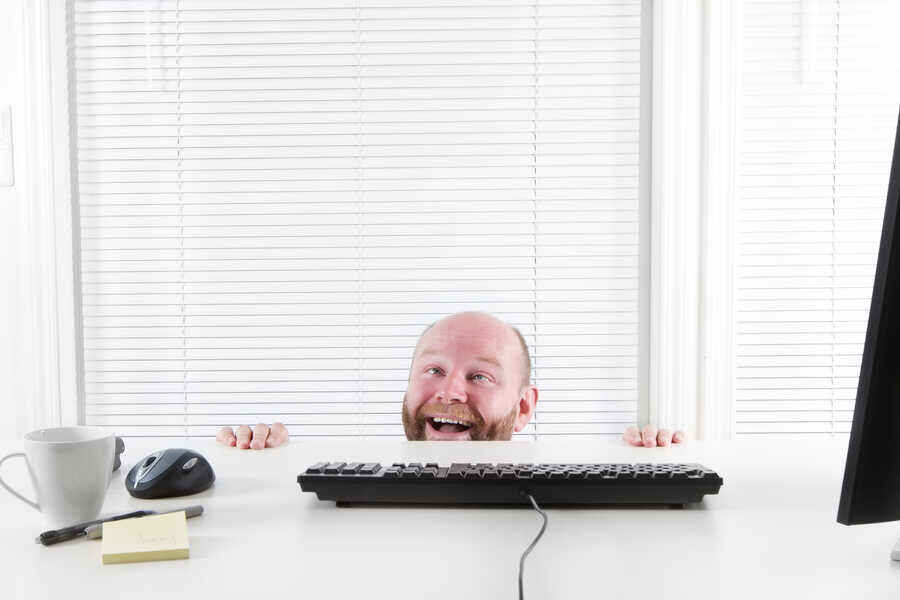 Another trait for people with a harmonious Sun-Uranus aspect is that they tend to stand out from the crowd. Without even trying, these folks come across as unique and original. They are also assertive and do not shy away from expressing their eccentricity.

Simply put, Sun sextile Uranus natives make choices that align with their inner authenticity rather than conform to external expectations. As a result, they have a big ego and are proud of being unique.

A person who has a sextile aspect between their Sun and Uranus keeps an open mind and does not judge others. Since these individuals do not put a label on everyone, misfits in society feel comfortable being around them. People who view themselves as conventional also appreciate their openness because they don’t try to force others into accepting eccentric views. 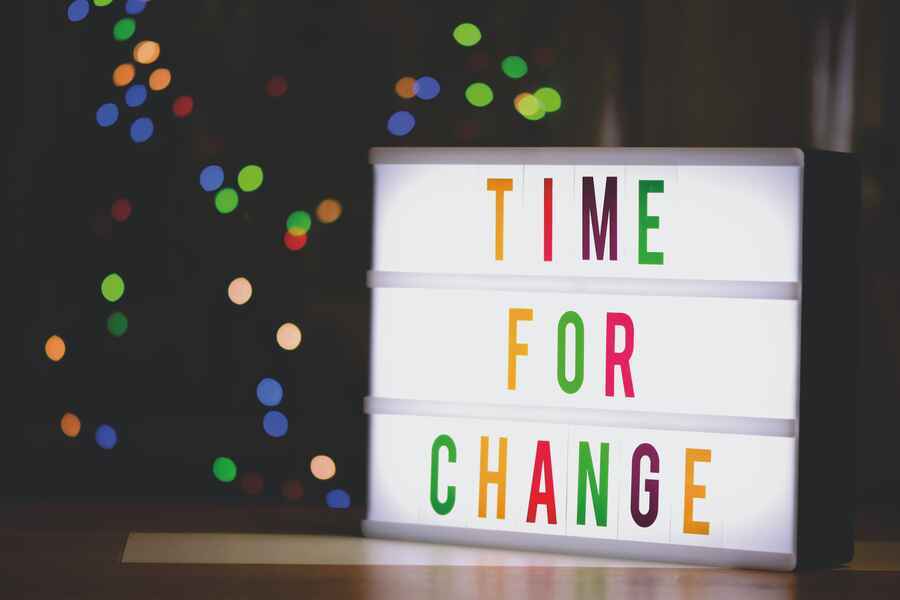 Sun sextile Uranus men or women are the kind of people who do not accept it when others impose their will on them. They question traditions and rules that don’t make much sense to them. As mentioned earlier, they would rather do things their own way.

Although this gives them a rebellious nature, they fight for what is right. For instance, they are at the forefront of fighting injustices and authoritarian rule. As a result, these natives often butt heads with authority quite often.

Dedicated to whatever cause they are fighting for, Sun sextile Uranus natives are drawn to working for organizations that advance social reform. It is also common for these people to be part of thinking movements, where they volunteer their time and energy to make a positive difference in the world. Thanks to their enthusiasm, they make invaluable contributions in such groups, often finding an impactful role to play.

Those born when the Sun is in sextile alignment to Uranus tend to be straightforward and never compromise on honesty. They hate it when people lie and deceive at the expense of others.

This is one of the reasons why these natives oppose establishment groups and authority institutions that try to sugarcoat issues to hide unpleasant truths just to be liked by the public or escape scrutiny and accountability.

Equally, this natal chart placement could lead those born with it to disassociate from groups that fail to live up to their high ideals and noble vision. 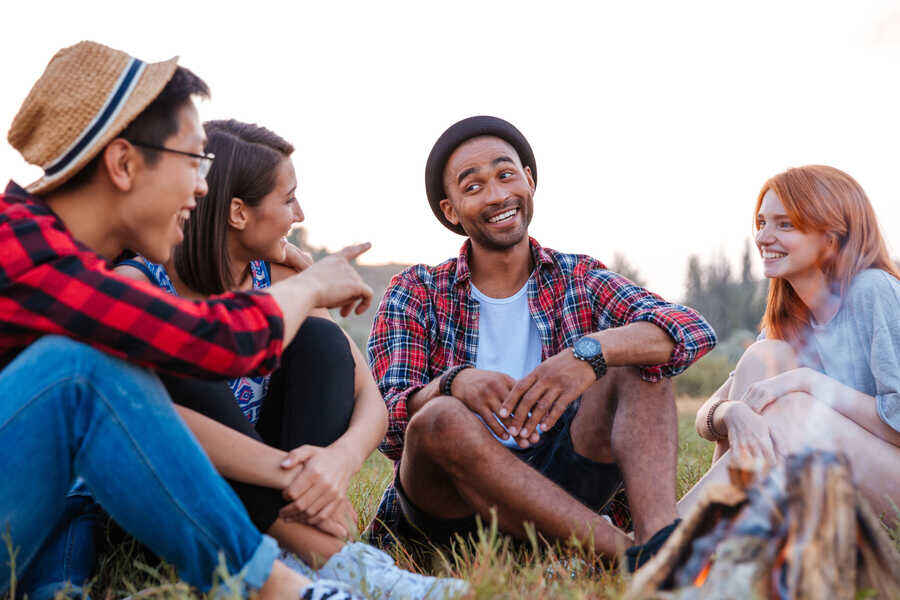 When it comes to how the Sun sextile Uranus people relate to others, they are generally likable. They provide great company, and many people look forward to being around them listening to their stories.

This placement imbues those born under it with a fascinating and electric aura. As such, these natives attract those who have low self-esteem. That is because they have inner strength and vulnerable individuals want to get a piece of it. The Sun sextile Uranus people can also teach others to tap into their inner power.

In astrology, the Sun spends about 30 days in each sign, going through the entire zodiac in about one year. In the process, it transits the planets and forms various alignments or aspects at different times.

Astrological transits tend to reflect our collective reality in the cosmic bubble we all live in, so you will feel the effects of Sun sextile Uranus even if you were not born with this placement in the natal chart.

Generally, this transit stimulates creativity. It will inspire you to step out of your comfort zone and be unconventional in your thoughts and actions. A curious nature and thinking outside the box allow you to discover new ways of doing things, which lead to greater efficiency.

You will also experience flashes of insight during this transit. In these epiphany moments, answers to questions that have been bugging your mind will come to you in uncanny ways. But, you may want to tap into your inner genius by engaging in activities that stimulate it.

You will become more self-aware and gain insights when interacting with others. Therefore, socializing or joining different groups that enlighten you would be a good idea.

Lively discussions with like-minded people may inspire you to work on group projects. And, as long as the Sun transits Uranus in a sextile alignment, you will feel more open and tolerant of other people’s differences and opinions.

More than usual, your mind will probably mull over making positive changes, being original, or coming up with inventive ideas. What’s more, many people will be drawn to science or eccentric interests like astrology and the occult when the transiting Sun forms a sextile aspect to Uranus.

During this period, many good opportunities might also come your way. It is a favorable time to try new things, ideas, and experiments that will broaden your horizons.

Whether the energy of Sun sextile Uranus manifests on your natal chart or in transits, this is an auspicious placement to take advantage of because it brings out positive energy. It will allow you to express your eccentricity, need for change, and innovative ideas through your ego.

The two planets in this alignment energize you to break away from restrictive influences and any obstacles that have been hindering you from expressing your creativity or authenticity. This could mean choosing to be unconventional or even a rebel. Just remember to channel your inventiveness, intuition, and free-spiritedness into creative endeavors or worthy causes.