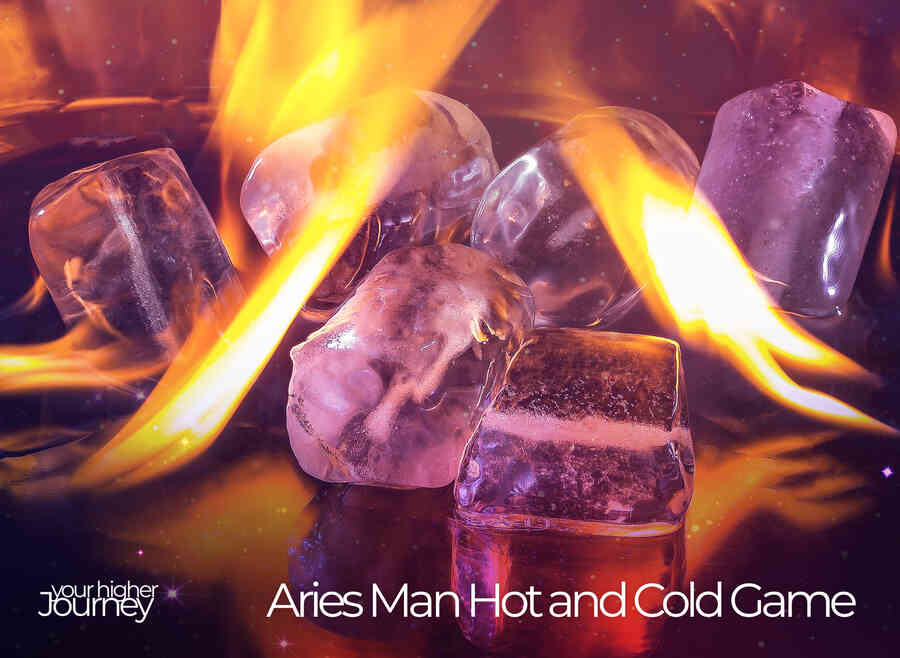 Why do Aries men seem so complicated?

At the root of all of the hot and cold issues with Aries, the real issue is their indecisive tendencies. It’s easy for Aries to flip-flop from one idea to another, talk themselves out of something, and immediately talk themselves back into it.

Still, it can be comforting to figure out the exact issue, and what’s causing your Aries man to go from hot to cold, to hot again, and then cold again. Here are the most common reasons why he acts this way.

This Post At a Glance show
1 1 He’s Easily Infatuated, And “Falls In Love” Quickly
2 2 The Relationship Is Solid, But He Still Has A Few Doubts
3 3 He’s Way More Into The Chase
4 4 He’s Testing You
5 5 He Wants To End The Relationship (But He Still Likes Your Presence) 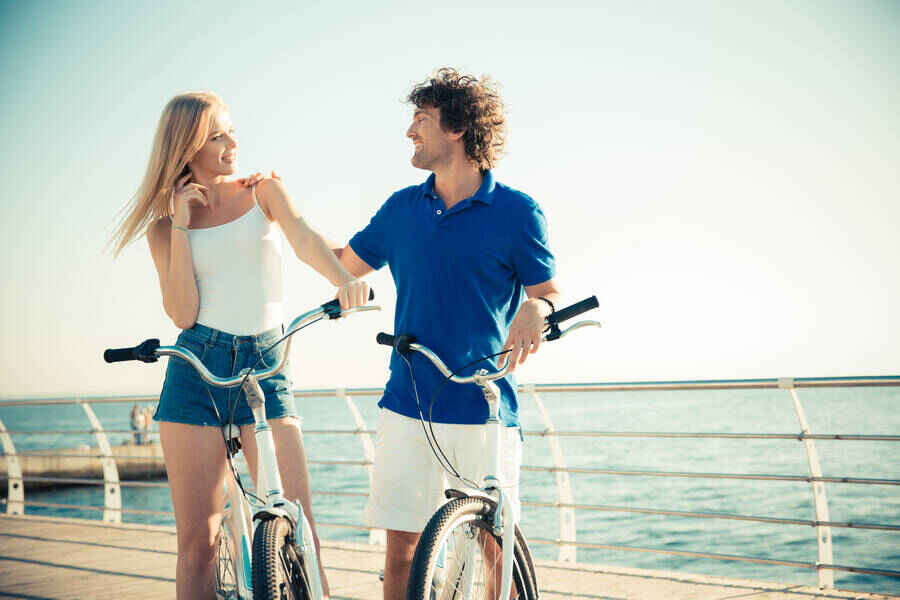 Aries men feel alive when they are on the hunt, especially when it comes to women. But he isn’t necessarily a player (usually), and he isn’t trying to use you.

No, instead he is thrilled by the idea of finding his forever love, and he believes in the idea of love at first sight. Feeling that he has found the right person is intoxicating and so exciting to the Aries man. He is infatuated, excited, and absolutely lovestruck.

It’s so easy for him to forget to ask the important questions or to take a pause to see if it’s a good match. He doesn’t even consider the possibility that there could be a fatal flaw in the relationship or dynamic until it’s way too late.

By the time he comes out of his infatuation stage, it’s been a while maybe even several months, and at this point, you have already let your guard down. This is the problem with Aries. They give you enough time to begin trusting them before they even begin questioning you.

Now Aries men are intelligent. He knows that you really like him, maybe even love him, and he doesn’t want to hurt you.

But those differences linger. On one hand, he feels he needs to get out right away, so he doesn’t hurt you any more than he already has, and so he can stop wasting your time. But on the other hand, wow, he really likes being with you, and he really doesn’t want to hurt you.

This insecurity and general uncertainty shows up as him acting hot and cold. One minute he’s all over you, talking about your future together, planning, gushing and looking genuinely happy. The next moment he seems to be in his head, quiet and reserved.

2 The Relationship Is Solid, But He Still Has A Few Doubts

He may also be playing the hot and cold game for similar reasons listed above, but with fewer, or less significant issues.

For this, he may feel certain that he wants you, and he knows the relationship should work, but there are some issues that need to be tackled.

He doesn’t know how to acknowledge or address the problems that your relationship has, and in a way, he’s just waiting and hoping that these issues will resolve themselves. Again, he doesn’t want to hurt you or get hurt himself. His inner monologue is in turmoil, and he isn’t sure if he should speak up or stay quiet.

It’s also highly possible that he’s holding onto old emotional baggage from a previous relationship, but he isn’t taking the time or energy to sort through it. He isn’t good at initiating this process, and to make matters worse, he doesn’t want to involve you, his partner, in this messy territory. Many Aries men also hold onto traditional perspectives. He may not believe that men should look weak in front of women. This is yet another obstacle that you’ll need to learn to live with, or help him break down.

So yes, he loves you, he wants to spend time with you, and he thinks you’re great. But he also doesn’t want to get you wrapped up into the inner work that he needs to do. He also doesn’t know how to approach differences in a healthy way. Instead of verbalizing these thoughts, he flashes from loving and passionate, to cold and distant.

To overcome this, you’re going to have to break down his walls in a non-threatening way or learn to cope with his silence and periods of distancing himself.

3 He’s Way More Into The Chase

It is really common to see an Aries man come on incredibly strong with an avalanche of sweet texts, gifts, trips, and extensively planned dates. After a short period of this love bombing, though, he may pull back. Usually, this happens right after you begin to reciprocate.

Once you start showing interest in him, he thinks the chase is over and is ready to move on to someone else. It’s not you. He just enjoys the flitters and excitement that come with a new person and a budding relationship.

In this instance, it’s less of a back and forth of hot and cold, and more “scorching hot turns unbearably cold.”

A few men with this mindset have changed though, and ultimately decide to settle down with one person. It’s not common, but when it does happen, it’s because his partner turns equally as cold to him as he is to her. If he sees that she is independent and unbothered by his lack of attention, he will feel drawn to her like a moth to a flame. If he can still get the thrill of the chase from one woman, he will stick around and happily build a beautiful life with her.

If he’s the type of Aries man who wants a long-lasting relationship, he may start to challenge you after the initial infatuation period ends. He does this to see if the relationship has the ability to stand the test of time and to know if you’re genuinely a good fit.

While most people ask screening questions on the first few dates, Aries men prefer to put this stage off for weeks or months.

When he does this, he’s checking to see how you’ll react to him acting distant. Will you shower him with love and affection? Will you go quiet too? Will you blow up on him for being so inconsiderate? Will you have a meltdown because you’re insecure and upset? He wouldn’t act like this if he didn’t think there was a strong possibility that he wanted you to be together long term. So while it’s not a good idea to test one another, he does it out of love and the hope that you’re compatible enough to work things out.

Oh, and which of the above reactions is he looking for? Most Aries men will best respond to you by gently giving him space without completely ignoring him.

Aries men need an independent woman who can spend time alone, happily, without feeling insecure or helpless in his absence. Maybe send him a short text or a quick voicemail to let him know that you’re thinking of him, but don’t pressure him. You have to be a safe, understanding, and comfortable space for him.

It’s also crucial for you to consider if you’re okay with someone who occasionally retreats in the relationship. If that doesn’t bother you, you and he can have a fantastic, healthy relationship.

If, however, distance upsets you, you should consider breaking it off because this is a trait that he is highly unlikely to drop or modify. Your feelings matter, too, so you should take the time to consider what is and isn’t healthy for you. 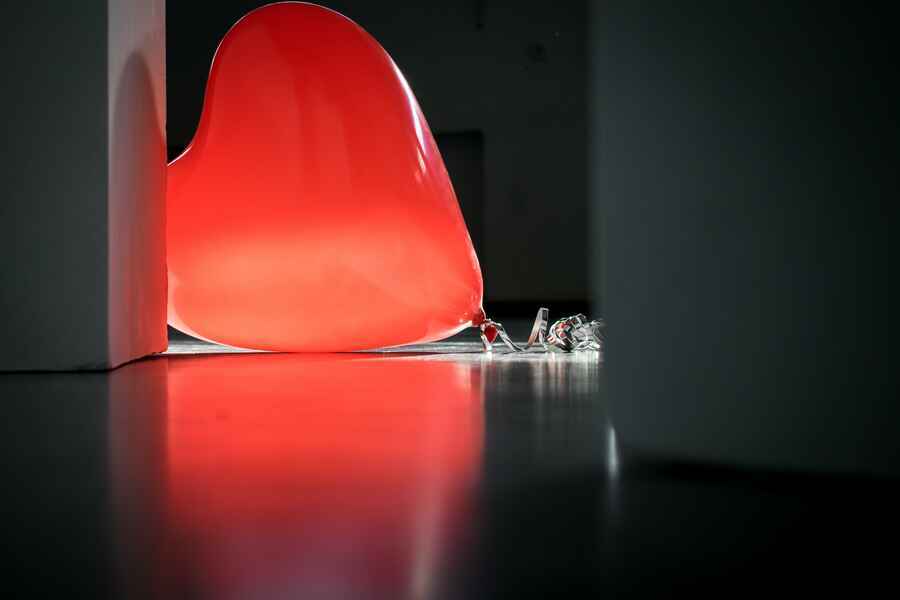 Aries men do not like confrontation or the possibility of conflict.

If you’ve been in a relationship with him for a while, he’s not going to feel that ghosting you is a viable option. While he is immature at times, he does have a conscience, and he doesn’t want to upset you.

Unfortunately, though, this trait will make him drag out the relationship. He doesn’t want to be outright and break up with you. So instead, he resorts to playing the hot and cold game. Partially this is due to him hoping it will push you to break up with him. But it also stems from the fact that he likes being around you, so he is doing his best to delay the inevitable.

His “hot” periods are because he likes you, enjoys your company and appreciates what you have together. When he acts cold, he’s pushing you to make the first move towards a breakup, and he’s lost in his head, feeling guilty, sad, and insecure about his decision to end things with you.