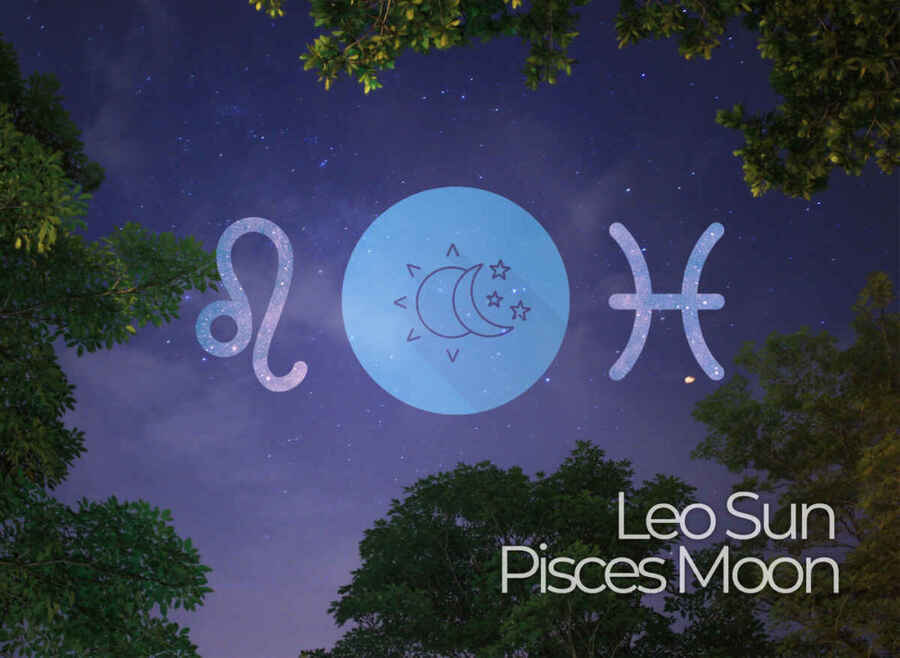 When it comes to horoscopes, everyone has a sun and moon sign. For most people, both of these astrological symbols tend to be different. The reason for that is the moon moves pretty fast across all the 12 zodiac signs in just one month.

So, for those born with the sun in Leo and moon in Pisces, what does this mean for them? Well, individuals with this personality are intriguing and have plenty of layers. In this guide, you can find out what influences the Leo sun Pisces moon birth placement has on their traits.

In astrology, the sun sign represents the personality traits that you shine out to the world. One of the most influential forces in the zodiac, it reveals your true self.

Ruled by the sun, Leo is a fixed fire sign known for being ideological, strong-willed, dramatic, and gifted.

In contrast, the moon sign influences our emotions, subconscious, and inner life. It reveals the private side of you that only close companions get to see. Ruled by the planet Neptune, Pisces moon individuals come off as kind and sensitive.

What Are The General Qualities Of Leo Sun Pisces Moon? 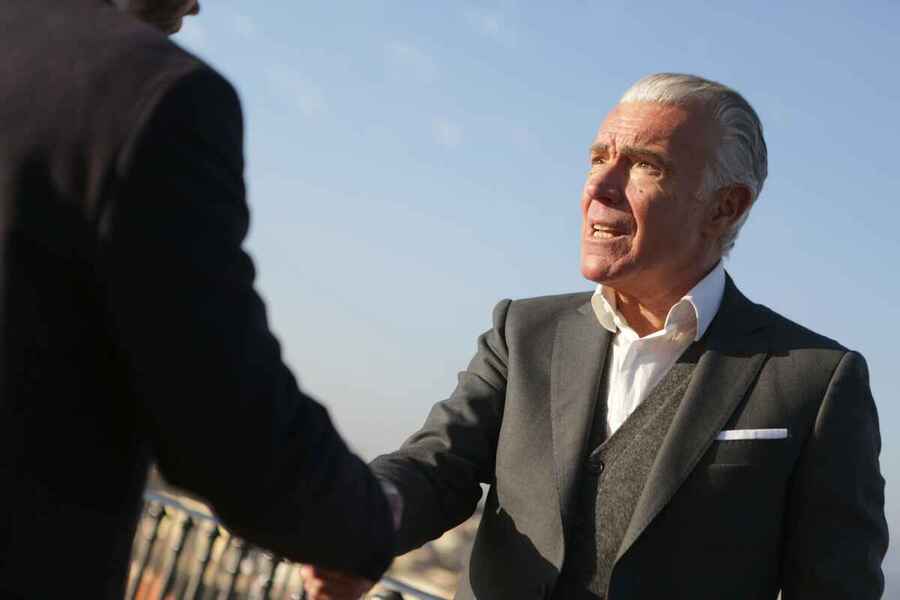 The desire to achieve greatness comes naturally for these people. They are very hardworking and determined. These qualities motivate them to stop at nothing when chasing their dreams.

Other people might not realize how determined these natives are because of their cool, calm, and collected exterior. They also do not like to talk or gloat about their plans, goals, or achievements.

People born during a Leo sun and Pisces moon often turn out to be extroverts. Comfortable being in crowds, they are usually the center of attention and can make good leaders.

The attention they get from others makes them tick. It makes them feel accepted for whom they are, which is a charming, loyal, likable person.

The need for an active social life expressed by these beings stems from the fear of solitude. But, this is also because their overactive imagination can cause them to veer off into dark, scary thoughts.

3 They Have a Confident Demeanor & Secret Soft Side

The Leo sun Pisces moon man or woman projects a confident image. Their magnetic presence is a quality that many people find attractive and intriguing.

However, these individuals also have a sensitive and emotional side that they don’t expose to others. They may appear cold and self-assured in public but are sensitive, emotional, and sentimental on the inside.

1 They Are Socially Gifted 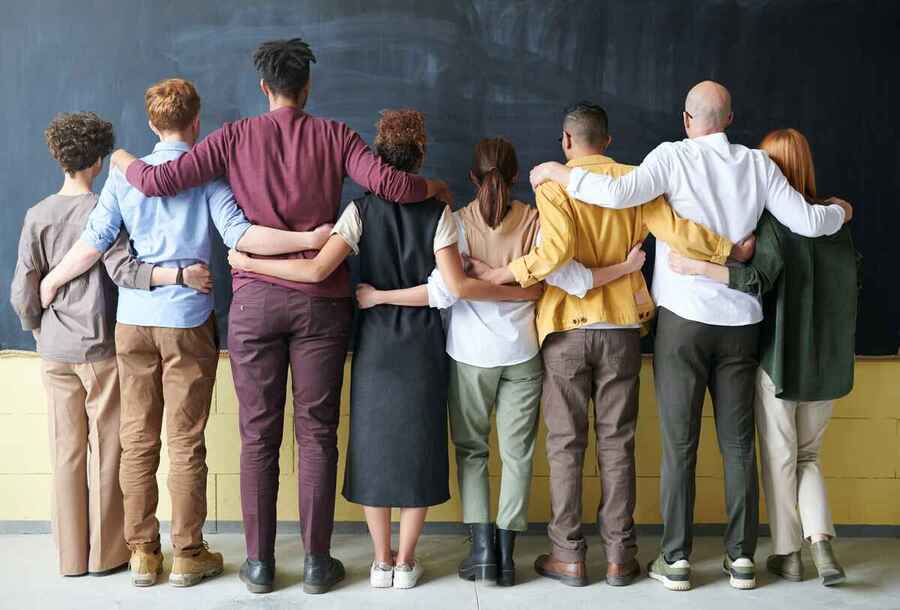 Typically, most people with the Leo horoscope are naturally kind and always the first ones to see the good others. When influenced by a Pisces moon, they can also be sensitive, tender, gentle, and astute at reading others.

With this combination of values, these natives know how to deal with people without offending anyone. As a result, they are good listeners and try to help those around them. In tune with their emotions, they can give sound advice to those who confide in them.

What’s more, the social nature of these individuals can work to the advantage on a professional level. Their ability to charm others with their softness can help them thrive in business.

One of the quintessential traits of persons with a Leo sun Pisces moon personality is the ability to be creative. They like to daydream and have an inner world that can be wildly imaginative.

Usually, these people are at their happiest when putting their creative energy to use. Reading and even writing stories can be some of their favorite hobbies. They would do well in a creative field like acting, filmmaking, or writing.

3 They Have a Strong Work Ethic

Another positive trait of the Leo sun Pisces individual is a strong work ethic. Dedicated and motivated, this is the kind of person that never lowers his/her ethical standards.

You can rely on these natives because they are usually honest, trustworthy, and loyal. What’s more, they often expect the same from others.

1 They are Terrified of the Unknown 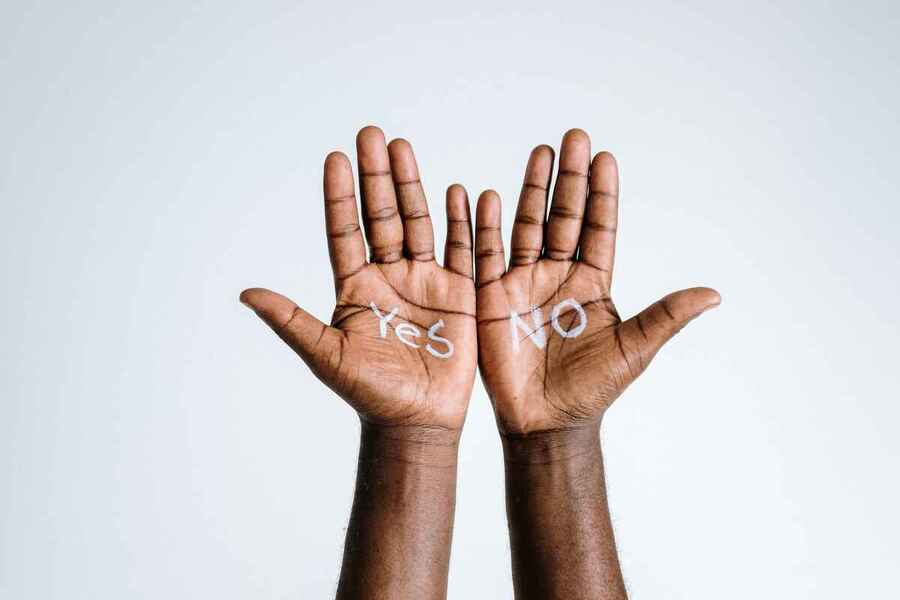 Individuals influenced by the Leo sun Pisces moon zodiac signs are terrified of things that they don’t have control over. Their vivid imagination can make them tense and nervous when they start visualizing things that are not real or irrational fears.

When alone, their fears only get worse. Therefore, it wise for these individuals to maintain an active social life or channel their creative energies toward something constructive. Staying spiritually connected can also help them not to lose sight of their inner feelings.

Leo sun Pisces individuals can be naively optimistic and at times detached from reality. Idealistic in nature, they sometimes unrealistically aim for perfection. As a result, it is not uncommon for these personalities to set very high life goals that may be impossible to achieve, for which they unfairly blame themselves upon failing.

3 They Have a Hard Time Saying No

Leo sun Pisces personalities are selfless and have a hard time saying no. As such, they don’t think twice when somebody asks them to do something.

However, putting the needs of others ahead of their own can drain them physically and emotionally. As such, they need to create a balance between helping others and doing things for themselves. 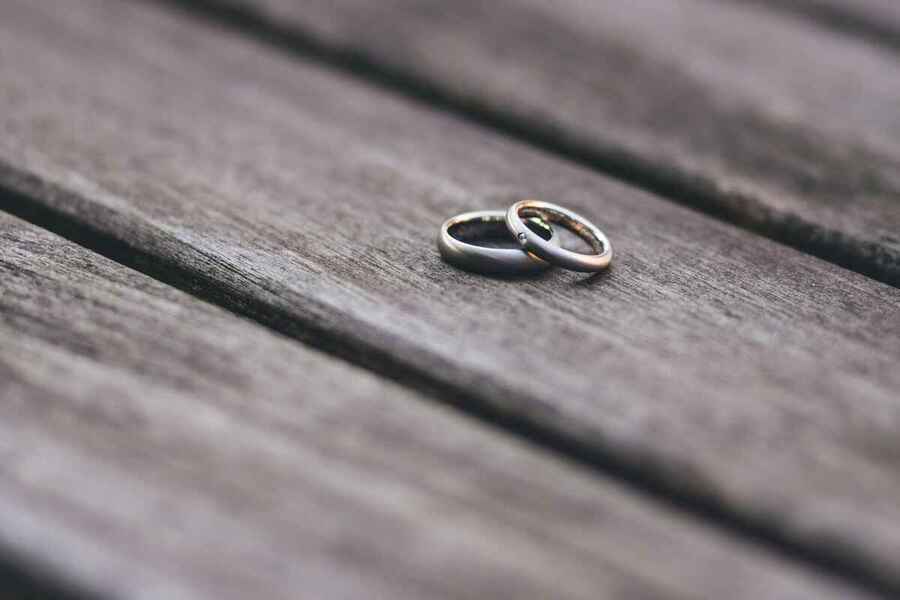 When it comes to relationships and marriage, people with the sun in Leo and the moon in Pisces can be quite romantic. They have a flair for the dramatic when it comes to expressing how much they care about their significant other. So, it is not uncommon for them to try and impress with grand gestures like extravagant gifts or dates in fine dining establishments. When they fall for someone, they take pride in showing the world that they have found their soul mate.

Although these natives are generally loyal, the Pieces in them can bring out deceptive influences associated with the planet Neptune. Therefore, sometimes they can cheat on their partners. They are compatible with someone who is emotional and understands their need for affection and strong expressions of love.

Leo moon Pisces personalities are also good with children. They could make great parents but prone to spoiling their kids.

If you are a Leo sun Pisces moon native, you may be curious to know which famous people also share this astrological combination. Well, the list is long. But, some of the world-renowned celebrities include sprinting Olympic champion Usain Bolt, blockbuster movie star Jason Statham, billionaire philanthropist George Soros, and legendary Scottish knight William Wallace, to name just a few.

Having Leo sun Pisces moon zodiac symbols puts you under the influence of two opposing forces. It is a combination of a fire and water sign that brings out very different natures. On the one hand, you possess the confident, determined, and aggressive majesty of Leo, while on the other hand showcasing the sensitive & intuitive side of a Pisces to produce what is a very kind, loving, generous, and likable personality.