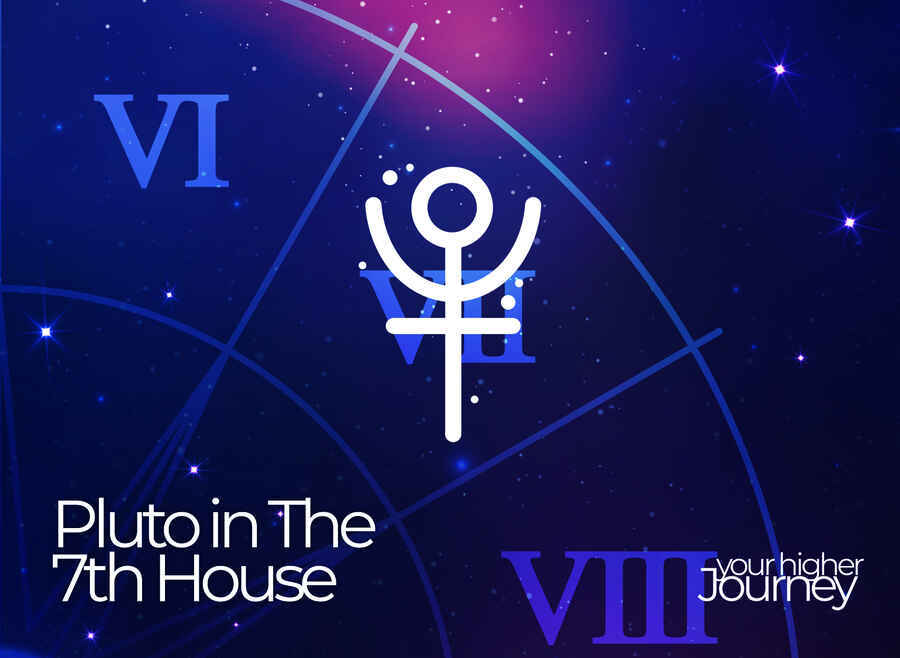 If you have recently had your birth chat reading and discovered to have Pluto in the 7th house, it is only natural to want to know what this portends for you.

What does it mean for your personality? How will it influence your relationships with other people?

These are likely some of the questions, among many more, that may cross your mind. When Pluto finds a home in the seventh house of your natal chart, first of all, it is prudent to understand the astrological significance of the cosmic forces that are at play.

Once that becomes apparent, you will have a clear understanding of what to expect from this placement in the natal chart. By the end of this article, you should have the answers that you seek.

Astrological Interpretation Of The 7th House 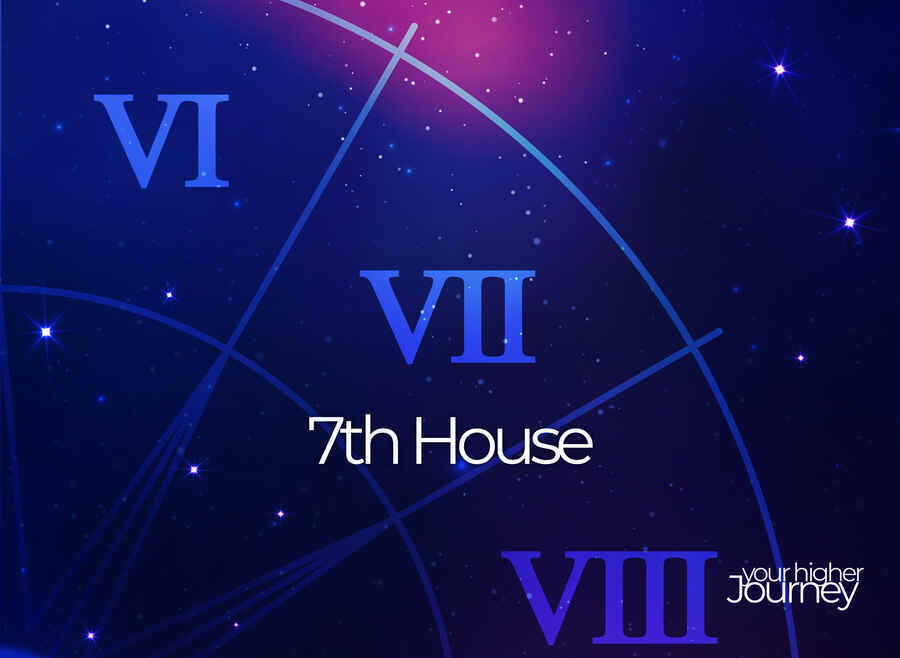 Houses in astrology rule particular areas of our lives. There are twelve different ones that exist, each one unique in its own right.

In this particular case, the Seventh House governs relationships and how we interact with other people. Planets that fall within this cusp of the natal chart provide information about how people behave and portray themselves within social circles.

It also reveals a lot about the kind of relations we form with the outside world. As a result, this is considered the house of social activity.

Many astrologers consider the seventh segment of the birth chart as the domain of partnerships. Of course, that would affect the dynamics of romantic relationships. Therefore, a close examination of the 7th house could tell us about a person’s romantic inclinations, as well as details regarding marriage, breakups, separations, divorce, and even the likelihood of partners getting back together.

However, the seventh house of astrology is not limited only to romantic partnerships. It may also point to other forms of collaborations such as the connection between business partners, legal parties, a parent and a child, a student and a teacher, a patient and a doctor, and so forth.

It is also worth noting that this angular house is ruled by Libra, one of the most unprejudiced signs of the zodiac. That explains why the seventh field of astrology is often referred to as the House of Balance.

Pluto – The Underworld Planet Of Darkness 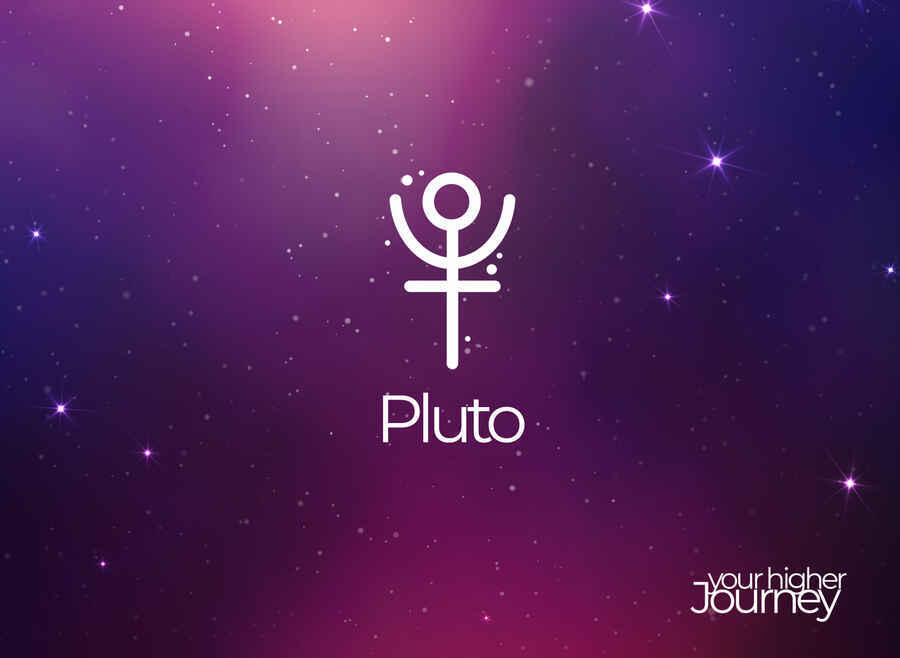 In astrology, Pluto belongs to the collective or transcendental category of outmost planets. It takes 248 Earth years to make one revolution around the sun, something that it has not yet completed since it was discovered.

One of the most distant, and hence slowest moving planets, it remains in the same zodiac sign for years. As a result, Pluto is known as a generational planet given that it affects many people in pretty much the same way.

Titled the god of the underworld and afterlife, Pluto is associated with death. As such, its cosmic energy is transformative. That also means that Pluto awakens the inner need for change.

However, this is an area where many people struggle because it is human nature to take comfort in the security and stability of what is familiar.

Resisting the transformative power of Pluto can lead to painful struggles, whereas embracing it actually leads to rebirth, growth, enlightenment, and a sense of awakening. Consequently, this planet possesses both the power to heal or destruct.

Pluto is also known as the dark planet because it resonates with our deepest and darkest desires. It relates to possessiveness, obsessions, carnal desires, paranoia, manipulation, envy, and destructiveness.

What Is The Significance Of Pluto In The 7th House?

Having Pluto in 7th House on your birth chart creates an interesting dynamic.

On the one hand, the cosmic influences of the planet of power influence a need for control. That means that the Pluto native will always want to have the upper hand.

On the other hand, these cosmic influences play out in the house of partnerships, thus setting the stage for constant power struggles. The effect that this has on romantic relationships manifests in various ways.

The Pluto native is reluctant to make a commitment and showcases a stubborn unwillingness to give their heart to a partner. While this individual yearns to have a fruitful relationship, the thought of being vulnerable triggers hesitation. The reason for this behavior usually stems from a deep-sited fear of losing control.

To maintain power in the relationship and control over their partners, natives with Pluto in the 7th House tend to be drawn to people who are possessive, jealous, obsessive, or hopeless romantics.

They would rather be in a situation where they mean the world to their partners, but they refuse to be subdued in such a manner. However, never underestimate the impact your actions can have on this interplay.

Individuals with Pluto in 7th House deal with power struggles all the time. It is not just in their romantic relationships. This can also play out in all sorts of partnerships. Their need to be in control may seem manipulative, but it stems from a place of fear.

They believe that they are best suited to handle problems and will try to do everything without involving the opinion or input of others in an attempt to keep things calm and normal.

The issue of who holds the power in the relationship becomes a source of conflict. It may sabotage the union, leading to its complete breakdown.

People who date or deal with individuals with Pluto in 7th House often feel unappreciated because their commitment to the partnership is usually not fully reciprocated. Of course, this leads to strife, bitterness, or disappointments.

Furthermore, your unwillingness to commit can bring out the worst in others. It serves as a catalyst that manifests their most primal instincts and fears.

Your partners end up becoming suspicious, jealous, and distrustful out of fear of losing you because of perceived betrayal, even if you were, in fact, deeply loyal. Someone is likely to get hurt in such a scenario because of insecurities that end up breaking things apart.

The Pluto in 7th house person may play the victim as a defense mechanism. However, this often does not work because over time they end up being haunted by all the past failed relationships. Guilt along with the resentment and feelings of persecution from ex-partners ends up eating them up on the inside.

If you have Pluto in the Seventh House, the outlook for relationships may seem grim, but there is a silver lining.

Partnerships will serve as an avenue for your personal growth and transformation. Through trying relationships, you will explore deep emotional complexes that test the depths of your interpersonal skills.

Pluto’s transformative power will set you on a path of evolution, one that eventually leads to personal growth and self-confidence.

Having Pluto in 7th House is not a favorable placement on the birth chart when it comes to the viability of all sorts of partnerships. There is a need to exercise caution in your relationships since the power dynamics instigated by the cosmic forces at play not only affect you but also the people around you. They also have an impact on your public reputation.

There are some measures that Pluto in 7th House natives can apply in order to increase the chances of long-lasting and fruitful partnerships.

For instance, think through your choice of romantic partners. Instead of choosing potential partners based on your ability to control the power dynamic in the relationship, make choices that try to balance the deep, disabling, and paralyzing fear of betray of losing someone. Doing so can prevent you from repeating the same pattern in future relationships or partnerships.