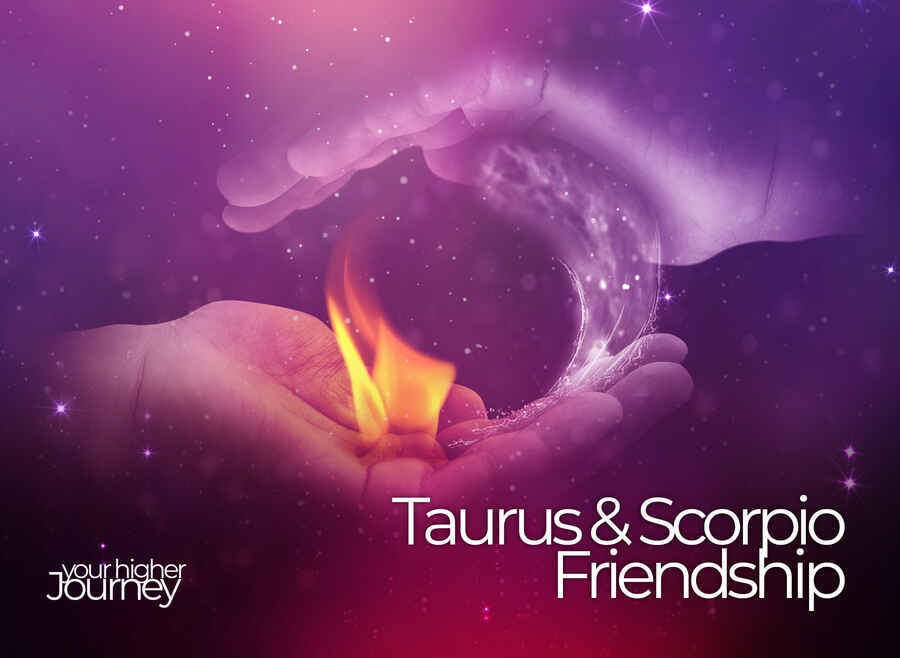 Taurus and Scorpio form the opposing signs of the zodiac. Because of their polarity, there is an instant attraction between them. When they come together in any form of union, whether it is friendship or a romantic relationship, they feel like they have found the other half of their soul.

Taurus and Scorpio are both interested in worldly pleasures. While Taurus is known for its thirst for wealth, Scorpio seeks power and authority. Because of their mutual interests, they form a powerful duo capable of accomplishing everything they desire.

However, the relationship is not always sunshine and rainbows. Taurus values honesty above everything else, which might not sit well with the secretive Scorpio.

This Post At a Glance show
1 Union Of Venus, Mars & Pluto
2 When Earth Sign Meets The Water Sign
3 The Bull And The Scorpion
4 The Bond Between Two Stubborn Friends
5 Effect Of Scorpio’s Dark Side On The Relationship
6 Taurus And Scorpio As Lovers
7 Taurus Man And Scorpio Woman
8 Taurus Woman And Scorpio Man
9 Taurus and Scorpio Friendship: The Bottom Line

Venus, the goddess of love, rules Taurus. Known as the down-to-earth sign, Taurus is loving and sensitive because of the influence of Venus. This delicate nature makes Taurus a lover and appreciator of all things beautiful.

On the other hand, Mars and Pluto rule Scorpio. While Mars is an action-oriented planet, Pluto is known for its darkness and secrecy. Mars gives Scorpio its need to dominate everyone, while Pluto brings darkness to its personality.

Both signs could not be further apart in their traits. While one seeks comfort in love and beauty, the other is obsessed with power and dominance. Scorpio’s love for authority can sometimes hurt their relationship, as Taurus does not like someone to control him.

Both signs need to understand each other before they can create a bond that lasts for a lifetime.

Just like their personalities, Taurus and Scorpio’s elements are also opposites.

While Taurus is an Earth sign, Scorpio is a water sign. Both natives are very stubborn, which means getting them to accept changes can be very challenging. However, Scorpio’s water element allows it to adjust to new situations, giving Taurus the sense of security it craves in a relationship.

On the other hand, the Earth element allows Taurus to remain focused and resilient. This attention compliments Scorpio’s personality that often has a hard time focusing on its goals. While Scorpio admires the dedication and logical mind of Taurus, Taurus loves the possessiveness of Scorpio.

The most remarkable aspect of the bond between Scorpio and Taurus is their commitment to each other. Once a relationship is formed between them, both signs try to do everything in their power to keep each other motivated and happy.

This determination empowers them to accomplish goals that they set for their relationship and keep fighting for each other when they find obstacles in their way.

The Bull And The Scorpion 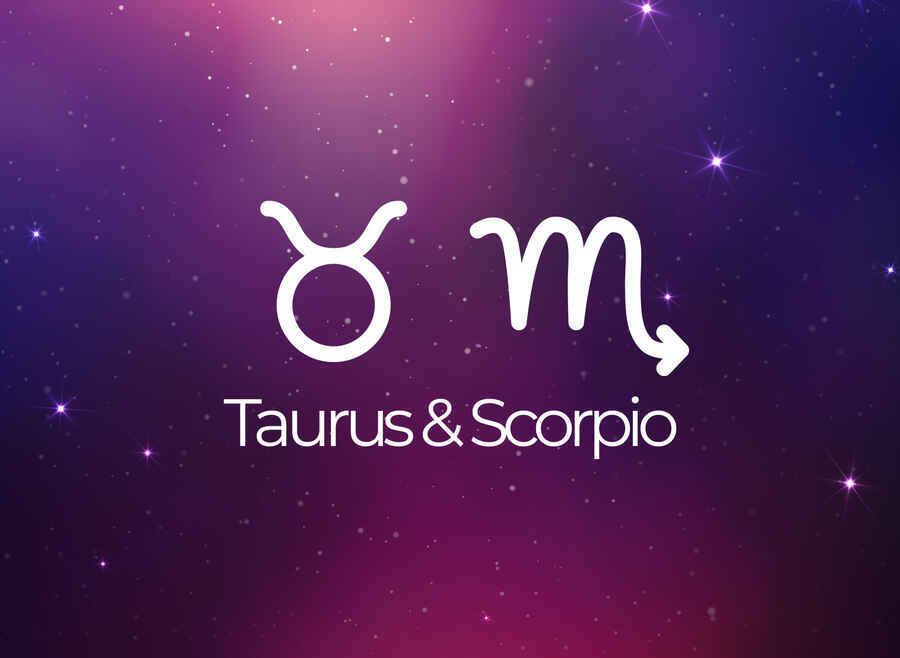 Every Zodiac element is assigned a symbol that best describes its personality.

For Taurus, that symbol is the bull, and for Scorpio, it is the scorpion. Taurus, like the bull, is known for its emotions, determination, and power. While the bull seems fierce and angry, it is gentle and capable of loving intensely.

The scorpion, on the other side, is often misunderstood by everyone. Only a few can understand scorpion’s darkness and accept its weaknesses, and one such sign is Taurus. When both these signs love and accept each other’s flaws, it gives birth to a relationship that has the potential to last a lifetime.

However, when the bull’s stubbornness collides with the scorpion’s darkness, their relationship can become bitter. Therefore, Taurus and Scorpio need to help each other get through their flaws instead of falling apart when things become difficult.

The Bond Between Two Stubborn Friends

Individuals with Taurus as their sign crave stability in life. On the other hand, Scorpio’s water sign is responsible for its constantly changing emotions.

While neither wants instability, Scorpio’s rapidly changing moods can create problems between them. When difficulties arise, Taurus only bothers to look at the surface, ignoring what is going on deep inside its Scorpio friend.

Because both individuals are stubborn and set in their ways, neither comes forward to communicate their thoughts, which often causes the relationship to collapse. If such a situation arises, Taurus and Scorpio need to realize the significance of working together to make the relationship a success.

Scorpio can teach its Taurus friend to read between the lines and understand that the surface does not tell the whole story. On the other hand, Taurus can tell Scorpio the reason why it craves stability. When both parties communicate what they are feeling, nothing can break this strong bond.

Effect Of Scorpio’s Dark Side On The Relationship 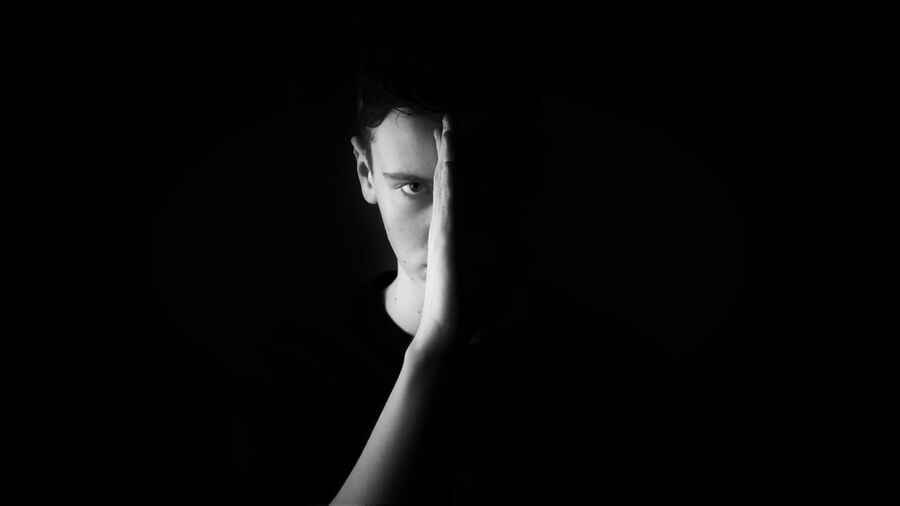 It is no secret that Scorpios are dark creatures. Because of Pluto’s influence, they not only crave darkness but become a part of the dark when they accept their true selves.

The problem arises when others see Scorpio’s darkness as a barrier to getting to know them. However, this never becomes a problem for Taurus, as it easily navigates its way to Scorpio’s core.

Despite everything that is associated with Taurus, it is a noble sign that craves love and affection. However, when Scorpio gets too deep into its darkness, it often tries to carry Taurus to the other side. While Taurus accepts Scorpio’s personality, it cannot survive without the light.

Scorpio needs to understand the personality of Taurus and never let its darkness overtake Taurus’ light. When both signs come together without disrupting each other’s core traits, they become inseparable.

However, such a bond needs time and commitment to become solid. Without the effort, their bond can never achieve its full potential.

Taurus And Scorpio As Lovers 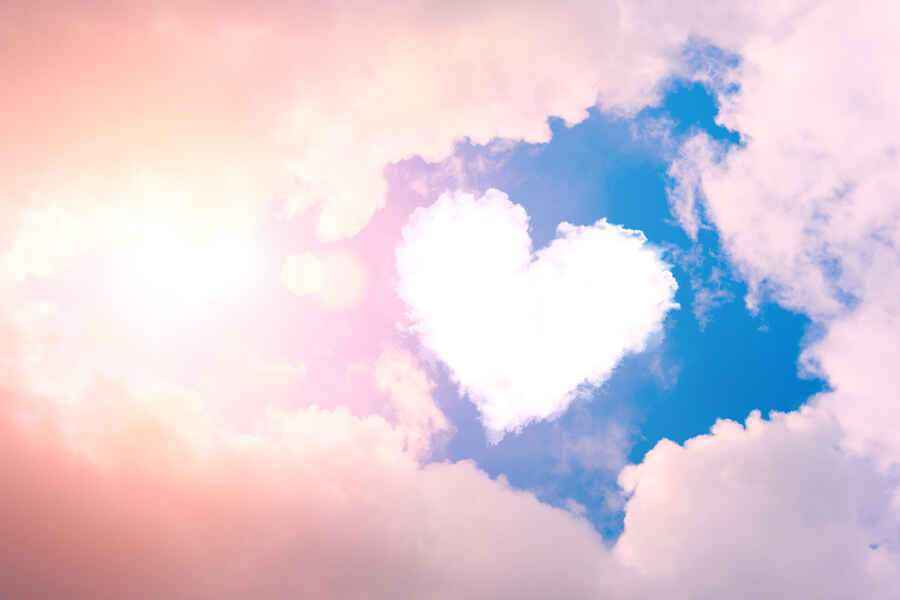 Both help each other grow in the relationship.

Scorpio helps Taurus understand its inner darkness, while Taurus allows Scorpio to see its hidden beauty. In this relationship, both individuals get to experience a new world of mysteries, secrets, and above all, a profound emotional transformation.

However, things go awry when neither is willing to sacrifice its stance. Every relationship requires sacrifice. But these two signs keep on teasing the other in hopes of being the last one standing. To make their relationship work, they need to realize that they cannot win every battle with their partner.

Taurus Man and Scorpio Woman are a match made in heaven. Taurus man looks for stability and fun, which he finds in a Scorpio woman. She dazzles the Taurus man with her charms and secrecy, which makes him crazy. Both are immediately attracted to each other, making their relationship usually romantic.

Even when Taurus man and Scorpio woman are just friends, their bond is based on admiration for each other. They understand one another on a deeper level, which is why they often become best friends.

Even when they get married to other people, their bond allows them to stay connected and continue helping each other when life throws its challenges.

However, their relationship can become complex when Scorpio woman becomes too secretive. Taurus man loves to rely on people he loves. Therefore, he often looks for a companion that is trustworthy and honest. Once a Scorpio woman wins the trust of her friend, their bond becomes everlasting.

Because of their polarities, Taurus woman and Scorpio man cannot help but be attracted to one another. However, this relationship faces a lot of challenges. While a secretive woman looks powerful and feminine, a mysterious man can lose his partner’s trust.

This is precisely what happens when a Taurus woman and a Scorpio man form a relationship. Taurus woman’s stubbornness can also annoy the Scorpio man, making their relationship problematic. Both become annoyed with each other, which causes them to drift apart.

To make their union a success, both need to accept each other flaws and communicate their concerns so that they can form a partnership based on trust. When they finally understand each other, their relationship takes a turn and becomes a bond that is there, even in the darkest of times.

The friendship between Scorpio and Taurus is unique as their polar opposite personalities make their union strong, but at the same time, open to conflicts. In such a relationship, both individuals need to understand each other and realize that not everything can be perfect.

Every individual has its weaknesses and strengths. Scorpio needs to stop controlling everything and start giving the space its partner needs to feel like themselves again. On the other hand, Taurus needs to stop pressurizing Scorpio as humans cannot be perfect.

When both find the balance, they can find eternal peace and happiness with each other.