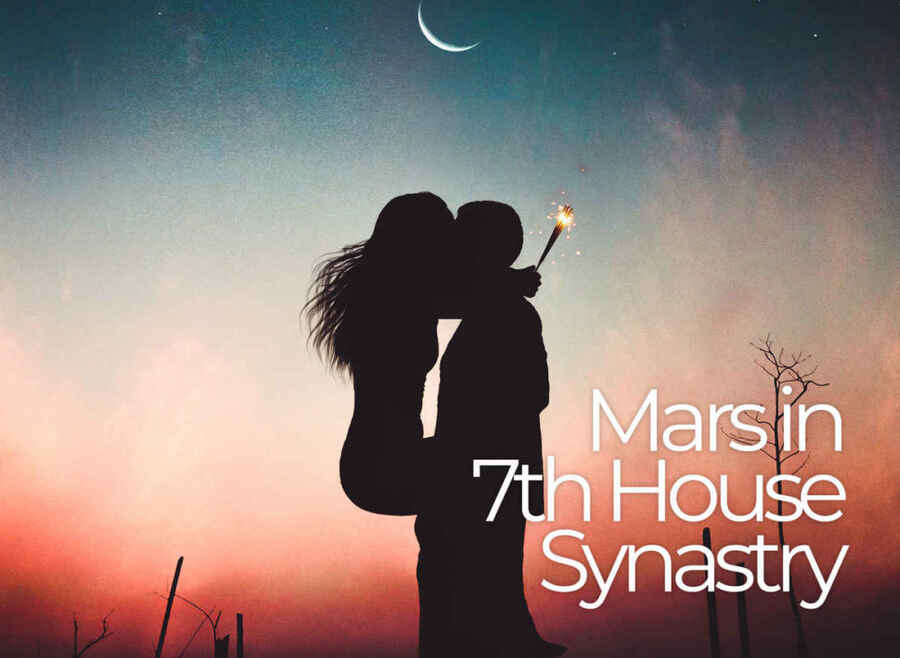 If you have recently discovered that your budding relationship is a Mars in seventh house synastry, you might be confused about what it means.

Does it mean you and your partner are compatible?

It is understandable if the above questions and many more have crossed your mind. When Mars in a person’s birth chart joins with a person with a seventh house chart, it is best to first be aware of the individual energies.

Once this is done, it is only then you can understand the conjunction of Mars and the seventh house in a synastry.

In this article, we will take the above approach so you can discover what this synastry means for your relationship.

But it is not all doom and gloom though as the planet also depicts determination, ambition, strength, energetic personality, confidence, honesty, honor, and initiative.

Mars persons can be usually identified with the following traits:

Individuals with Mars in their natal charts breathe and exude passion in everything they do. Their passion makes them continuously bubble with energy which can be too intense for most people.

Since they never do things halfheartedly you can usually count on them to see things through to the very end.

Mars individuals are adept at taking on-the-spur decisions without thinking about it beforehand.

This attribute makes others see them as risk-takers, who are always out for a good time. And it is a major reason people are so attracted to them.

In any case, this impulsiveness also makes it hard for them to control their emotions.

Persons influenced by Mars are usually ambitious and determined. When these personalities have a goal, nothing can stop them from achieving it.

They have bag-loads of confidence in themselves and believe they can get anything their heart’s desire. Not surprisingly, they invariably get their wish.

These individuals have a dominant personality that can be intimidating to others.

Mars people usually capitalize on this intimidation to tell others how to live their lives. They are fond of giving unsolicited advice or involving themselves in other people’s affairs. They also tend to get angry when people refuse their interfering.

Ironically, they do not appreciate the same interference in their lives. They think nothing of being rude to anyone who would meddle in their business.

People with Mars in their natal chart enjoy getting reactions out of people. They love doing or saying outlandish things to elicit outbursts from others.

Their need to provoke others makes them loud and attention-seeking. They have a reputation for being tactless and devoid of diplomacy.

6 They are great organizers

People influenced by Mars are natural managers and organizers. They have a knack for seeing the big picture. In addition, they have no problems detaching their emotions from a problem and taking a decision irrespective of how painful it might be.

It is this trait that makes them a magnet to people needing advice devoid of sentiments. You can usually find Mars persons in the managerial positions of their workplace.

On its part, the seventh house rules over all types of relationships and partnerships.

It is commonly known as the house of marriage because it governs where one meets and attracts their future partner.

The planet Venus rules this house and besides, it corresponds to the Libra zodiac sign.

The meaning of the seventh house

The seventh house provides a deeper understanding of relationships.

It determines your expectations in a relationship (whether business or personal), your choice of partner, and your feelings about commitment. Through the seventh house, you can easily find out if your marriage will be filled with conflicts or deeply satisfying.

The seventh house also oversees breakups and divorce. In addition, it can be used to find out business decisions such as whether to consider partnering with other people or working alone.

In addition, the seventh house gives insight into your relationship with archrivals and open enemies. It could tell you if you are able to overcome your enemies or if you have no enemies.

In essence, the seventh house helps you to shape their identity in situations where relating, of any kind, happens.

The Significance Of Mars In Seventh House Synastry 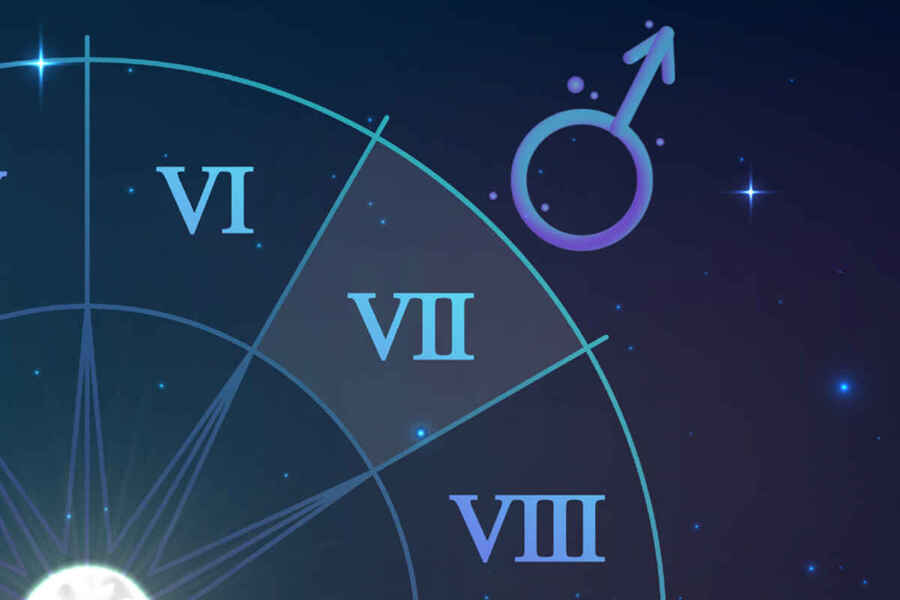 Mars in seventh house synastry is indicative of an intense attraction between both persons. This results in both partners having a passionate relationship.

The relationship usually starts off with Mars approaching the seventh house person and conveying their desire to be in a relationship with them.

This approach and the Mars individual’s subsequent display of affection can be quite direct and even come off as aggressive. But this is not a turn-off for the seventh house person.

Most people are usually drawn to Mars energy and magnetism, and the seventh house person is no different.

However, this relationship will only happen if Mars is in harmony. If Mars is distressed or afflicted, the seventh house can interpret their energy as dangerously aggressive and intense. This could then make them scared of being in a relationship with the Mars person.

You Might Also Like:  How to Tell If a Libra Woman Likes You – 8 Signs To Look For

But if both parties are already in a relationship when Mars is afflicted, the Mars person could be a source of constant tension in the relationship. And this could in turn cause conflicts that can lead to breakups.

Mars In Seventh House Synastry – What Does It Mean Overall?

Mars in seventh house synastry is a match that perfectly combines the assertiveness of Mars with the attraction and persuasion of the seventh house.

The daring and aggressive Mars can cause an urgent need for the seventh house to accept their proposal for a committed relationship.

This creates a romantic relationship that brings out the assertiveness of both partners. Just as long as the seventh house person remembers to fight their corner and prevent the Mars person in the relationship becoming too dominant.

Find Out More About Planets In The Houses...